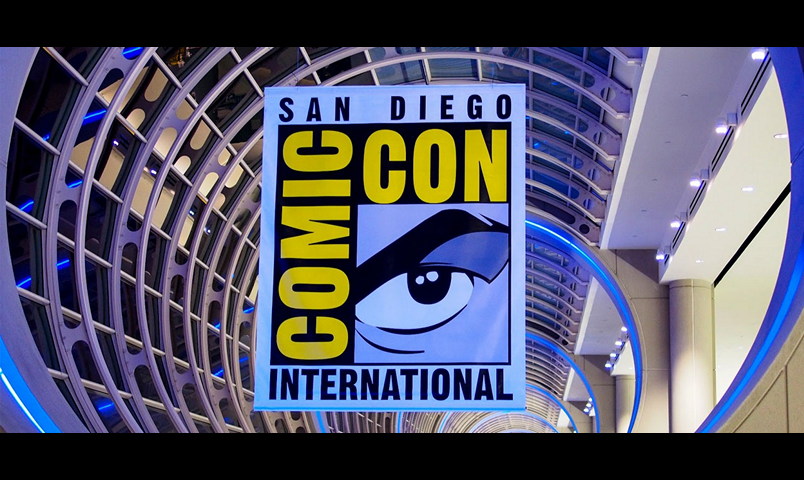 Hello fellow Citizens!  Here you will find our notes from the Star Citizen panel at San Diego Comic Con! SDCC Star Citizen Panel Notes – In Star Citizen, focusing on building the universe.  This is...

Hello fellow Citizens!  Here you will find our notes from the Star Citizen panel at San Diego Comic Con!

– In Star Citizen, focusing on building the universe.  This is often different in games, movies, and TV shows where you come up with the story and then build the universe around it.

– Wing Commander was good guy vs bad guy in the vein of World War II – Kilrathi were Japanese and Confederation was the US.  With Star Citizen, building the universe takes top priority and then tell stories within it.

– Focus in Star Citizen is to do what you want, be who you want, go where you want.

– UEE is spread out, struggling to maintain the empire.  Only so much it can do to keep the empire together in the face of civil unrest and economic pressures.

– Squadron 42 is much more reminiscent of Wing Commander – big space epic where you play a UEE Navy pilot.

– Wing Commander based on WWII.  Star Citizen based on the decline and fall of Rome.

– Wanted to build out the history of the universe, the corporations, the planets, the characters so that they would have a rich setting to tell a lot of stories.

– Vanduul – they’re analogous to the Visigoths – pushing in from the western side of the UEE.

– Banu are on the southern side of the UEE, not antagonistic.  Merchants and traders.  Analogous to North Africa and Middle East in Roman times.

– Xi’An are on the eastern side of the UEE.  They are analogous to the Persian Empire or the Chinese.  Very old, been around for 10,000 years.  Cold standoff between the Xi’An and UEE.  Trade and do business together but don’t trust each other.  Similar to China and the US present day.

– Terra: Up and coming rising socioeconomic power. If Earth is Rome then Terra is Constantinople.

– Earth is the old guard.  Terra is viewed as new and progressive.

– Terra and Earth have some tensions.  These tensions will play out over the course of the PU.

– Ellis is the home of the Murray Cup.

– Nyx was set up by expatriates and activists who were trying to set up their own egalitarian community in unclaimed space.  Unfortunately this also created a place for the criminal element to hide out.  It’s a landing zone that has a bit of an identity crisis – strong political righteousness mixed with the criminal element that is taking advantage of it.  A place where any player with “illegal intent” will become very familiar with.

– PU Alpha will probably start with one system with multiple landing locations (Stanton) and then expand to 5 systems (Nyx, Terra, Stanton, Helios, Magnus).

– Orion was a human-controlled system.  The Vanduul killed everyone.  UEE got pushed out of the system and have now abandoned it.  Some humans have populated the ruins of the former colonies.

– Multicrew demonstration at GamesCom along with Large World – show a mindboggling big map in which it would take you about 2 hours just to fly between these two moons in the map at normal speed.  All one map and multiple multicrew ships and show a whole bunch of stuff at Gamescom.

– Been digging down into gameplay that isn’t just combat.  Allow people to do non-combat roles.  All sorts of stuff.

– Ships enable the variety of gameplay in the ‘Verse.

– Can outfit any given ship in a variety of ways to alter its purpose.

– The style guides for manufacturers mean that you should be able to identify who manufactured a weapon (for example) at a glance.

– Once all of the careers are fleshed out it should allow for a rich experience in the SC universe.

– Squadron 42 is the gateway or entry point into the universe.  GamesCom and CitizenCon will have some announcements and discussion about Squadron 42.

– Squadron 42 is not tacked on, it is a full game in its own right.  Squadron 42 performance capture shoot was 4 months.  Script is 670 pages not included rewrites.  Bigger than any Wing Commander game.  Shot for 66 days, much longer than any movie that Chris shot.  Squadron 42 is, by itself, equivalent to any big AAA $60 game.

– All of the in-fiction updates on the site dating back to even before the Kickstarter campaign have been aimed at allowing you, when you step into the PU, to feel like you have a history with the world.

– Tons of great fan fiction and machinima already – helps inform some of what they do.  CR mentions particularly great creators like FiendishFeather.

Huge thanks to /u/c0mad0r for recording the panel!