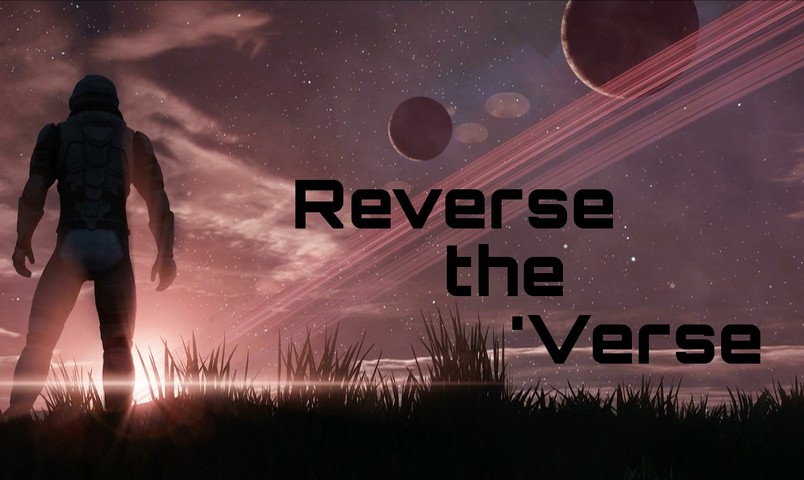 Hello fellow Citizens!  Below are my notes for this week’s episode of Reverse the ‘Verse!

– Ben has “like 30 pages” to write for the site tomorrow (I believe this includes Jump Point).

– REC controversy:  we want feedback on it, nothing is final.  CIG was let down by the reaction.

– CIG IS NOT TRYING TO SCREW YOU.

– No reason to fight about REC.  As with anything, it will be adapting to meet the vision if it doesn’t work correctly.

– CIG does not have ulterior motives for the things they do.

– If the REC system was a grand plan to screw you out of your money, it wouldn’t be a good idea to ask for your feedback.

– Ben: People have been abused by gaming companies for the last 5 years or so with this stuff.

– Ben: It’s frustrating because the things that need to make a working economy in the finished Star Citizen are also the things that other people abuse to say why you have to pay EA extra money to build another building in Sim City.

– Similar to how AtV has been evolving:  they try new things and if it works then great, if not then it gets dropped or changed.

– It should be possible at some point in the future for you to use large ships in AC without owning them in the PU.

– They are shooting a “re-enactment” of an Orion design meeting so you can see how things come together.

– Flyable Gladius is looking like a yes for 1.1 but not an absolute guarantee. “yesish”

– Reworked Cutlass will be done before the reworked Avenger.

– Ben’s brother is a Hollywood reporter so he found out about the new Alien movie 15 minutes before anyone else and spread it around the office.

– Will is super excited for the mini-game associated with the Orion concept sale.

– Jim Martin is doing the Hull C who did the Freelancer and the Defiant from Star Trek: Deep Space Nine.

– Jim Martin starts in sketches which are apparently really awesome.

– Ben is excited that the same guy who made his childhood spaceships is making his adult spaceships.

– CCU system is being reworked, eventually.  Turbulent is extremely busy right now and REC has added to their workload.

– Star map is technically ready but is awaiting content.

– Unfortunately Turbulent was bogged down for 2 months with working on the VAT stuff, which took them away from other projects.

– Frustrating because they are amazing developers and unfortunately they got caught up on a “legal thing”.

– Characters aging:  CryEngine allows it so it will likely be done, however, it is not a priority for the initial launch as it will happen so slowly.

– You can also allow a character to retire as part of the Death of a Spaceman mechanic.

– FPS module will not have character customization… probably a few different models.

– Working on getting the system set up for creating many variations of clothing.

– Ken is the cutting edge of the locations (several locations ahead of the main work).

– V1.1 will include REC, tutorial, and will set the stage for the next two modules (FPS, Social).

– Very tight schedule for 1.1 but things are going well.

– Empire Report is a small part of slowly transitioning shows to be in-universe.

– Xi’An Scout has been moved from concept into production.

– That said, Chris Roberts basically invented voiceovers in a video game.  Wing Commander II was credited for years by Creative Labs for the reason SoundBlaster is still the standard for PC audio today.  Everyone wanted to show off the introduction to Wing Commander II.

– Ben found something new recently in Wing Commander III which came out in 1994.

– Modularity tools being built for environments.  Once complete they will be able to make tons of environments quickly.  Should be starting this process of pumping out environments in the next few months.  Tons of artwork and assets done, just need the tools to be complete to start putting them together.  Exciting times!

– Tell them in the forums what deep dive design posts you are interested in!

– Ken’s favourite planetside environment so far is Arc Corp due to its grittiness.

– Ken worked at Blockbuster for a week, the store got held up at gunpoint (not when he was there), and he decided that that was enough of working for Blockbuster.

– Newest batch of AMD packages do not include SQ42 which is a contractual thing with AMD (unclear of exact reason).

– Hoodies were not initially popular.  If you want a hoodie then tell them on the forums.  It’s possible they would do them in the future if enough people ask.

– Chinese manufacturers sent them a ton of hats as examples… Ben decided to wear one: (Yes, the brim is leopard print) 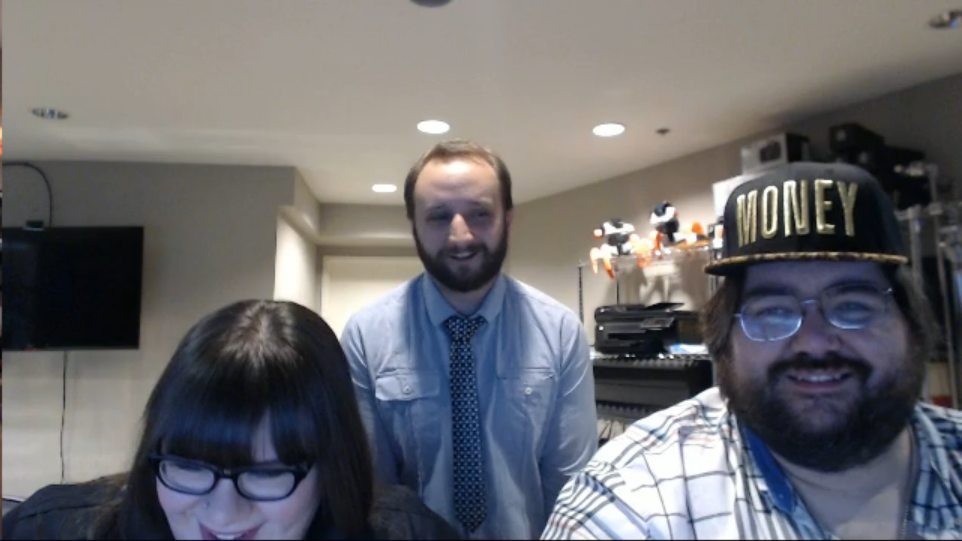 – Looking at getting good mics for each of the studios so the spectrum part of AtV sounds better.

– Retaliator very close to hangar-ready but needs some things from the V1.1 branch.

– Star map is essentially technically done but is waiting for content.

– Retaliator went for whiteboxing today where they generate the store renders.

– CIG is cautiously optimistic about the LEGO Hornet but it’s really not up to them.

– Sandi had a dream about getting into Star Citizen and dying constantly.

– Star Citizen HOTAS update from Sandi:  Need to push that.  There are some “funky red liners” in the deal… when it gets in the legal department it gets funky.

– The “mining spider” drone is still around and will be seen in Squadron 42.