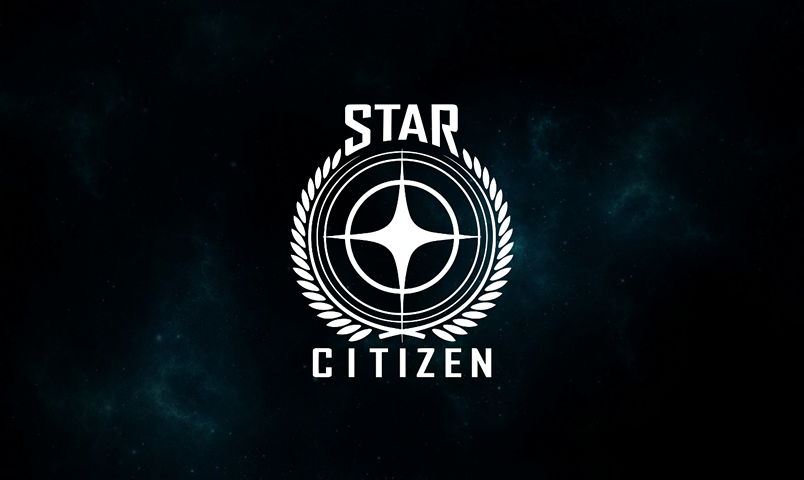 Hello ‘Verse! Check out this week’s Meet the Devs past the jump! Episode 20 Transcript:   Thomas Hennessy Hey Thomas, how are you doing? I’m wonderful I think you’re officially the newest employee at CIG...

Check out this week’s Meet the Devs past the jump!

Hey Thomas, how are you doing?

I think you’re officially the newest employee at CIG.

The 30th of March

When did you start working?

About a year ago.

Yeah, I started out on the Next Great Starship, and that wasn’t a regular thing. Every couple of weeks I would come in and we would film those episodes. And then I actually came in and helped the Pilot of Around the ‘Verse, and I had no idea what was going on, it was the weirdest show.

That first episode is so rough. We just watched it, what, yesterday? They were hosting from their desk, it was ugh.

Fine, talk about your movie.

I wasn’t trying to…

*Fine fine, talk about your movie. *

So I did a movie, as you know. I directed a movie called Another Time, starring Justin Hartley and ?? – Justin Hartley was Green Arrow in smallville, is probably the most famous thing he’s known for. A bunch of people like that, TV actors and stuff, so I did that in the summer, and then you guys asked me to come back, you needed some more help, Around the ‘Verse was picking up, so I just started coming back every week, and found myself here more and more, and found myself doing more and more and travelling more and more, and now here I am. Sitting with you.

They sent you to Pax East to film that

It was a fun few months

So you got back from filming your movie, and you started filming here full time. What were some of the things you liked about AtV, and what did you immediately try to change? I mean, I know, ‘cause…

Well, I don’t know that I came in and immediately wanted to change things, cause coming in, you have to kind of assess exactly who the audience is, what the show’s trying to accomplish, and what we’ve got to work with with it. I think the thing that took me by the most surprise was the quick turnaround. It’s fast, it’s so many things where it’s film it film it edit it, and turn it around, so that kind of took a bit to get used to, especially coming from a much more controlled, elaborate, film-making background, where you have 20 people or 40 people or something on set. And here it’s 1 or 2 guys, running the whole show, with one or two cameras that you can’t even see, it’s kind of line it up, hope it’s good, and then the next thing. I mean, even right now, there are three cameras, we can’t really see what’s going into them. We have 1 person looking into one of them, and the rest of them…that’s why sometimes you see things and you’re like, oh the framing is off on that, why did they do that, you know, that’s why it’s, we have to go with it and put out content real time, because we want it to be as up to date.

the nature of the game requires us to put things out almost as fast as we get them.

The number 1 thing that I did want to change is, you’re looking at it here, we were filming against bare walls. And, you know, I get it that this is really really tight space, for those of you who aren’t seeing the interview, this is like a 12 x 12 room, with two editing bays, a bookshelf with a couple of servers, of RAID drives with archive footage, C stands, and this all takes place in one room, so there’s kind of one little bitty corner cut out for us to do these interviews. So it was kind of, how can we make this more interesting, I can’t get the same depth of field when we film 10 FTC in Chris’ office, and I can kind of get that nice out of focus background, but at least we can break it up a bit, so the biggest thing was breaking it up a bit, so putting up these posters.

So you never worked on a video game before this correct?

What’s the main difference between it and, you know, film and television?

I think they’re actually very similar. I think that a lot of people…this feels like working a lot in the post-prodcution aspect of filming. It’s a lot of artists, and compositers and things like that, so I think it’s really similar to that.

indistinct noises in the background

*Okay, for those of you that don’t know…there’s literally a raid going on right now. Five people just ran in and started shooting Ben. Nope. Nope, we’re filming. *

We will….The community team has been attacked, and it will be avenged.

We will not cut this out.

When we’re done with this interview.

You know, I think it’s quite similar actually. It feels bery much like working in post production in film, we have a lot of artists and modelers, and a lot of that happens if you work in something that has a lot of special effects work. In this it’s going into a game instead of a film, but at the end of the day we are creating picture and sound for people to consume as entertainment. Video games are a more interactive entertainment experience, but it’s still picture and sound and so on and so forth. We’re still dealing with a fan base, who have very high expectations, and are very passionate, which is true of I think in some TV shows and things like that as well. So there are a lot of similarities, there are a lot of differences as well, where this is very long-piece, where we’ve got, we’ve got many goals along the way. It definitely took some getting used to, the specifics of how we create community content, it was intimidating at first, cause I don’t know anything about video games, but as I’ve gotten more comfortable and learned what all the pieces are, a lot of things are very similar. There’s still things I’m trying to wrap my head around, programming and coding, that’s hard to get my head around, but for the most part, big picture, it makes sense to me.

Yeah, I was really impressed, in terms of not in the industry, you’re just not a big gamer, you didn’t play video games, so the fact that youv’e been able to figure it out as best as you have has been really impressive.

Yeah, I mean, I probably play more video games than I joke about, I joke ‘words with friends’, that’s my game. I grew up with a Genesis, NHL 94 which is still an awesome game, N64 stuff, Mario Kart, Shadows of the Empire, that stuff, but as I got a little order, I found I had less time to…less places to spend my time, but more options. So it’s one of those things where, not because I didn’t like games, I just didn’t have time, and money. I was in the military, that’s when I could play games, I had money, I could buy the latest console or whatever, PC Mac whatever. People are gonna be like, Mac, you don’t play games on Mac.

He’s a Mac guy, so…lets just move on from that.

Yeah, and then I got out and I was doing different things, working in film and TV, and I decided I wanted to go back to college, so I was the broke college kid, putting hi self through college, so I didn’t have money for PS3 or PS4 or, it was one of those things. I want to buy a camera or make a film, my disposable income went somewhere else. But now, being here, especially with this game, you know, it makes you…this is something I want to buy into and play. I would even consider buying and building a PC to play, you know, that’s how cool this game is, and how cool it is to work here.

Is that just your PR hat?

Shadows of the Empire

It’s really hard to find movies that James has seen, cause James has not seen anything post…probably, 1991.

*Yeah, that sounds about right. *

Yeah, well, we still love you.

Wow you butchered that.