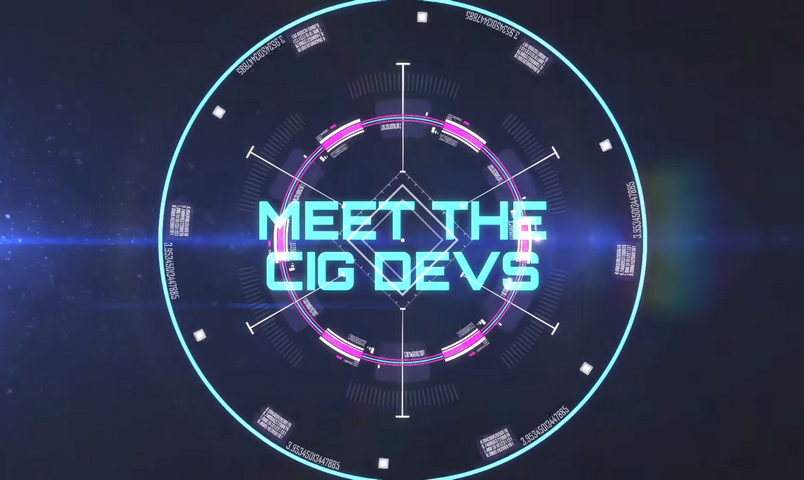 Hello ‘Verse! Here’s the latest MtD with transcript, this time with Lisa Ohanian! Meet the Devs 22, with Production Coordinator Lisa Ohanian and James Pugh. Transcript by Erris. JP: Hey everyone, I’m here with our...

Hello ‘Verse! Here’s the latest MtD with transcript, this time with Lisa Ohanian!

JP: Hey everyone, I’m here with our new production coordinator, Lisa Ohanian, Lisa, how are you doing?

JP: I’m always doing great.  So, I’m glad you came on board.  Why don’t you tell us a little bit about where you were before you came here?

LO: Okay, so, before I came here I was at Activision, I actually interned there back in the day and got hired on afterwards, and for the past…since then, I had been working in the Production Management group for the Call of Duty franchise.

LO: It’s a thing, yeah, it’s a monster.  The first one I worked on was Black Ops 2, my personal favourite.

LO: And I worked on, I at least touched all of them since them.

JP: You say you left off with Advanced Warfare?

LO: Yes, that was my last one.  I also helped a little on, I can say it now, on Black Ops 3, before I left, although I couldn’t tell anyone that at the time.

JP: Alright, so, we’ve had this question before, and you get it all the time.  What exactly do you do as a Production Coordinator?

LO: I do a lot.  My three big buckets right now are, I work with our art outsourcers.  So we have a lot of things that we’ll give to contractors to do certain parts of the work and come back in house and put all the pieces together, and match it with some of our pieces, so I deal with all our outsourcers, which is the scheduling of them, the legalese, getting their contracts and that sort of thing, tracking all of our approvals for the assets they’re sending in, everything to do with them.  I also work a lot with our ship pipeline, working around that schedule, and I’m also helping to support the character pipeline.

JP: So you work a lot with Steven.  Toast.

JP: You had to think about that for a second.  You’re like, who’s that.

LO: I did, I did.  Toast.  Took me a second.  But yeah, I basically, anything that has to do with Art, I’m in there somehow.

JP: What appealed to you about this project?  Cause coming from Call of Duty is just…it’s a little different.

LO: A little different, yeah.  I really like how open and interesting this world aspires to be.  The thing that I really like about MMO’s is the world creation and, as weird as this sounds, kind of the nitty gritty of life, and the thing about this is you can be a space pilot, you can be a pirate, you can be a trader, you can do so many different things that you wouldn’t normally think to make a game around, and it really creates an interesting living, breathing world, and I love worlds like that.

JP: So it’s the openness that kind of draws you to it, which is interesting, cause it’s the exact opposite from where you were before.

LO: Oh, yes, it’s different.  Call of Duty had its own appeal, but it didn’t have…it wasn’t that kind of game.

JP: So have you always been into sci-fi stuff or?

LO: More fantasy.  I grew up playing D&D cause my dad was a big D&D guy.  My sixth birthday party was a twelve hour D&D campaign that he ran for me and some of my friends, so, I didn’t get into sci-fi till late, late high-school, early college.  Someone was telling me about this space western that I had to see and I was like, I don’t know, I don’t really like westerns, never really been into that sci-fi, but anyone who’s seen Firefly can tell you that it’s pretty much the best show on earth, so…

JP: It’s up there

LO: And after that it was all downhill, or uphill, however you want to think about it.  People were like, oh, watch Battlestar, DONE, you know, just from there on.

JP: So lets go back to the beginning.  How did you originally get involved with games?

LO: Like I said, I’ve been a gamer my entire life.  As a kid, I was like, maybe i can go into video games, but I never thought about it that much until I was looking, I was deciding what to do after college, and I was looking at grad schools, and I found this program for entertainment industry management at Carnegie Mellon, and I, it just…I was looking at the coursework and I was like, I can go into games with this, and it just seemed perfect, and again, everything was uphill from there.

JP: So you finish your grad program, and you go to Activision?

LO: So actually, it ties back into Star Citizen, this is how I first heard about Star Citizen.  I did a summer, I interned at Blizzard on the Diablo 3 team, and Diablo 2 is one of my favourite games of all time, and I did that, and I sort of snowballed that into Activision, but again, to tie it to Star Citizen, that’s how I found out about this project.  The guy that hired me as an intern at Blizzard is the same guy that hired me when I started here.

JP: So what part of Star Citizen, now that you’re here, you can see everything, but as a gamer, and as someone who’s really just looking forward to this, what part interests you the most?

LO: I will probably, like I said to your question earlier, I love the interactivity, and all the different things you can get involved with in the world.  As the game develops, I’ll probably want to be either a trader or a politician, I want to have my own ship, and I want to do the ship fighting and stuff, but I’ve always been more of a PvE kind of girl, and I really want to get involved in the world and have an influence on it, in a different way from just shooting people’s ships, as much fun as I’m sure that’s going to be.

LO: Yeah, it’s like PvP or do quests here, there’s no ‘do quests’ path, like there is for a lot of games.

JP: And there’s no way to actually have an effect on the Universe.  I mean, I’m not saying there’s no way, I”m just saying it’s minimal.  Whereas in this game, we’re trying to build that, so it’s very exciting to someone else who also likes to do PvE stuff.

Alright, so before I let you go, I’ve got a few rapid-fire questions.  Ready?

LO: Dr. Horrible’s Sing Along Blog.  I don’t know if that counts?

JP: Oh, good choice.  Alright, well, thank you so much for joining us, again, this is Lisa Ohanian, I’m James Pugh, and, the Dev has been *Redacted*