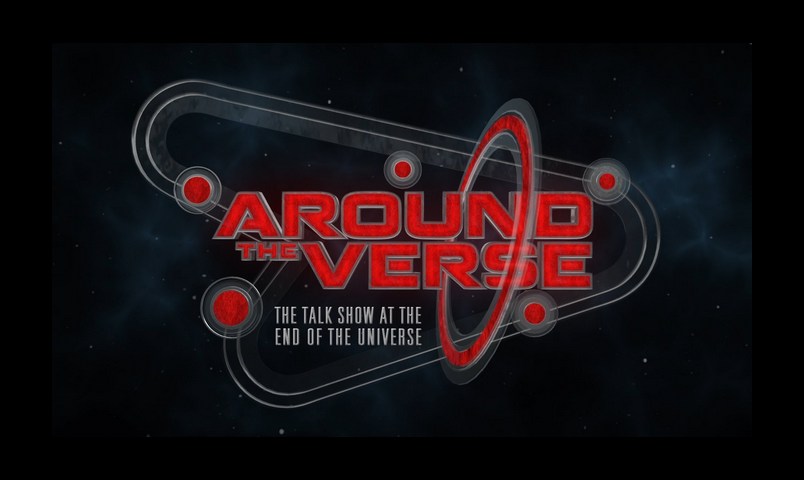 Hello there fellow Citizens!  Check here for our coverage of Episode 37 of Around the ‘Verse! Around the ‘Verse Sneak Peek http://i.imgur.com/cqnALVT.webm Transcript by Erris (in progress) Empire Report – Synthworld Explosion – Kilometers long...

Hello there fellow Citizens!  Check here for our coverage of Episode 37 of Around the ‘Verse!

Transcript by Erris (in progress)

– This years Scientifica Honorarium Winners announced – research on how you might hear sounds in space!

Around the ‘Verse Episode 37

– 1.1 was released.  Big patch for SC – another flyable ship, REC, lots of stuff.  Asking that all backers re-install SC for 1.1

– 1.1 manual and retaliator brochure published – they get lost in the shuffle of the new build, but there’s a new AC manual everytime there’s a major patch.

– Server increase – so many people trying to play that it’s broken the servers, which is actaully great news.

– Great feedback and working on the next patch – 1.1a (some debate over what different versions are being called.  There’ll be an official scheme soon)

– Retaliator is hangar-ready, and is on sale, and will be flyable for 2.0

– Star Citizen is on Instagram.  Behind the scenes photos and stuff. @robertsspaceind

News from Around the ‘Verse

– Three items to address.  First: They’re aware of the Aurora mount discrepancy.  With the hardpoint cleanup that went into 1.0.3, there were some discrepancies introduced to the Aurora, but that’ll be cleaned up to bring it back in line to what a starter ships loadout would be.

– Second: A few ships entering concept stage: Endeavour, Crucible, progress on the Genesis Starliner, and more cool ships from the stretch goals in the pipeline now.

– Third: Now working on getting the Constellation flight-ready.  Working hard to get it ready, flyable in the near future.  Still being redesigned, but once that’s done, it’ll be ready.

– Knocking out lots of bugs this week for FPS: Rendering issues on Gold Horizon station, which was an issue with how .pak files were compressed.  There was a physics issue – collision bugs, where if framerate drops, you can pass through objects, so that’s been closed out.

– Lots of focus on breathing systems, as you sprint and wear down stamina, you breathe harder, so it’s harder to aim and such.  It’s not there yet, doesn’t feel right, so there’ve been lots of focus on that.

– Zero-G system, if you come flying at an object and clip the object with your right shoulder, they want your character to react to that kind of physics hit.  Original idea was to use ragdoll, blend between that and animations, but it has big issues between ragdoll and an articulated entity.

– Instead, they’re going to use something that Chris Roberts came up with himself, they’ll just use the articulated entity, and have that entity be physics controlled, rather than animation controlled

– When you get an impact on your right shoulder, you’re now bound by physics, so you get hit, and then you blend back into physics reactions.  They’re calling the system – Articulated Entity something something system – or Aegis.  Travis wants it to be called Aegis.

– Art related things for the PU

– Lots of work with Behaviour on Terra and Nyx.  Nyx is the mining colony, out in the middle of nowhere, Nyx system, Delamar planet.

– Finished with the whitebox for Nyx, lots of things to see.  huge chasm that’s been mined for years, so details of that are being worked out, interiors are cool, lots of exposed rock, melting ice and the like.  Scum and villainy live there.

– Also working on Terra extensively.  It’s huge.  One of the hubs of the human accomplishments.  One of the higher-end hubs in the game.  Expanding on it.  Monorails, places to see, giant spaceports, etc…

– They’re looking at the Argo (Idris utility ship), art coming for it and some design problems to solve.  It carries cargo, which sits under the back of the ship, which blocks certain thruster areas.  And two engines are on the landing gear, and they’re at the top, so when you want to go down to land, that’s fine, but when you want to lift off, there’re no thrusters, cause that’s where the cargo is.  They’re having to look at interesting ways to balance that out.

– Also helping Illfonic balance weapons for FPS release.  They’re all in, they all work, just trying to find the blend between full simulation and fun, which is an iterative process.

– Also looking at the looting mechanic.  Kill someone, take stuff off their bodies.  As everything wants to be immersive, they’re working on things being in-world.  Selecting stuff from a body, you can still look around, still react to incoming threats.

– Mark is retiring.  He got warheads.  His heads’ going to explode, because that’s what happens.

– One model has everything, another model has variants.  What’s supposed to happen is – Mass is supposed to be specified with each ‘animated’ variant.

– Added a new function to ‘share’ the Mass amongst all the variants.

– Also, shield proxies were inside the ships, and had mass, but they’re not supposed to.

– Get rid of those two issues, and ships’ll have correct mass.

– Walter – The CCU and upgrade system – the diagram.  Explains the CCU system.

– Gurmukh and Lance Powell, talking about the Vanguard

– Combat capabilities: it’s a deep-space fighter.  Meant to fly systems away, to hunt down Vanduul.

– Can be used in a fleet or by itself.  As it’s a long range fighter, it’s got really large fuel tanks. so it can be first to the fight.

– When it gets there, it packs a big punch, and can take some damage while doing that.

– Vanguard, as a heavy fighter, is meant to take a lot of punches and still be able to fly home.  It sticks around so it can cause as much damage as possible.

– Major differences between the Hornet and the Lightning are its fuel tanks.  Large fuel tanks and large engine nacelles speak to the long distance travel.

– For a hornet or a lightning, you’ll have to refuel on a carrier, you won’t be able to take off from a land base and go a star-system away.  You’re going to have to stop, refuel, and then continue.  With the Vanguard, you can just go straight there.

– Further inspiration was drawn from stealth ships, like the B1.  Folded wings were incorporated on the Vanguard, and then other cool things like Lamborgini’s and other cool cars.  Large pool of reference.

– Seeing a shift in the Aegis design.  With the Retaliator and the Gladius, now that there are a few ships designed per manufacturer, there’s more understanding on what each manufacturer looks like.  Digging deep on reference and key-words and what defines each company, and that’s being done with ship and weapons manufacturers.

– Aegis are a military contractor.  Majority of their ships are military or militia, and their forms and materials are a bit more stealthy vs. Anvil ships, which are more boxy.

– It’s really good to see it happening across weapons as well, so each company has a clearly designed aesthetic and brand identity.  Can recognize it just by seeing it in game.

– Modularity – The Vanguard will definitely be Modular.  Potentially could design five types of nacelles or wings or cockpits etc… Not sure how far it’ll be taken, it’s not a lego ship, they have to have an identity, but some things will be swappable.

– Chris had the idea of the Bulldog – which is now the Vanguard – and he liked the P38 Lightning.  The idea was to take that concept, take a few flavours of it, and that’s what the Vanguard is.  Great team effort, seeing how other areas of the company got involved on the Vanguard as well.

– I’m an associate producer.  I work for Jason Hutchins, and I kind of help run the operation so to speak.  More of a project manager type.  I don’t physically work on anything for the game, but I make sure people are staying on schedule, I kind of act as a mediator between different parties.  If somebody has a question about something another studio’s working on, I can give that answer.  My job’s to be as knowledgeable as possible about the project in general, so I can answer any questions that come up.  Typically, I work on art and design side of things.

– You used to be an artist?

– Yeah, I loosely use that term.  I found that it was not my calling.  I went to school for it, and kind of went through the grad program, but found my calling was in project management and leading teams to certain goals.

– So do you feel like your art background helps you understand the artists?

– So you get to work with Mark a lot?

– So how do you like working with the artists?

– I sit right next to the character team, and it’s a blast.  Conversations are so goofy it’s ridiculous.  Sometimes I have to just keep my head down and work and ignore the shenanigans around be, just cause I’m constantly working throughout the day, but it’s fun to be a part of that and to listen to the guys.  It’s fun.

– I take it you like the vibe at the Austin studio?

– Yeah it’s great.  There’s nobody here I don’t get along with.  That’s pretty rare, usually there’s one or two people that get under your skin, but I don’t feel that at all here.  It’s great.

– Working on SC, what have you enjoyed most?

– the thing I like the most has been working with Mark, helping to guide Behaviour to make the best environments possible.  Working with Behaviour and the team here to help guide the planetside locations has been really cool, watching it from the beginning all the way through, arc corp and terra and nyx, it’s really cool to see those come to fruition.

– What’s the thing you’re looking forward to most?

– Part of my education, I started in Architecture, so seeing the development of the architectural styles we’ll see in the PU, right now we’re working with a contractor on the ‘monumentalism’ architectural style, which is kind of Jedi Temple, big pillars and form over function, huge and monumental, so developing those styles and seeing them come from an idea and Mark translating it and seeing the work being done, I’m enjoying seeing the different styles come into play.  And we’re supposed to have a ton of different architectural themes and styles in the PU, so they’ve got to be developed, so seeing those come to life is what I’m most excited for.

– I feel like what I’ve seen as a trend with this game, we go into so much detail into the background, do you see that too?

– Yeah, Dave Haddock and the writing team in LA, and Behaviour as well, establishing a timeline for the styles that’re coming on line, and saying, during this period, this style was really popular, but then it shifted towards, like in real life you see that, and that’s kind of what Chris is wanting.  Being able to pin down, if I walk into this area, I can tell that it’s older.  Terra’s a good example.  We have the Tower, which is very modern, kind of an Elysium feel, modernism’s what we call it, but if you go down to the Blocks it’s more streamlined, and you can tell, I know this was built a long time ago, it has a different feel than the tower. So yeah, I think that’s a huge part of the game, kind of reflecting different styles in real life.

– Do you have a favourite ship?

– I like the M50 right now, cause of the speed and the sleekness, and the Top Gear spinoff commercial was too good.  I think I’m most excited about the Herald right now, the super fast info running career is really intriguing.

Free Fly week for the Gladius

– If you’re looking for a job with CIG, take a look there.