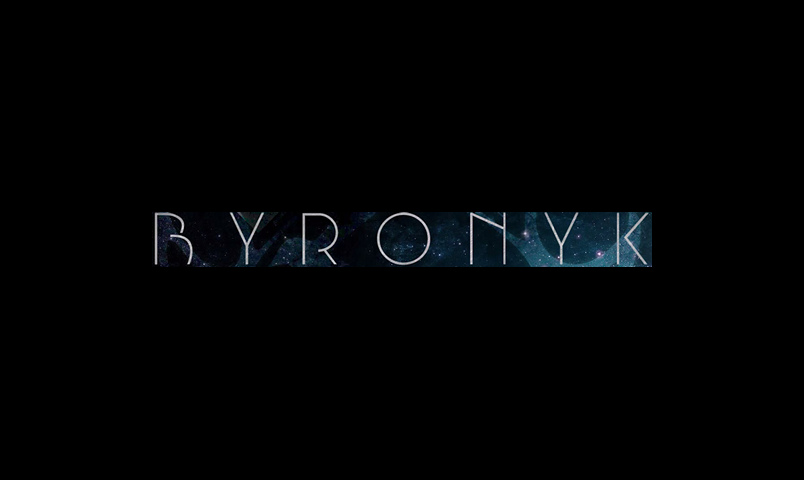 Citizens!  10 for the Designers Episode 3 has arrived!

XPhoenix asks:
If I’m a hauler and I have a friend escorting me to a new mission site, and I’m given a new hauler mission from A to B, will my friend also be generated an escort mission specifically to escort me since we are in a group, or will he just get some random mission to escort an NPC/Player from A to B?

Pete:  Well, we haven’t worked out the exact specifics on the mechanics of how that’s going to function.  But, we definitely want to keep people together.  So, if we’re in the game together, and you want to haul and I want to protect you, we want to make sure that we have some mechanism so that we can stay together for that.  But, the specifics of that haven’t really been figured out yet.

Matt:  Yeah, I mean the PU is going to have a lot of great features to it and the matchmaking is going to be one of the most challenging but the goal is to make sure that – you’re playing with your friends, let’s not artificially separate that when it makes sense that… Hey, you’re already escorting him, keep that escort going.

Aeimnestus asks:
With regards to hull damage on multi-crew ships, if you have a hull breach on a Constellation during a firefight, would characters not strapped in be sucked out into vacuum?  It could be a cool idea if your ship is being boarded to vent out intruders or blow up a chunk of the hull of a ship you are about to board to deal with any walking around crewmen.

Matt:  So… yeah!  That was actually one of the things sort of highlighted in the Constellation multicrew demo last year – that we definitely want a hull breach to have some catastrophe for the people on board.  If a hole gets opened in your ship, yeah people are going to get vented out.  It’s why we’ve also got the notion of magboots for a lot of guys where… Hey, you’re under attack.  You might want to clamp onto the ground because you never know when the wall might open up or buckle on you.

Grey Beard asks:
The Hull B having TR8s, while those engines are physically smaller than the Constellation’s TR5s, would be ridiculous otherwise unless all ships are having their main engines changed to a new size system.
So, are ships TR limited, or size limited? Can I put TR8s from a salvage operation on my Connie if they are structurally smaller than the current TR5s?

Pete:  So there’s two aspects to that:
One is that the TR rating is not a size rating.  It doesn’t say anything about how big the thruster is, it just describes how much thrust it can put out.
The second part of that question is about taking a TR8 from a salvage operation that’s smaller than potentially a TR5 that may go on a Constellation.  In the specific case of that Constellation, I think that the thrust of a TR8 would probably shear off the engines from the Constellation, which is why the engineers limited it to only TR5s and not TR8s.

Rhapsody asks:
Would it be possible to link the force of the directional thrusters to the throttle, down to a minimum force?

Matt:  So, that’s actually a really cool idea.  It’s something kind of along the lines of what we’re exploring right now with some of the ship, thruster, and acceleration updates that we’re doing.  I mean, it’s just a lot of tuning it and work for it to make sure that… what that throttle point is.  One – Is it easy to access that and make sure that you don’t have to do five different hotkeys to get into that throttle but also making sure that you get out of it quick enough and that’s not a weird sticky context.

Pete:  We’re definitely exploring some methods by where your throttle is not so sensitive, so you’re not going from huge amounts of thrust with small changes to your throttle input.  So, a good example would be: In congested areas where you don’t necessarily… you know, you want a bit more fine control over your throttle.  So we’re definitely looking at ways of scaling the throttle itself.

Jmack asks:
What’s the fuel efficiency difference between larger versus smaller ships?  If you are carrying the same weight, how much difference will there be?  How much will we need to “right size” our ship to any given mission?

Pete:  That’s a really good question.  Right now, we are definitely in the analytics phase of that to try and figure out the total operating costs of hauling cargo.  Because, that is a scenario… before with all of the non-cargo-hauling ships, their masses are all relatively close together, but now that we’re adding the cargo ships the range of masses is getting so much larger.  We have to really think about how fuel costs are going to play into that.  We want to make sure that it’s balanced so that it’s no efficient that the big ships are the only way to make money, but the reverse of that is that we don’t want to penalize players in fuel costs so much that they actually make less money than if they were using a fleet of smaller ships.  We are definitely looking into making sure that both sizes of ships can be really fun to play for everybody.

Shifty asks:
Will there be equally strong size 1 and size 3 weapons, or will a bigger gun perform a bigger output?

Matt:  Yes.  There is definitely going to be a range of potency on all of the weapons and all of their sizes.  It is one of the big things that we want to have as sort of the long term tuning choices that you have where you can really fiddle with a size 1 to make it your own and to really specialize what it can do.

Some of the other parts of that question that Shifty had in his post, though, was also dealing with the current Sledge II and how it’s really really powerful conceptually for a mass driver.  So, one of the big things that we’re looking forward to with the upcoming physically based damage system is actually a big overhaul on all of these weapons.  Really redefining what a mass driver’s behaviour is, this what kind of damage it’s going to be doing, this is the cost/benefit for running that weapon.  Because, yeah… the Sledge II was pretty much just free damage, no penalty and… it actually helped us find out… that’s not the best situation.

Draco Houston asks:
A common complain about Arena Commander is that, for better or worse, the only way to reload missiles, bullets,  and get repaired is to eject.  Will we ever be able to escape the fight with quantum travel or go to a far off point without having to respawn?

Pete:  So, this is definitely something that is in your wheelhouse here in LA but I have seen some talk about some upcoming changes to Arena Commander.  Do you have any input on that, or insight?

Matt:  Yeah, I mean… absolutely.  Refitting and repairing your ship – it’s a core component of the game in the grand scheme of things and so Arena Commander is our big test bed for all of these features so, at some point, we are definitely going to have a system of re-equipping your ship in.  What form that’s going to take, we still have to figure that out and make sure that it’s also what you would be experiencing in the persistent universe.

Pete:  Right, so it would be something like a little nugget of what it will really be like in the full game.

Banos asks:
In space, will ships have the same optimal speed, but with a different acceleration, or simply different speed?

Matt:  Now, this is something that we’ve been working on for a couple weeks now.  It started with the throttle work we mentioned a few questions ago.  So, we’re definitely looking at that and you’ve actually been doing a lot more with what these masses are now, right?

Pete:  Yeah, there’s a lot of work that’s going on right now with thrusters in general and ship movement.  One of the things we’ve been experimenting with internally is a method of setting your maximum speed – well, it’s not really your maximum speed because you can exceed it but your normal combat speed – dynamically, based on a lot of different variables.  And, part of that is the acceleration of your ship does play a part into what speed you can reach.  So, the goal is to get something that’s really interesting and dynamic and it’s not just: Oh, well you have a Hornet so your top speed is always 200.  Not just using an arbitrary method of coming up with a new top speed… really having that top speed figured out by not just your main engines but the ability of the other thrusters on your ship to contribute to your handling.

Matt:  Yeah, the total package of how your ship moves really should be determining it.

Shodan Incarnate asks:
How will cargo be handled when having a cargo box isn’t too feasible or even possible with small ships like the Aurora or civilian Hornet?

Pete:  Right, so with those ships what will happen is that your items will go into those cargo holds but there’s no way to actually access that while you’re in flight.  You’ll have to  land at that point.  It’s not going to be an issue where you’ll ever need to look at it while you’re flying around.

Matt:  So, smaller ships – the Aurora, the Hornet, probably the 300 series.  Anything where that cargo box may have to be attached on the outside or accessed from the outside.  You would be able to open it up and see what’s in there but you won’t really be manipulating that from the pilot’s seat or really able to look at a cargo manifest like you would if you had a big hauler ship like a Hull series or even any of our other cargo ships like a Merchantman or Starfarer.

Basher asks:
Would it be possible to design the Redeemer’s lower, modular section as a fully capable, theater wide C3ISTAR suite to include decoys, jamming, and intel collection?

Matt:  Probably not theater-wide because that sort of implies a lot of systems and a massive fleet that you’re coordinating.  And while we can’t say for sure that it will be its own modular room, you’ll definitely be able to outfit really any ship and not just a Redeemer by tuning what equipment you use for these kinds of communications, electronic warfare, info running-type gameplay where you can trade out some weapons for some additional comm gear.  You can tune your avionics in your ship to either defend against or make you a better info runner or jammer.  It won’t really be locked to one ship.  It will be more a style of gameplay and a set of components that support that gameplay.