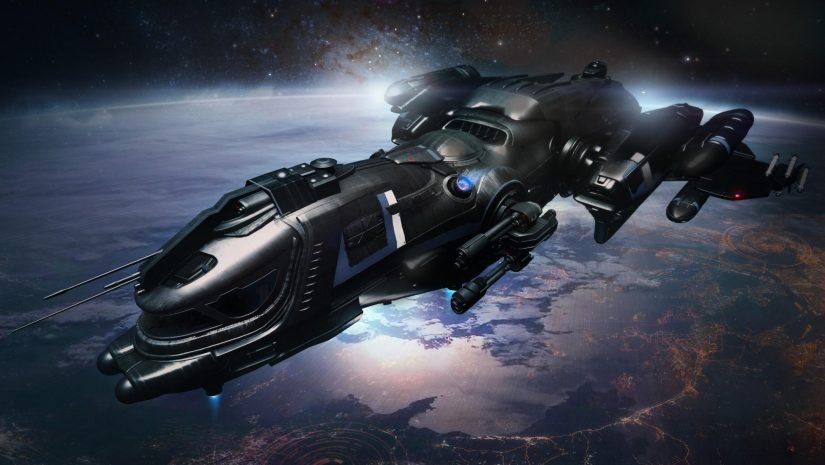 Tic-Talk Tonight: Lonnie Grant Written Wednesday 15th of March 2017 at 11:00am by StormyWinters

Welcome to the second edition of Tic-Talk Tonight, a series co-written by myself and Nehkara, I hope you enjoy.

Welcome to the newest edition of Tic-Talk, the transcript that follows is the full interview as conducted by Indira Nooyi with our guest interviewee, Lonnie Grant, captain of the Voyager. Interview was carried out on the planet Cascom in the Castra system on 2947-03-12.

Indira Nooyi(IN): Good evening and welcome to another edition of Tic-Talk, I’m your host for the evening Indira Nooyi and with me tonight is the captain and pilot of a Freelancer DUR named Voyager. Thank you for joining me tonight, Mr. Grant.

Lonnie Grant (LG): Thank you for having me on Indira. I love your show.

IN: Thank you. Now Mr. Grant, you just recently discovered a new jump point, would you please tell our viewing audience a little bit about how you came to discover it.

LG: Well you see Indira… it wasn’t really the most clever way to discover a jump point. It occurred to me that for the size of the system, Castra has an inordinate number of jump points… I think there were 5. It occurred to me that this concentration might be significant so I started scouring the outer rim of the system with my scanners. After a few days I got a hit on my jump scanners.

IN: And upon closer investigation you found this new jump point, correct?

LG: Yeah… it took me awhile to triangulate it but eventually I got close enough and she just opened up in front of me. They’re a beautiful sight, jump points. They’re all different… have their own character.

IN: Did you immediately travel through it following discovery?

LG: It’s always a nervous thing, you know? Plenty of explorers have vanished forever after attempting a new jump point. I guess that’s a long way of saying that I took some time... Wrote out messages for my family and friends and left them in a buoy before I ventured inside.

IN: And what did you find on the other side?

LG: Well first of all, this particular jump was pleasantly simple to navigate. Some of them can be really nasty. Either way, on the far side I discovered a red dwarf star with 4 major worlds orbiting, along with many other smaller worlds of course.

IN: A brand new system then?

LG: Yes! This is a fresh jump.

IN: So, with that being said this opens up several possibilities to you. What do you see yourself doing with the jump point coordinates? Are you considering selling them to the military or off to a scientific research facility maybe?

LG: My plan is to sell the coordinates to the UEE’s exploration and colonization division, and then return to the system to continue my work exploring the worlds it holds.  There’s a lot to learn!

IN: That would make you a very rich man, Mr. Grant. Why continue to work and explore when you could retire and live the rest of your life in ease and comfort?

LG: Honestly for most explorers… there’s a drive to keep pushing the edge of our knowledge and it doesn’t go away with a full bank account. I will always be most at home on the fringes, searching for the next horizon. Might have to update some of my equipment though!

IN: Indeed and you will have the funds to do it. With this being a new system, I know that there is always a push to find new habitable worlds for humanity to colonize. Does this new system have anything that sets it apart from the rest?

LG: So this is kind of interesting… This is a tiny star so the worlds orbit close. One appears too close, probably too hot. The furthest planet seems outside the habitable zone… although perhaps some extremophiles could live there. Once again though this is the long way of saying that the middle two planets appear habitable.  One is about the size of Earth and has large oceans covering about 80% of its surface.  The other one is smaller, about the size of Mars, and has limited water - maybe 20% ocean - but appears to support abundant life regardless. I haven’t taken any detailed scans yet… the new equipment would be right up that alley - help me get better quality scans.

IN: So, at least two habitable worlds, your find might be more valuable then you consider it to be. If people were to move there today, what would they be calling this system? Do you plan to name it or leave that up to the scientists?

LG: Well Indira, you have to understand that it is rare in an explorer’s career that they find anything of really major value. Comets, lucrative asteroids, small black holes… these are common place and enough to keep you going but new star systems are really the dream. I have thought of a name and I will be submitting it, with your approval. I do love your show, so I was going to name the system Indira.

IN: Wow, I don’t know what to say, Mr. Grant. I’m very flattered. I only hope that whatever name you choose does the system justice. Sounds like you’ve found yourself a small little paradise. I sincerely wish you luck on your next adventure and again thank you for joining me tonight and sharing your story. Maybe it will inspire the next generation of explorers to go out there and find their own jump point. I’m Indira Nooyi and this has been another edition of Tic-Talk, thanks for joining us and see you next week.