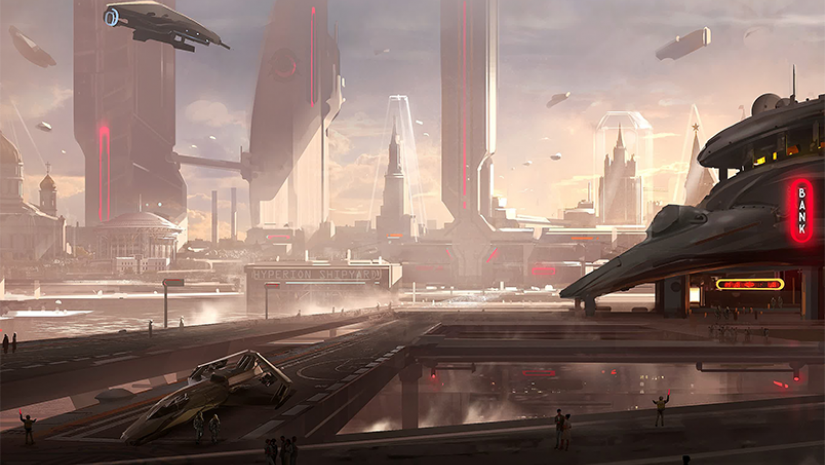 Do you know what the most surprising thing always is to new politicians? When you think about it, you think the crowds, or the interviews, or the sheer weight of the responsibility, but no...

Do you know what the most surprising thing always is to new politicians? When you think about it, you think the crowds, or the interviews, or the sheer weight of the responsibility, but no.  It’s the lights.  They’re bright, too bright, and hot.  You step up to the podium, your speech running through your head a million miles a minute, the lights turn on, and you start sweating almost immediately.  The old fashioned suits and dresses don’t help either; hot, cloying.  They don’t breathe nearly as well as newer materials, even as well as some older materials, but they are a matter of prestige.  A wool jacket, even for a female politician, says you care.  It says you are connected to Humanity’s heritage, that the heat does not bother you, that you are stylish and well-kept.

Myself, though?  I am prepared.  A career politician, I am composed, collected.   I step to my place at the podium.  Lights flash and blind, and I resist the urge to blink away the spots as cameras click on, catching my every move.  I am composed.  I breathe, slowly, calmly.  The microphone in front of me powers on, starts its low whine.  It catches the rustle of my papers as I tap them on the lectern, as I set them down in front of me.  I cough lightly, clearing my throat.  The microphone catches that as well.  The cough, the noise of the papers, I want them heard.  They are humanising.  They make me easier to relate to.  The glasses, the flowing blonde hair, the tight-fitted suit jacket, my blouse open just slightly; they bring the audience in, make them feel like they know me, make them feel like they know my name, and I know theirs, like they could come up to me in the streets and shake my hand.

‘Citizens!’ I start, smile in place, head held high, ‘Citizens!  I speak to you from one planet, but I reach you on dozens!’

Pause for the camera, smiling.  Politics is like comedy; you have to leave the audience room to laugh, to cheer.

‘I come to you today with a deal, a promise, a vision!  The vision of a better future!’  My voice rings out, golden and clear.  I’m proselytizing, but that’s my job.

‘Today, today a vote for a Transit Senator is also a vote for transportation; a vote for cheap, equal transportation all throughout the Verse.  For too long, the UEE has allowed private companies to run amok, charging outrageous sums, gambling with their passengers LIVES,’ accentuate, right hand down hard on the lectern.  Not a slam, not a slap, but forceful, decisive movement.  Strong.  Left hand up now, pleading.

‘The Transitionalists and I believe it is time for change.  We believe in change.  We believe in growth, in security, in access for all.  And we intend to prove it.  Vote for us, and we promise to overhaul an ageing, broken transportation system.  We promise to research, fund, and develop a new, fast, SAFE method of traversing the Verse.  An equal method, accessible to, and affordable by, all UEE denizens, Citizens or not.’

Lower the hands.  I smile, make my voice calm, soothing.  Like I’m talking to a child.

‘Some among you might ask why this matters.  Why transportation should be a focus when so many relics yet remain from the Messer Mistakes.  Should we not be more concerned about the safety, health, and financial security of our citizens?’  As I mention each concern, a hologram appears in front of me, above the podium but below my shoulders.  A Drake Caterpillar, decked out in Pirate regalia; a man, dying in a hospital bed, his family around him; a picturesque town, seen from afar, empty, decaying.

I shake my head lightly, look down and give a wry smile.  I look down on those concerns a mother would look down at an irksome child.  If I can convey those concerns as properly infantile to the huddled masses…I raise my head, start again, strong, firm.  Commanding.

‘To those of you asking those questions, I ask you: Does transportation not meet all those concerns?  To those of you concerned about safety, a well maintained, policed and patrolled transit system would increase peace, would bring a more regular, and more powerful, protective force to all the reaches of ‘Verse’.  I raise my right hand, palm up, and a dozen holographic Hornets appear in my palm.  ‘Security through strength, I say.’

Another pause, let the image sink in, then wave the graphics away, continuing.  The Hornets, freed from my grasp, fly towards the Caterpillar, chase it off the stage.  It’s cheesy, takes seconds, but it works.

‘And those of you worried about health, imagine a connected ‘Verse, where doctors and patients can travel, quickly and safely, to where the best hospitals, the most needing patients, are?’  The left hand this time, palm up, and a Cutlass Red appears.  I lower it towards the dying man on the podium.  Doctors cart him into the Cutlass, which flies away off the stage as his family smiles.  The image of the smiling family is left longer than the Cutlass.  ‘Health through Happiness’ I say, softly.  I make sure not to overpower the image of the happy family.  Count in my head…seven…eight…continue.

I don’t mention the third concern, it would be too much.  But as I continue talking, Starliners land on the outskirts of the picturesque town, tourists filing in, life and prosperity returning as I finish.

‘Is it not time?  Is it not time for your Government to start working for you, our citizens?  We believe it is.  So vote, and when you do, vote Transit.  Vote transit for safety, for equality, for change.  Vote Transit for the dream of a better life, a better future.

Pause, lower eyes and bow head, appear subservient, thanking the cameras.  Raise head, large smile, and wave.  As I wave, the Hornets come back, the pilots waving from their ships, and the Cutlass comes back, the dying man walking out, healthy and waving.

I wave myself away from the lectern, away from the waving holograms on the podium.  And then I’m back, hidden again, behind the scenes.  My wave stops, and I can drop the false smile.  I breathe deeply.  Comfort returns.  Normalcy.  Daniel is by my side immediately, working frantically through his mobiGlass.

‘Congratulations, ma’am, initial polls show Transit up 36% after your speech; a good gain.’

I nod, pleased.  My job, for now, is complete.  There will be more speeches, of course, there always are.  And then the elections.  But this is a good start.  Momentum, momentum.  Always more momentum needed.

Still, a good start.  I smile, stretch and crack my back.

The Origin 200I’s engines hummed to life as Daniel approached, its rear hatch opening with a wave of his hand.

‘Where to, ma’am?’ he asked, handing me up the two short steps into the leather-lined rear of the ship.

‘Back to the office Daniel,’ I reply, climbing with care into the sleek ship.  Daniel waves the door shut behind me as he hurries to open the cockpit and hop in.  One does not drive their own Origin 200I.  That’s what Daniel is for.

The ship barely shakes as Daniel takes off, heading into the atmosphere.  He’s put in my destination, received a safe sky-lane from Planetary Control, and dealt with another hundred things I’m sure pilots have to deal with.  I’ve opened the bar and poured myself a Port.  I kick off my heels and lean back, neck bent backwards, eyes closed.

‘Tchaikovsky, please, Daniel’ I say, settling in.  The Overture comes on.  It’s harsh, but still relaxing, just as I need to be.  The flight should take twenty minutes.  Twenty minutes to compose and collect; when I step out of the ship I need to be on again.  Harsh, composed, relaxed.

I sip at the port, relishing its harsh sweetness.  I will be in control.  I must be.

The election goes swimmingly.  Forty-seven new transit Senators are elected to the Parliament from various districts.  It may not sound like much, but it’s a beginning.  A grand beginning, for a new party.  And the party leaders know that a large part of the evening’s success is down to me, down to the speeches I made, the glad handing I suffered through.

The deals I made.

The election night…it’s a party.  Even I let my hair down, so to speak.  The booze flows, the politicians shine, the stars shimmer, the supporters lucky enough to be invited gape.  Transit is a new party, trendy, and the famous have shown up in droves.  Holo-stars, musicians, writers, we catch them all.

Brant Sollen helps me out of my dress later.  He was alright in ‘eyes of gold’ and terrible in ‘Vanduul Rising: Downfall II’.

He’s better in bed than he is on film.

At seven AM I crawl out of bed, take a Sob3r pill, and stand, naked, watching the sun rise.

I breathe deeply, calmly.  The election is over.  We’ve done better than we ever expected.  I should be  happy, and in a way I am.

The election was just the beginning.

The real battle starts now, out there, out there with the rising sun.

I don my armour.