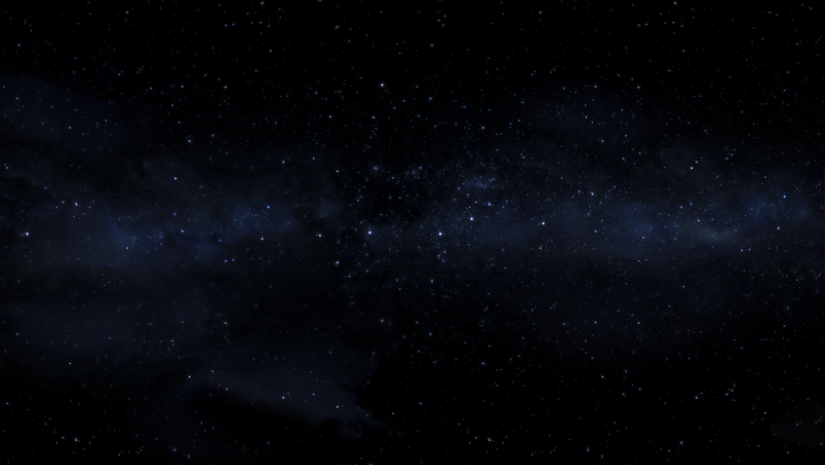 One Day Written Wednesday 23rd of September 2015 at 08:30am by StormyWinters

Hey The Relayers, to a writer inspiration comes in many forms. It can be an image, a word, a moment from a show you see on TV or in some instances an endearing story you hear from someone. This piece was inspired by such a story. I dedicate this to those who imagined a world beyond their time. To the dreamers who see vividly, wonderful cities and worlds in their mind’s eye that don’t fit today’s world but one day may become reality. Special dedication goes out to the unique lady who inspired this piece, someone who’s a shining example that the world of Star Citizen can be enjoyed by everyone at any age.

The little boy sat expectantly at the window waiting impatiently to catch a glimpse of his father’s Merlin. That flash in the sky he always saw in the evening’s dying light, announcing the imminent arrival of the little ship.

Today was Friday, his favourite day. His father always brought something home from work, an interesting artifact that he would pore over with his son in his office. Explaining the origins and known facts of the precious piece of ancient history. As an archaeologist and curator for the local museum he had access to all of the neat artifacts from a far gone past.

The far off wink in the distance announced the imminent arrival of the Merlin to their doorstep. Logan waited with barely-contained anticipation as the sleek little ship descended from the sky, making it’s final approach to their one landing pad outside.

His fingers impatiently drummed the window as his father finally touched down. The power down cycle always seemed to take forever on Fridays, extending his period of waiting. His father descended from the cockpit, a small box under his arm, then nonchalantly strolled toward the house. He’d no sooner passed the threshold when Logan leapt into action, following his dad to his study as was their Friday ritual.

The box was deposited on the table set up in the middle of the room, underneath the best light that chased the shadows away. His father pulled out two pairs of gloves, handing one set to Logan and donning the second pair himself.

Logan pulled on the soft white gloves, surveying the funny-looking box sitting squarely in the middle of the desk. The outside was covered in a sprinkling of dark dirt, brush marks marred the surface where someone had swept the excess off.

“What is it, Dad?” Logan asked placing his chin on the desk edge. The outside design gave no indication as to the function of the item.

“We think it’s a time capsule,” his dad answered, “We did several scans at the museum and there are a bunch of rectangular objects within.”

A small wedge was eased in between the lid and the box, Logan held his breath as he watched his dad very carefully tap the end. A hiss of air announced the breaking of the seal, they both seemed to hold their breath as the lid was eased off the top.

Logan peered in seeing a stack of white envelopes, it was all he could do to keep the disappointment from his face. His father pulled one out, turning it over in his hand, checking it out from all angles. It crackled strangely as it flexed in his father’s hands. Logan reached out and ran his finger across the surface of the crisp material, “What are they?”

His father took a moment to consider before speaking, “They seem to be letters….very old letters.”

“They look brand new though.” Logan said taking in the brightness of the envelope. He watched with expectation as the letter was set down on the table and his father carefully separated the flap from the pocket. He extracted one sheet from inside laying the folded paper on the table in front of them.

Logan looked up at his father anxiously waiting for permission. Their eyes met momentarily and the slight nod was all that was needed for Logan to lean over the table closer to the pages. The sheet was slightly discoloured and he carefully unfolded it, gently flattening it on the table.

Logan studied the childish scribble that covered the page. A date was neatly scrawled in the corner by another hand, a more experienced one. Logan scanned the words and looked up at his father, “It looks like a letter written by a kid.”

“Why don’t you read it to me.” His father urged standing back so his son could look over every last detail.

“November 1949,” Logan began, his eyes widening at the almost impossible date that stood in stark contrast to the white of the paper. “What I think the future is going to be like by Martha, 7 years old. One day there will be flying ships. Ships to take us wherever we want to go, to planets away from here. We might even meet strange people from other planets and become friends. I might be able to one day become a captain of my very own ship, flying around the universe. To explore new cities away from here.”

Logan turned the page over, disappointed at the sight of the naked back side of the letter. His father leaned past him picking up the little paper pocket he had taken the first letter from. He pulled the second folded sheet of paper and laid it open next to the first.

The paper was different, the colour of the letters a shade darker than the first, and the year….July 2047. Logan had to read the letter once to himself to decipher the neat, loopy letters laid out so precisely. “The world the way it is today by Martha, 105 years old. As a project of posterity, I was asked to pen a letter to accompany the one I had offered to place into the time capsule they’re closing up for a future generation to open, one I had written when I was 7 years of age. I never stepped foot into the great beyond or captained my own ship but mankind has made many advancements in the right direction. We stood on the moon. We stood on Mars. We explored the planets within reach of Earth. I have hope and faith that we will reach out into the Milky Way one day.

“I never met aliens from other planets but that doesn’t mean that they aren’t out there. My descendants will be the ones to explore the exciting reaches beyond and may be the first to make first contact. My hope is that this letter reaches a time where maybe my dreams will have become reality.”

Logan set the letter down with the first one after he finished reading the short missive. “Dad, how can someone from so long ago know what the future would have been like?”

“She didn’t, son,” his father answered, “was she wrong though?”

Logan shook his head before his father continued, “What does that tell you?”

Concentration marred his brow as he tried to come up with just the right answer his father wanted but in the end he wasn’t sure what exactly he was looking for. “I don’t know.”

“It means that someone very long ago had a dream and that dream came into being. It means that you should dream big because one day your dreams may also come true.”