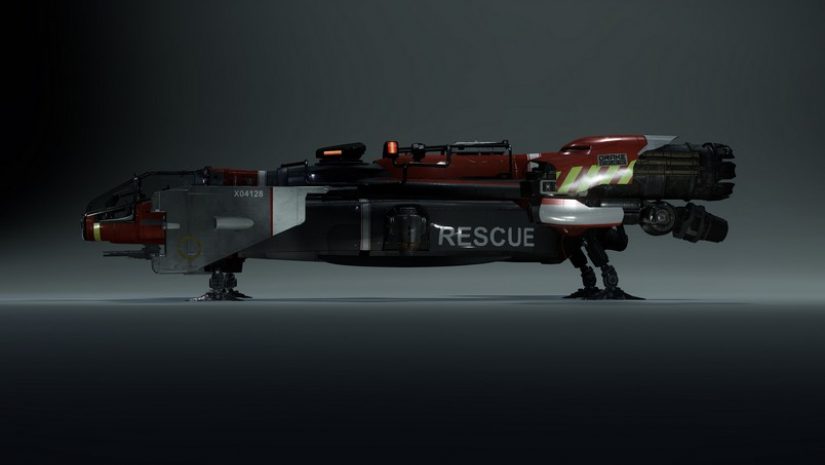 MOTNE: Kase Nash Written Sunday 2nd of August 2015 at 07:00am by StormyWinters

Hi The Relayers, welcome to another installment of Misadventures of the Non-Essential. Through this series I’m hoping to showcase some of the careers you might find on a Hope class Endeavour, if you enjoy the series and have a suggestion on a career you would like to see highlighted, please let me know. Special shout out to CrushBoss who was the inspiration for this piece.

For those dropping in for the first time, this piece can be read as a stand alone but if you’re interested in reading the first installment, you can find it here: http://imperialnews.network/2015/06/misadventures-non-essential/

It’s a quiet night. Not really something we here on the Gregory are very used to. As one of the few large scale mobile medical facilities available in this sector, this place is around-the-clock busy. I’m standing at the rail of one of the observation windows, watching the comings and goings of traffic.

I catch a flash of silver and red out of the corner of my eye, one of the Cutlass Reds departing. The Gregory is home to a handful of them including my ship, the Thanatos.

A name always tells a story, my ship is no different. Those up on their ancient Greek mythology would know that Thanatos was the personification of death. Not so comforting when you think that the Red is meant to save people but here’s the catch, Thanatos was tricked into captivity by Sisyphus and as long as he was imprisoned, no mortal would meet their demise. In my mind I like to think that as long as I’m in control, we will always bring them back alive.

My name is Kase Nash, my call sign is Lazarus(yeah, the irony is astonishing,maybe one day I will tell you the story behind it) and I’m one of the M.A.R.S. aboard the Gregory. A small core group of Medical Air Rescue Specialists are stationed here at any given time, ready for the call to go out. Besides me and my co-pilot, the Thanatos transports a nurse, a resident doc, and a fully stocked med bay. Oh, and Bob. Bob’s the Thanatos’ Autodoc – priceless piece of equipment in place of a second trained nurse or doctor.

My mobiGlas pings drawing my attention to its screen. Code red.  So much for a quiet afternoon. Now I’m running through the corridors as fast as I can, dodging the usual lev-stretchers and medical personnel, “Make a hole!”

I’m the last one to arrive in the Thanatos’ docking bay. My co-pilot Jaxon Connors is already suited up and ready to go, “Cutting it close, Laz!”

I’m about to flip him a rude gesture when I catch sight of Carmel Louis, loading her med kit into the back of the Thanatos. Dr. Ian Curtis not far behind. Damn… last one aboard my own ship. I rush to my locker, pulling my flight suit and helmet out.

The Thanatos is ready to go with crew onboard by the time I climb into my seat, strapping in. Carmel’s voice echoes through my helmet into my ear, “Passengers secured.”

The Thanatos drops out of the jump point, my eyes immediately scanning for the wreckage that had been called in by another ship. I spot it, “Radar, do you see that?”

My RIO is silent, obviously as stunned as I am at the sight that meets our eyes as we pull in close enough to see the collision in detail.The tangling of a Super Hornet and Vanduul Scythe gone bad. The Scythe’s enormous blade sits at an awkward angle, tip through the cockpit of the Hornet. The body of the Hornet hangs suspended by shredded remnants, the blade having sheared it open like a tin can. The Scythe’s cockpit floats a short distance away, having detached from the arm and carried to its resting place by residual momentum.

You know, you hear stories from Navy pilots about the Scythes trying to rip them open but to see it up close, in person… the carnage is just staggering.

“Dr. Curtis, you’re clear for zero-G,” I call over comms to the med bay of the ship as soon as we come to a complete stop. A red indicator pops up on one of my screens, telling me that the outer door has been opened. Moments pass before the lev-sled and two suited figures come into my field of view.

Sometimes this is the hardest part of the job, watching the medical professionals take over the heavy lifting. Every minute that ticks by is one minute closer to death, reducing the chances of a positive outcome.

Carmel and Ian work on the canopy wedging small, charged, compressed air cylinders under the seals. A visible puff of smoke emits from the charges as they detonate, canopy popping free. Carmel peels it back as Ian grabs his med kit off the sled. Their comms suddenly activate in my ear as they get their first real look at what they’re up against.

Dr. Curtis points at something in the general direction of the sled, “Hand me that cutting torch, we’re going to have to take part of it with us.”

Both Carmel and Ian work diligently for fifteen or so minutes, their hands working frantically inside the cockpit. All I see is the top of the pilot’s helmet, his head hanging forward, chin resting on his chest. He’s not moving.

Ian hands Carmel the torch which she uses to sever the safety harness holding him in place, the body rising with guidance from the doctor. It’s not til the body clears the cockpit do we see the extent of the damage. “Damn.”

His body’s been impaled by the tip of the Scythe’s wing, the sharp apex exiting through one side of his abdomen, forcing them to not only cut the seat apart but a portion of the Scythe wing as well. They lay him down on his side on the sled, replacing all their tools in their kit before maneuvering the sled back towards the Cutlass.

I watch the red indicator waiting impatiently for it to cycle to green. “Come on.”

“Passengers secured.” Carmel’s voice chirps in my ear just as the indicator blinks back at me the desired colour. I set the Thanatos in motion, heading back to the jump point. As Carmel is wont to do she’s already yelling in my ear, “Lazarus, as soon as we exit jump. I need you to hail the Gregory, they’ll need to prep a surgical suite and a full trauma team.”

“Approaching jump point, secure patient for jump transition.” I transmit back to the med bay before cycling up the drive.

I’m on the comms as soon as I’m able to transmit a clear message, “Gregory, this is the Thanatos. We are bringing in a code blue, surgical suite and trauma team requested on stand by. ETA 10 minutes.”

Those words are the only two words I receive in response before the comms go quiet. I can almost feel the minutes ticking by, working in time with my heartbeat, speeding up with the anticipation of making it back in time.

The Gregory looms ahead and I angle towards our landing bay. Jax’s voice comes through as we’re on our final approach vector for landing, “Coming in a little hot, aren’t we?”

In answer I pull back on the throttle last minute as we glide into the bay and to our final resting spot. The trauma team waits a short distance away, impatient for me to cut the Thanatos’ engines. As soon as they cycle down, the team rushes forward and disappears from view.

I release my harness stepping past Jax into the back. Hoping beyond hope that we’ve arrived in time. We watch as the trauma team assists Carmel and Ian in transferring the patient to the mobile stretcher, tubes and wires trailing behind like a tangled spiderweb. Lastly, all the hook ups are reattached to the stretcher before they move out of the Cutlass’ med bay. I catch a fleeting glimpse of long blonde hair before they disappear down the ramp, their patient….is a woman.

I follow them down, stepping off the ramp onto the decking of the ambulance bay and I stop, watching as they hurry away. One of the custodial staff passes the trauma team on their way out, on his way to do a thorough scrub down of the Thanatos’ med bay. I step aside to let him pass and he turns briefly and watches the backs of the trauma team until they disappear, “One day, I’m going to be a doctor too.”