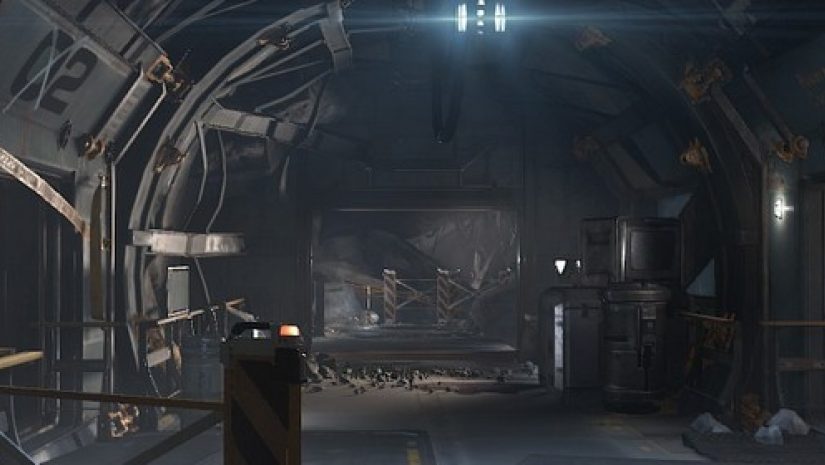 Zara’s curly black hair bounced in front of Lars’ eyes, and she flashed him a smile as she bent down and grabbed the model of the Reliant he was putting together. He’d been working on...

Zara’s curly black hair bounced in front of Lars’ eyes, and she flashed him a smile as she bent down and grabbed the model of the Reliant he was putting together. He’d been working on it for a few hours while she sat across from him, reading off a holopad and occasionally making funny faces at him in an attempt to distract him. Lars had ignored her, his face a frowning mask of concentration. Obviously, he hadn’t given her what she wanted, because she was skipping away with his half-assembled model ship overhead, making swooshing spaceship noises.

Lars scowled, dropping his glue on the desk and rising to chase Zara. He felt like he’d been chasing her a lot, lately, and she was always in his business. She scampered away, giggling, and he struggled to keep up.

Lars throttled down as he approached the floating remains of the Cutlass, powering his Reliant’s forward spotlights on and illuminating the wreckage. Crates shifted in their cargo nets, tethered to the shattered rear compartment of the Cutlass. Lars smiled, activating his Reliant’s retrieval field and guiding it to the crates.

His shields suddenly flared as laser fire lanced out of the black, sparking off his ship and making Lars jump. Two Auroras and a Cutlass Blue passed overhead and came to a stop above the wrecked Cutlass, bringing their guns to bear on Lars and his Reliant. He opened comms immediately, broadcasting to the ships.

“This is my salvage, by rule of law.”

“It’s funny, I thought you’d grown up when you said you found work with a salvage company. You didn’t mention that they were pirates,” Lars said ruefully as he powered up his engines, his hands gripping the flight stick with whitening knuckles.

“Leave, Lars. We won’t give you any more trouble if you just fly away.”

Lars bit back a retort and simply focused on his course back to the space station.

Lars could hear the gasping, panting breaths and whimpers before he stepped into the smoky bar. Cheap lights flickered and rattled over the sound of somebody getting the shit kicked out of them. Lars stepped over to the bar counter and dropped a few credit chits onto the stained metal surface. The bartender stared at him incredulously, obviously questioning his sanity of someone who wandered into an establishment and ordered a drink like somebody wasn’t just getting beat half to death two booths over. Lars glanced over towards the booth in question.

A man in torn leathers was dropped flat on the floor, bleeding and broken, barely conscious. He gasped and gargled incoherently, rolling up into a painful ball. Four other men wearing similar leathers and one familiar woman stood over him, scowling. “You tried to take our haul. You’re lucky we didn’t just shove you out an airlock.”

“You thought you were above it because you worked for us. Thought we wouldn’t mind. You’re done, you hear? We see you around the hangar again, we’ll kill you.”

The five pirates strolled by the bar, setting down glasses as they went. Zara lingered at the bar, her eyes meeting Lars’ own for a moment. Lars glanced down to her hands, noting the blood that covered her fingerless gloves, spattered on her knuckles, before looking up to meet her gaze. She strolled by, following her partners, leaving the bleeding man behind. Lars saw the tremble in her lip, the way she couldn’t meet his stare, the fearful tears that threatened to spill.

Lars picked up the offered beer and downed it in one go, before leaving the smoky bar behind.

The hangar was dark and dingy, and smelled like spilled coolant and rust. Two Auroras and a Cutlass Blue sat in the large main bay, and crates of supplies and material filled the rest of the space. Lars walked with a calm that belied his true mood. He could hear the slaps, the gasping yelps. The Cutlass Blue’s rear cargo ramp was open. Four men stood in a close circle around a gasping woman who clutched at her jaw as blood spilled from a split lip; her black, curly hair mussed and matted from abuse. One man leaned down, scowling at her. “You fucked up. We could have had a good score, but you didn’t do your job, and now we have nothing to show.”

“I’ll be taking her, then,” Lars said calmly, standing a few paces from the nearest man.

One turned, scowling. “Who the fuck are you?”

“Lars, get out of here!” Zara said, moving to stand up but falling onto her side instead, one knee buckling painfully..

Lars drew the machine pistol before any of them could react, and a spray of gunfire at chest height put all four men on their backs, bleeding and screaming. Lars stalked past them, holstering the smoking machine pistol, and grabbed Zara by the arm. He lifted her up onto her feet, steadied her at his side, and then walked out of the hangar with her beside him. Neither of them looked back.

Zara smiled as she walked beside Lars, a slight limp in her step, but Lars found her more beautiful for her imperfections. They strolled through the port, heading to his hangar, chatting about charts and hauls and work for the future. There was a lot to be done, but they had a plan, now.

Lars and Zara entered the hangar and walked to the loading ramp for his Reliant. Its small bay was loaded with medical supplies, ready to be run to a nearby system. Zara’s curly black hair bounced in front of Lars’ eyes, and she flashed him a smile as she danced up the ramp, her limp all but disappearing in the joy of her twirls and skips. Lars smiled wistfully as he followed her up, his small smile growing into a smirk as he reached the cockpit and found Zara sitting in the pilot’s seat.

“That’s mine,” he said playfully, shaking the back of the seat and making Zara laugh.