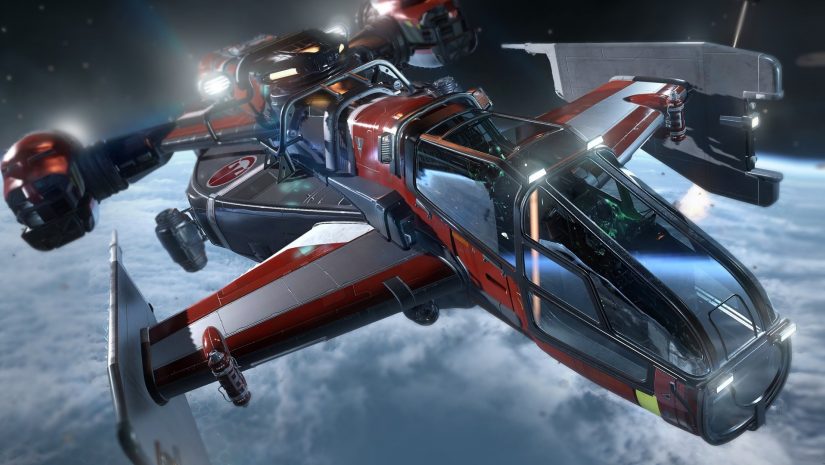 Irises and Anemones on New Corvo Written Wednesday 4th of January 2017 at 10:00am by StormyWinters

It's been awhile since I've done the whole writing thing, was a bit of a dash to the finish but I hope my efforts paid off in the end. I hope you enjoy it. :)

Life is made of moments taken for granted. Moments of joy, moments of sorrow, moments of regret, the list goes on. The touch of his fingers as they glided down the skin of my back, the way he would caress my hair and then my face but most of all the light kisses he pressed into my neck each morning we were able to steal moments together in our busy lives.

Everett was a Navy medic and trained Cutlass Red pilot, he was stationed at the New Corvo Naval base and did regular rotations off world every few months. I was a civilian nurse at the New Corvo Medical Institute, New Corvo’s largest hospital. Between his deployments and my shift work, it took a lot of effort and work to try and make something in our schedules work.

This morning was a rare occurrence. The sun streamed through the window of my bedroom, warming me as I slowly woke. I could feel the weight of Everett’s arm across my hip, his body heat permeating my back from his closeness, his breath slowly tickling the back of my neck every time he exhaled. I reached back and slid my fingers into the hair at the back of his head, slowly working my fingers in circles as I heard him sigh.

“If you keep that up I may not leave this morning.” His gravelly morning voice vibrated my shoulder, his lips pressed up against it.

“Would that be such a horrible thing?” I asked with a small smile.

“Mmm, no. Would just make us both AWOL and then I’d have to contend with the Navy knocking at your door to drag me back.”

I didn’t have a chance to answer before his mobiGlas pinged abruptly in the quiet apartment. I felt him roll away from me to grab it from the bedside table, fully expecting him to check it and rejoin me. When a long moment went by I turned and glanced at him, his face a mixture of focus and shock.

He jumped out of bed quickly gathering his clothes and pulling them on, “I’m being

recalled immediately. There’s been a Vanduul attack in orbit, our fleet is fighting them as we speak.”

As if to emphasize the truth of his words my mobiGlas pinged beside me, I quickly read the message that had been sent. NCMI was prepping for a mass casualty situation, calling in all able bodied medical staff to assist and stand by. I threw the covers aside and grabbed my clothes off the chair and quickly dressed. Everett was almost ready and walking out the door.

I chased him out my front and stopped dead in my tracks as I looked up to the sky, “Everett…”

My voice trailed off as I spotted the battle that was taking place in orbit right above us. Splashes of colour so intense they lit up the early morning sky, one disappearing just to be replaced by another. A cold feeling took hold in the pit of my stomach, I grabbed his hand so tight in mine my fingers ached. I turned to him taking hold his other hand, “Don’t go.”

“Sweetheart, you know I have to.” His voice was gently restrained as he pulled me tight

into his arms, his hand rubbing my back trying to calm me. “No more than you couldn’t stay if I asked you to. We have our duties.”

He pulled back caressing my face with both his hands, “We both have to be strong and think of the people we need to help. Focus on that, ok?”

I nodded as I bit my lip to keep my eyes from filling up. I was scared and he knew it, his voice was rock solid, not one tremble in any of his words to convey his fear. He kissed me softly on the lips before pulling me in for one more tight embrace, “Know that I love you very much, ok? I always will, stay safe.”

A military transport pulled up, I hadn’t even seen or heard it coming up my street. “Lieutenant Cole, we were sent to retrieve you.”

“I’ll see you later.” His words whispered into my ear before he pulled away, dropping a quick kiss on my forehead before hopping into the waiting transport.

I watched the transport take off and disappear down the street at an urgent speed. I waited til I could no longer see it before turning and starting the walk to work. NCMI was only a 10 minute walk from where I lived but Everett’s sense of urgency had also taken me over and I felt the need to make it quickly. Just as I walked through the doors of the hospital I heard the aerial siren go off, warning the city of an incoming attack.

Mere minutes passed before we felt the shudder of the first bomb shake the ground, the lights blinking off and on once, everything glass rattling momentarily. “Amy, I need the staff list, I need to know who’s here.”

I was the charge nurse for the NCMI Emergency Department and used to the chaos and busyness of said department but I knew our worst day to date wouldn’t compare with today. I was handed a digital manifest that I quickly scrolled through, assigning tasks and duties as fast I could. Trying to get the basics out of the way before we were inundated with the wounded.

The next hours pushed us to the brink, the bombing accelerated and it became the norm to hear both Navy and Vanduul aircraft whistle over the city as the Navy fought to protect the city from the enemy. The outside courtyard turned into triage as every free space filled up inside the hospital, forcing us to only admit the most critical and treat the minorly wounded outside under the risk of aerial attack.

The floors inside my department became slick and dangerous to traverse as we worked feverishly, hopping from patient to patient in hopes of saving as many as was possible as they bled all over my floors. A few Navy personnel who obviously hadn’t made it to the base filtered through the doors. Every time a uniform ended up on one of my beds, my heart stopped. Just to start again when I realized it wasn’t Everett.

The evening wore on and supplies were low as we scrambled to field dress and treat everyone with whatever we had. This was the one time I was glad I had sat through one of Everett’s little lessons when he had shown me the basics of how to patch someone up with no advanced medical techniques. His words at the time echoed through my head, “You may not always have all the fancy machines and advanced technology that you’re used to. One day you might be forced to resort to other means.”

The main power had been knocked out hours ago and we’d been running on backup power ever since, it made things twice as hard as day turned to night. I threw another pair of gloves into the closest overflowing garbage and snapped a clean pair up as I moved to the next bed. I could hear the wheezing of his laboured breathing before I even got close to the bed, never a good sign. As the the closest nurse stepped back to allow me closer inspection my heart dropped and I felt bile rise in my throat.

Tears filled my eyes and pooled there, his eyes locked with mine and held them. “Hello sweetheart.”

Those words took the greatest effort for him to say and I felt the pooled tears silently track their way down my cheeks. I stepped forward and lifted the dressing from his chest as small trickles of blood slowly seeped down his sides. I closed my eyes and replaced the dressing, my hand lightly holding it in place.

I felt him lay his hand over mine, my eyes opening to meet his. His raspy breaths came irregular and he fought to speak, “I know.”

I felt defeat settle over me, there was nothing I could do for him. His condition was too far gone to treat with what I had on hand, he’d lost too much blood. He’d come in too late in the day for me to do a damn thing for him and because of a wretched twist of fate, I was going to lose him.

I grabbed his other hand with my free one and held tight, my eyes staying locked on his. Feeling his chest rise and fall irregularly, a small hitch once in awhile that forebode what was ahead. I felt his warmth slowly seeping through my fingers as his life drained away. Any words that I might have said wouldn’t have been enough, my eyes told. Hot tears smearing the dirt on my cheeks as they left clean trails behind.

In the end Everett managed to rally enough to speak once more and it was enough, “Know that I love you and that I always will.”

His chest fell once more and didn’t move again, his hand slowly sliding away from mine as the weight of his arm pulled it down. Life is made of moments taken for granted... the way his eyes lit up when he smiled, the way his lips felt anytime he kissed me, the softness of his hair as I ran my fingers through it, and so much more.

When it was all over, the fighting and the dying, it rained. The day after everything went silent, large drops soaked into the earth, attempting to wash away the evidence of destruction and death. I walked out to the crest of a small hill overlooking the largest park and river in all of New Corvo - the spot Everett and I had always called our own.

Scorched earth with patches of enduring life dotted the park, I turned my face up to the rain and let it wash down, mingling with the tears that escaped the corners of my eyes. I looked up to the sky, the unseen space where Everett had spent most of his career, doing what he loved. My voice cracked mildly but I managed to get the words out before new grief hit me, “Know that I love you and always will.”

Author’s Note: The title to most wouldn’t make sense when you finally read the story but when I wrote that final paragraph where she’s looking up into the rain in the park, the thing that came to mind was flowers and that each flower symbolizes something. An iris for instance is symbolic for hope and valor while an anemone is symbolic for the end to cold, dark days and the return of the sun. Both appropriate especially for that final closing paragraph, I hope you enjoyed it.