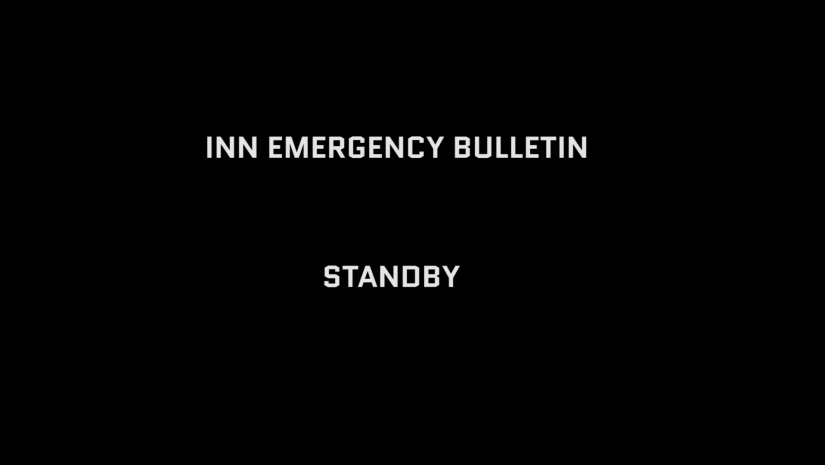 AN: Happy New Year to all of our readers and supporters! This story is dedicated to the people working hard in retail over this holiday season. It’s almost over! Hang in there!

Ryan swept a rag across the glass counter top display for what was, in his mind, the one millionth time, wiping away imaginary particulate and microscopic dust. The floor could probably stand to be swept, but Ryan was just doing his best to fill the short few minutes until he could close up the shop. His mind wandered aimlessly, stuck on some sort of retail autopilot as he drifted around the store, straightening up the shelves and adjusting the holographic display emitters. His routine was roughly interrupted as a man walked swiftly into the store, staring around through glazed-over eyes clouded by mobi-glass displays. Ryan stepped behind the counter and watched as the man strolled quickly between the aisles, examining the holographic displays intently, allowing Ryan to fully take in his new customer while he browsed. The man was, perhaps, mid-thirties, with black hair and pale skin pitted with small scars. His eyes were an indiscernible color, hidden behind the lights of his mobi-glass rig, though Ryan could see the dark pupils darting rapidly as they processed data. He wore a navy business suit, fitted poorly for his lanky frame, with a black satchel at his side. Finally, after several minutes, the man turned to regard Ryan and asked, “Do you work here?”

Ryan stared at the man for a long moment before looking down to his regulation Cubby Blast company jacket and name tag. He looked back up at the man and nodded slowly. “Yes. How can I help you?”

Ryan glanced around the store’s shelves, taking in the massive display of hypothetical firepower to be purchased, and quietly suppressed his disbelief that anybody in the universe could be stating such an obvious question to him. “Sure. Of course. What gun are you looking for? We have—” Ryan made an all-encompassing gesture with both hands, “—lots of options.”

The man frowned slightly, glancing back towards the shelves for a moment, his mobi-glass reflecting off his pupils as he considered his options once more. He finally turned back to Ryan. “The P4-AR Ballistic Rifle.”

Ryan nodded, a wash of relief going over him as his customer got right to the point. “The P4 is a good weapon. Do you have your identification with you?”

The man shifted slightly, looking towards the front door of the store. “No.”

Ryan frowned. “Well, unfortunately, company policy disallows me from selling you a fully automatic weapon without identification. Did you have any other weapons in mind?” In the back of his mind, Ryan prayed to every deity he could think of that this man would leave, as he watched the clock on the company terminal switch to a minute before closing.

The man glanced towards the shelves once more. “What can I get without my identification?”

“Fine. I need the highest caliber pistol I can buy without an identification.”

Ryan sighed and tapped at the company terminal, querying the database for smaller caliber weapons that fell under the restrictions for purchases without identification. The man tapped his foot on floor, grating on Ryan’s nerves as he worked. Finally, Ryan pulled up the counter top holographic emitter and activated it. “The LH-86 Ballistic Pistol is the highest caliber pistol you can get.”

The man pulled a credit chit out of his pocket and dropped it on the counter top, barely looking at the holographic weapon. “Great. I don’t care about the price. I need that, and some ammunition for it.”

Ryan nodded, picking up the credit chit and scanning it. “How much ammunition?”

“Two hundred rounds,” the man said, glancing once more towards the front door of the shop, “and could you hurry it up? I’m in a bit of a rush.”

Ryan froze for a moment, blinking down at the terminal as he quietly clenched his fists. A slow smile spread across his face as he noticed the time on the clock. “Sure. I need a location for delivery.”

The man’s gaze moved to Ryan. “Location for delivery?”

“Yes. As it is after store hours, we’re unable to access the rear stock, so your weapon will have to be delivered to a location of your choice.”

“But I can see the gun. You’ve got it right there,” the man said, tapping the glass countertop to the displays underneath.

Ryan made a show of looking down over the counter and spotting the gun, which he knew was there. “Oh. That’s a display piece.”

“Right, but is it functional?”

Ryan thought about it for a few extra seconds longer than he actually needed to. “Hypothetically.”

“Company policy states that a display model shouldn’t be sold unless the store’s stock is exhausted. Wouldn’t you rather have a new, fresh-out-of-the-printer gun delivered to you?” Ryan said, managing to look neutral as the man squirmed.

“But we have the gun in stock.”

“But your stock is inaccessible because it’s after store hours!” The man said, exasperation writ large across his face.

Ryan glanced at the clock. He was now four minutes over closing. “Correct.”

“So, why don’t you sell me gun you have access to?” the man said, tapping the glass again.

Ryan considered it for a moment. “Well, I don’t know…”

Ryan blinked in surprise and stared at the man for a moment. “Wait, seriously?”

“Yes. I need that gun. Will you sell it to me, or not?” The man wasn’t even looking at Ryan, his focus on the front doors of the shop.

Ryan shrugged. “Sure. And two hundred rounds of ammunition for it?”

Ryan walked back the display cabinet and unlocked it with his company id, and then set the gun down on the counter. He bent down beneath the display and started reaching for the ammunition, when he heard the chime of the front door opening. Ryan cursed and glanced up over the counter, just in time to see three armed peace officers run into the store, weapons drawn. The man grabbed at the gun on the counter, and Ryan dropped to the floor, knowing what was about to happen.

The store’s rear wall exploded as the three officers opened fire, their high-powered electric stun rounds shorting out the holographic displays and blowing a few of the lights. Ryan lay flat until the firing stopped, covering his head. The ringing in his ears finally abated, and he stood up slowly, hands above his head. “Don’t shoot, I just work here!”

Two officers surrounded the man, who lay twitching on the floor, gasping for air as the electric rounds did their work. The third aimed briefly at Ryan before lowering his gun. “You all right?”

Ryan nodded, staring at the rear wall of the store and the damage. “Oh, man. What the hell?”

“Sorry about the mess. We’ve been chasing this guy all evening,” one of the officers explained as he put electromagnetic binders on the man’s wrists.

Ryan lowered his hands slowly, walking around the store and taking in the overloaded holographic displays and shattered cases. Two of the officers stood the man up and led him away, leaving one officer behind. That officer walked up to Ryan and pulled out a data pad. “I’m going to need to take a statement from you.”

Ryan glanced wistfully at the clock on the terminal, just as it overloaded and went black. “I guess I wasn’t getting off on time anyway.”