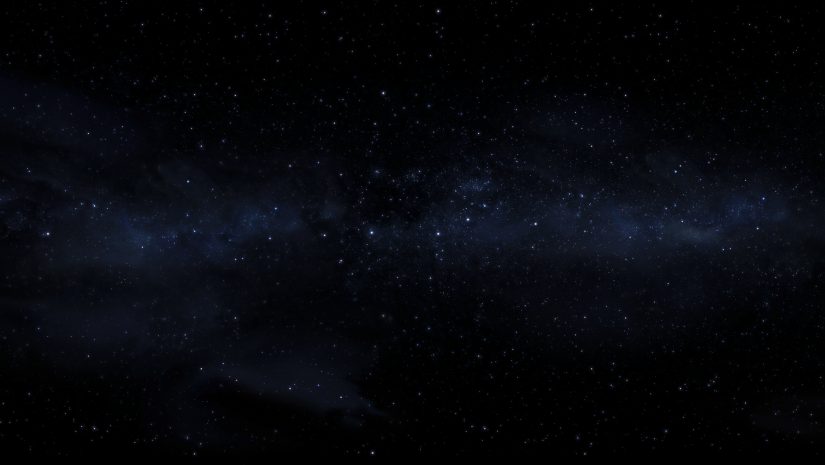 Hunted and Hunter, Part III Written Thursday 26th of November 2015 at 08:00am by StormyWinters

Hey The Relayers, the long awaited continuation of the Hunted and Hunter series by Dragonfiremalus. Enjoy.

“Breathe in, breathe out,” said the deep, calm voice at my side. “Don’t yank on the trigger. You’ll pull the gun all manner of ways. Squeeze gently . Let it surprise you.” I gazed down the scope of the rifle. Six hundred meters away, a group of dog-sized herbivores called kroen were gathered, nibbling on the grass in the meadow. One had ventured out farther than the rest, and my sights rested on him. “Now breathe in again, then breathe out part way and hold. Fire when ready.”

The shot echoed across the valley, and six hundred meters away the kroen sprang back into the safety of the woods. All of them.

“Damn!” I breathed as I watched them disappear.

“Still missed.”     “Don’t be hard on yourself,” he said encouragingly. “That’s a tough shot. Wouldn’t a’ even let you take it if it hadn’t a’ been the closest anything’s come all day. Bad luck.”

“Would be a lot easier to track them on IR scanners and go after them, rather than sitting here all day hoping they come to us,” I said.

“No sportsmanship!” Jonas scoffed. “Next you’ll be wantin’ to shoot ‘em with drones from the comfort of the couch.” That actually did sound nice. “Now see if you can’t hit that stump on the treeline there before we go. Above all else, stay calm. Breathe in, breathe out.”

I gasped for breath, and immediately felt like I was choking on something. I clawed at my face, and yanked the breathing tube from my throat. It hadn’t been a dream, the ship and the market and the stench. That much was painfully clear. What was less clear was why I was even still alive. Not only that,  I had been given medical treatment, and now found myself lying on a thin mattress on a gurney. Hooked to the bed was a basic medical scanner and respirator that looked like it had come from a common shipboard emergency kit.

I slowly sat up and looked around. The room was empty and bare metal, except the one large window set into the far wall. A man stood with his back towards me, looking out. He wore the same black and green colors of the guards. But the colors were faded, and his long jacket had been torn and mended many times.He wore no helmet, bare head topped in medium length black hair.

I glanced around, looking for anything I could use as a weapon. The only thing at hand was the breathing tube, so I carefully detached it from the ventilator. I quietly stood and crept across the room, thinking I would attack him from behind and make my escape.

I was two steps from him when he turned, unfolding his arms from his chest to point a pistol at my head. “Nice try,” he said in a deep, throaty voice. “But I did hear you choking a few seconds ago. You should have pretended to still be unconscious for a while until I relaxed my guard again.”

I stood motionless, staring into blue eyes set into a hard, weathered face. He seemed amused. He held himself with a sort of casual readiness, relaxed but coiled to pounce. “But since you’ve already thought of that,” I said nervously, taking a step back, eyes on the gun, “it wouldn’t have worked anyway.”

He smiled. “True. But on most people it might have.”

“I imagine most would have cuffed me to the bed,” I said. “Or just let me die.”

“Perhaps,” the man said. He lowered his pistol as he spoke, and I lowered my arms. “Jax was not very happy when the captain ordered you revived.”

“Follow me you can ask him yourself.” He turned towards the door, and I glanced out the window before following. It looked out into the blackness of space. A large asteroid slowly tumbled past, and orange and blue colors of a distant nebula split the blackness like a whirlwind of fire. “Come on.” I wrenched my eyes away and followed after the black and green mercenary.

The man said little as he led me down a narrow hallway lined with hatches on either side, then around a turn and up a steep set of stairs. He kept his back to me, but I got the distinct impression he was just waiting for me to attack. We rounded another corner and came to a much wider hallway, at the end of which was a set of double doors that slid open on our approach.

“Ajax!” a voice shouted from within. Inside the spacious room were around two dozen mercenaries in the black and green armor. They were lounging in chairs around tables, one group of four was engaged in a card game, and another gathered around a billiards table at one end. The far wall sported a large window that looked out over the floor of the slave market, now empty. In front of the window was a screen showing sales figures and profits. The fat auctioneer sat in a chair beside the screen, talking to a grey haired man in worn and battered black and green armor. Beside them stood the man I had fought on the stage, glowering at me. He had wiped the blood off his face, but hadn’t bothered patching up the cuts.

“So which was it?” the voice asked from the pool table.

“Who had breathing tube?” my escort answered loudly and triumphantly. There were cheers and groans, and little brown stims began changing hands. A bet had apparently just been resolved.

“Well, meet the Vipers,” he said to me, after being thrown a box of stims as his winnings. “At least most of us. The best merc outfit this side of Sol.”

“On what you’d use to try to kill me,” he finished the statement. “The favorite was bare hands, but other options included bludgeoning with the medical scanner, charging with the gurney, or strangling with your own clothes. Fender bet you’d convert the scanner to a ray gun and fry me. We gave him a hundred to one odds on it, seeing as IT’S IMPOSSIBLE!” The last was directed towards the group of card players.

“It is not!” one of the players shot back. “My brother met a guy who could do it.” He then grudgingly pushed a few stims over to another player.

Ajax walked across the room towards the auctioneer, and I followed after. “Captain Brannigan,” he said. “I brought him.”

Both men seated at the consoles turned, but it was immediately apparent who the mercenary was talking to. The grey haired man’s face was almost as scarred as his combat armor. Cold blue eyes were set deep into his face above a grizzled, greying beard. He looked me up and down in silence, then asked, “how old are you?”

The captain nodded. “And have you had any combat training?”

“No. Unless you count hunting with my uncle a few times.”

“Then how is it that you almost bested Jax here,” he said, making a nod towards the man standing his side, “a man with years of military training and combat experience? I must say I was impressed.”

I looked from the captain to Jax, who was still scowling at me, then to Ajax, who gave me an encouraging nod. I didn’t know what the right thing to say would be, so I decided the only thing was the truth as best I knew it. “He could have taken me out any time he wanted to. But he was playing with me, giving me too many opportunities. And on one I got lucky.”

The captain nodded. “And I’m sure Jax will remember the lesson.” Jax’s face turned almost to a snarl. “But now comes the question of what to do with you,” he continued. “Of course we couldn’t just leave you to die, even though you had to be dead in the eyes of everyone there. The other slaves needed to see what happens when they become unruly. But leaving you dead would be a waste.”

Of course that’s how they’d see it. Make money by beating me to death in front of a crowd. Then bring me back to make more money by selling me off anyway. “If it’s money you want, I’m sure my father would pay to get me back,” I tried.

He shook his head and gave a dismissive wave of his hand. “We’re not in the ransoming business. Always goes bad. I was thinking of something where you could be a bit more useful. I want you to join us.”