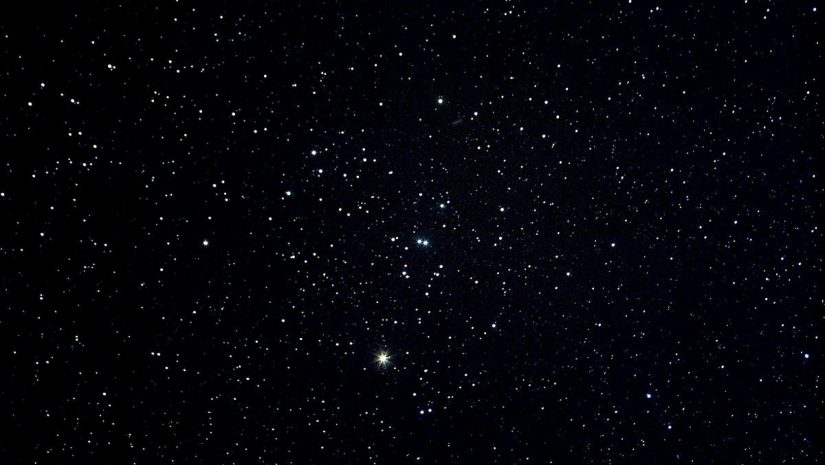 Hunted and Hunter XI Written Wednesday 14th of February 2018 at 11:00am by StormyWinters

*Note:* This work of fiction is posted in author original form as submitted.

Four seconds had passed between the bullet and the sound of the gunshot. That meant it had been a very long shot. It had to be Tanno on the LR-620 at well over 2000 meters. Farther than I had any hope of matching with the much lighter weapon I had. I thought back on the terrain and the clearing, the town down below, the sparse forest around, the hills beyond. The shot had to have come from the high hill on the far side of town. Only place Tanno could have gotten the right vantage point at the right distance.

A ship flew overhead. I stayed still, lying beneath a light cover of leaves and twigs. “Pup, I know you’re still out there,” came Brannigan’s voice over the radio. “We recovered Ajax’s body. He’s dead because of you.” I didn’t respond. That would just give away my position. “This town isn’t worth your life. Give up now, I promise we won’t hurt you. And you know I keep my promises.” I knew he did. He wouldn't hurt me, but I'd never see the outside of a mine again. And I'd rather be dead.

The ship moved away, and I carefully rose and moved off through the trees. I headed south, keeping the ridgeline between me and the them. Repeater fire sounded. I sprang behind a tree, but quickly realized it wasn’t directed at me. It came from the distance, in the direction of the town. It was answered by more gunfire. “Captain, the locals are back,” a voice said. “They’ve taken the Banu ship.” The thunderous rumble of the LR-620 echoed across the hills, and I broke into a run. They were fighting back, and I had to help. I had to stop Tanno.

“Worry about them later,” Brannigan said. “Get the kid.”

“We don’t have time,” a voice, I thought it belong to one of the pilots, said. “We should grab what we can and head out.” I couldn’t help but smile. I just might win. They would have to leave soon, but it wasn't enough to force them to go. I couldn’t let them take any prisoners with them.

I ran along the line of hills to the south of town, emerging from the trees behind the cover of the ridge. The ships were still searching the forests closer to the town, and it seemed I was temporarily in the clear. I carefully rounded the base of a hill, scanning the tall hill to the west where I was sure Tanno had to be. Sure enough, I spotted through my scope the silhouette a figure lying on top of the hill about a kilometer away, outlined in the grey, pre-dawn light. She should know better than to be that visible.

She did know better. The figure on the hill didn’t move, and the LR-620 hadn’t fired in a while. The realization came to me almost too late. I dove back, and the bullet meant for my heart drove itself into my left shoulder. I landed on the grass behind the hill, pain driving through me. But a part of me remained cold and calculating even as the rest kicked into panic mode. It was a smaller caliber round, if it had been the LR-620 I would have no arm left. Tanno had taken off her armor and set it up with the large rifle as a decoy, then waited with another rifle somewhere else for me to take the bait.

I slapped a medpatch on my shoulder to slow the bleeding, but the arm was useless. Meaning my rifle was useless. I left it lying on the ground and used the sling to tie my left arm as well as I could to my chest. The Vipers had been reluctant to give me a sidearm, saying I would never be close enough to the fight to need it. But finally they had given me an older style revolver. Six shots, and I didn’t even have spare bullets for it. “I see the kid,” Tanno said over the radio. “South of town, out of the trees behind the hills.”

The ships would be coming. There was nothing to do but clench my teeth and run, breaking from cover behind the hill and sprinting for the next. A bullet whizzed by, I ignored it and kept going, then juking sideways and slowing for a split second, driving forward again, and diving behind a rock, getting to my feet and sprinting again. I made it to the cover of the next hill, but kept running. My arm was screaming in pain but I had to keep going, keep as much distance as possible from me and the ships, and get as close as possible to Tanno.

“He’s coming ‘round to the west,” Tanno said. “I’ve lost sight of him.” I kept running as fast as I could, legs eating the distance along the hillside. Ship engines roared behind me. I thought my heart was going to pound out of my chest as I pushed on, harder and faster.

“Where is he?” a pilot’s voice asked.

“Wait, I think I see him,” Tanno said. “He’s... he’s...” I rounded a bend in a small gully, and there she was. She wore only her mesh suit that went beneath combat armor. Shoulder length black hair shimmered slightly. There was a look of surprise on her face as I pointed my gun at her. We stood there for a moment, frozen beside a large rock jutting up out of the hill. It was the first time I had seen her face. Middle aged, stern, but I would have called it pretty. I didn’t know how life had brought her here, or what her story had been. But I knew how it had to end. She raised her rifle, and I fired.

“Tanno?” Brannigan asked. “Tanno, where is he?”

“She’s dead,” I said. “I’m sorry it had to go like this.” There was no point in hiding anymore. They knew exactly where I was. Their hunt was over. Mine was about to begin.

I started off up the hill, Brannigan’s voice swearing and threatening and promising painful death in my ear. I reached the top. There was the empty combat armor laid out behind the LR-620 next to a small, lonely tree. I pushed the armor aside and lay down behind the gun. It would be impossible to get real precision with only one arm, but the tripod made using it at least possible. And I didn’t need to be very accurate. The Cutlass was closing in fast.

Two shots downed the shields. The turret blazed away at the hillside, kicking up dirt around me. But I ignored it and shot again. The third bullet ripped through the cockpit glass. The ship slid sideways, spun slightly, then crashed in a plume of fire and smoke into the hillside below me.

The next pilot was smarter. Before I could even get line of sight on him, a stream of missiles streaked towards the hilltop. They hit, incinerating the grass and the tree along with the LR-620.

The second Cutlass made a low pass over the area, surveying the ruined hilltop. “No way he survived that,” the pilot said over the comms. “Scanners picked up what looks like bits of Viper combat armor. He’s dead. I'm picking up some movement at the crash site,” he continued. “Someone survived, but there’s no place for us to land. Little Bear, check it out, then double-time it back to the Cobra. We’ve gotta split, militia’s likely to show up any minute. ”

The Ursa rover rumbled up the side of the steep hill, coming to a halt next to the burning wreckage of the downed Cutlass. “No way Tristen survived,” he said as he looked at the demolished turret. “But I think the co-pilot’s still alive!” the Viper said as he stepped out of the rover. “I see movement. Bates, help me pull him out!”

The two mercs got down from the rover and picked their way through the wreckage to the shattered cockpit glass. “Amos is dead,” the first said, checking the pilot. The copilot’s seat was empty, but a helmeted, bloodied figure lay face-down next to the chair. He reached out a hand to check the figure.

I rolled over and shot him in the head. The second merc had no time to react, no time to raise his weapon before I shot him as well. I searched the bodies and the rover. They had no pistols, nothing I could use effectively with just one hand. Only some medical supplies I used to stop the bleeding all together and quiet the pain.

Job wasn’t over. The mercs would be pulling back to try to try to capture as many locals as they could, the ones who couldn’t run or fight back, then dust off and break orbit before the militia came. And I knew I couldn’t let them take a single one. I had three bullets, one good arm, and a rover, against whatever was left of the Vipers.