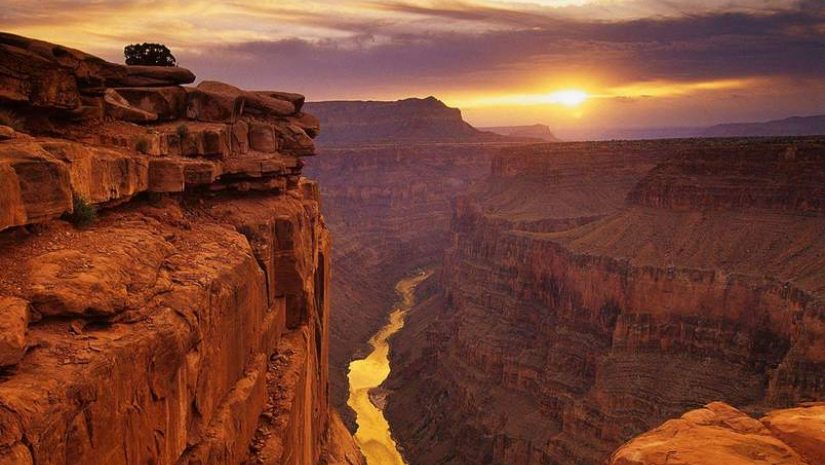 Hunted and Hunter, Part V Written Thursday 28th of April 2016 at 08:30am by StormyWinters

Hey The Relayers, another hosted fiction addition to Dragonfiremalus’ series, Hunted and Hunter. To get the most out of the piece it is recommended you read the previous parts.

A few days later Grimes informed the mercs that we would be heading out on a job. “Basic protection gig, nothing special.” The eight of us at the outpost loaded into the Cutlass and headed out, just a short hop to a spot on the same planet. The same rust colored dust swirled around the landing legs of the Cutlass when we got out, but the sharp, rocky terrain was replaced with large hills and deep valleys, even some sparse desert vegetation.

The Caterpillar that had been on the station was there as well and Captain Brannigan was standing in front of it with another troop of men, several boxes of cargo, and a rover. “You’re late!” The captain called as Grimes stepped down from the Cutlass. “You sorry excuse for a pirate!”

“Yea, I learned from the best. Too bad you were busy that day,” Grimes retorted, and both gave hearty laughs as they shook hands. “Turns out your pup is quite the shot.”

The captain looked me up and down. I was wearing a light suit of the green and black combat armor, with a dust colored coat to wear overtop. In my hands I held the scoped rifle I had been practicing with.

“Must be to give him the SMR,” the captain observed. “Good, we could use him on overwatch with Tanno. Ajax, go with ‘em for support.” The look he gavet Ajax gave me the impression he would also be there to make sure I didn’t try anything stupid.

We were directed into the rover, which took us only part way up one of the nearby hills before we got out again and climbed the rest of the way on foot. As we mounted the ridge, we  got on our bellies and crawled over the edge to keep out of sight in case anyone was watching.

“I’d do my job better if I knew what to expect,” I said as I lay between the thin, helmeted Tanno and the larger bulk of Ajax, our matching, dust colored jackets blending into the hillside for camouflage.

“We’re just providing security for a deal in the valley,” Ajax answered. “Nothin’ big, just a meet and greet.”

“Another slave trade?” I asked, not hiding the disgust in my voice.

“Not today.” It was Tanno who spoke this time, and the voice gave me the distinct impression it was a woman beneath the armor. “Captain doesn’t like slave traders.”

“Then why work the slave auction?”

“I said the captain doesn’t like slavers. Most of the crew don’t mind. And if the captain made a habit of turning down easy money, he wouldn’t stay captain for long.”

It made sense, but it didn’t help the frustration. What did help was taking out the autoinjector Grimes had given me before we left and jabbing it into my arm. The cool calm washed over me, and I knew anger wasn’t going to help anything. Not now, anyway. I gazed calmly through my scope at a cloud of dust on the far side of the valley below. “We got something approaching.”

“Yea, I see it,” Ajax replied. He raised the captain on the comms and let him know the other party was inbound. Soon I could make out the shape of an Ursa rover towing an empty flatbed trailer. Our own rover went out to meet it, towing its own trailer loaded with crates. The two vehicles met partway down the valley, the rangefinder on the scope reading 640 meters away.

The two parties got out. Captain Brannigan stood beside Grimes and another merc, across from three men in leather jackets with shaved heads. A lengthy discussion followed, most likely bartering. Then another merc got out of the Viper rover and began unloading crates and setting them between the groups.

I watched the captain through my scope and the thought ran through my mind that I could just shoot him now. He was the worst kind of mercenary, willing to take any job that paid. I knew he was guilty of aiding slavers, and could guess as to other crimes. The world would probably be a better place without him. But it wouldn’t help anything. The Vipers would continue, and the very next thing to happen would Ajax would put a bullet through my own skull.

As the discussion wore on, I did a brief scan of the surrounding hills with my scope. It didn’t take long at all before I noticed a small silhouette lying on top of a hill across the valley. The rangefinder said 1232 meters away.

“Found their overwatch,” I said, directing the other two to what I had seen. “Doesn’t seem he’s too smart, either. Sitting on the very top of the hill makes him easy to spot against the clear sky.”

“Nice find,” Ajax said. “Don’t worry too much ‘bout him, but keep an eye on him in case things go south.” I turned my attention back to the deal. Crates were being moved onto the other trailer, and the deal seemed to have been struck.

But just as the last few crates were being unloaded, the captain said something that had the other group reaching for sidearms. Tanno’s voice spoke quietly, “something’s wrong.”

“Hold,” Ajax cautioned. The captain had his arms up, pointing and gesturing angrily. His left hand made a short cut through the air. “That’s the warning signal,” Ajax said. “Something’s definitely wrong. If they draw weapons, fire.”

Almost before the sniper had finished speaking the foremost leather clad figure drew a sidearm and raised it towards the captain.The bullet hit him before he was finished with the motion, square in the chest. He fell backwards as I chambered another round and turned towards the enemy sniper on the far hilltop. The silhouette was clearly visible against the blue sky, and it made an easy target. I fired. The prone figure didn’t move, but I was sure I hit him and there was no return fire.

I moved back to the group by the rovers. The shaved men had taken refuge behind crates, but not fast enough to avoid two of their number falling to shots from Tanno. The two groups exchanged fire, the reports echoing off the hills, but to no avail other than keeping everyone behind cover. I took a shot at a shaved head that peaked out from behind the crates, but the target ducked back down just in time.

The Ursa’s turrets turned towards the Viper group and began firing at the crates. I shot at the turret but even the high powered rifle was ineffective against the armor. A grenade went out, landing on top of the Ursa, shredding the turret’s armor and silencing it. The Ursa tried to back out and drive away, but Grimes lunged forward and planted something on the side. A heartbeat later an explosion ripped open the door of the vehicle, and Grimes tossed another grenade inside. The Ursa rolled to a halt.

“It’s not over yet!” Ajax warned, and as if on cue a ship rose from the far mouth of the valley, advancing on us. A Constellation.

“It’s coming for us,” I yelled, and it was. It didn’t make for the rovers or the cargo, but instead chose to make a beeline for the hill. “It’s got our position!”

We jumped to our feet, leaving the rifles behind as we ran back up the slope. Just in time we crested the hill and tumbled down the other side as lasers lit up the ridge. The Constellation soared overhead, the lower turret turning around to pound the area with fire. But Vipers were manning the turrets on our two ships as well, and multiple streams of fire pounded into the ship’s shields. The Constellation banked and roared away, taking multiple hits and leaving a trail of smoke as it fled over the horizon. We had won.

“What happened?” Ajax asked as we rejoined the others by the ships.

“Bastards tried to rip us off,” the captain answered. “Tried to pass off a fake credit transaction, but it was an amateur job. You all right?”

“No injuries,” Ajax assured him. “Though the rifles are dust. And the pup ghosted two men.”

“Nice shootin’,” the captain said as he slapped me on the shoulder.

It was as if the touch flipped a switch inside me, made me register what had just happened. I had just shot and killed two people. I had never met them, had no personal reason to want them dead. But my finger twitched, and a kilometer away they had died. My heart was racing, and I felt I was going to be sick. They were probably bad people, a voice tried to rationalize in my head. But they were people. They had had lives and dreams and families. And I had brought those lives to an abrupt end, here in a dusty wasteland amongst rust red hills.