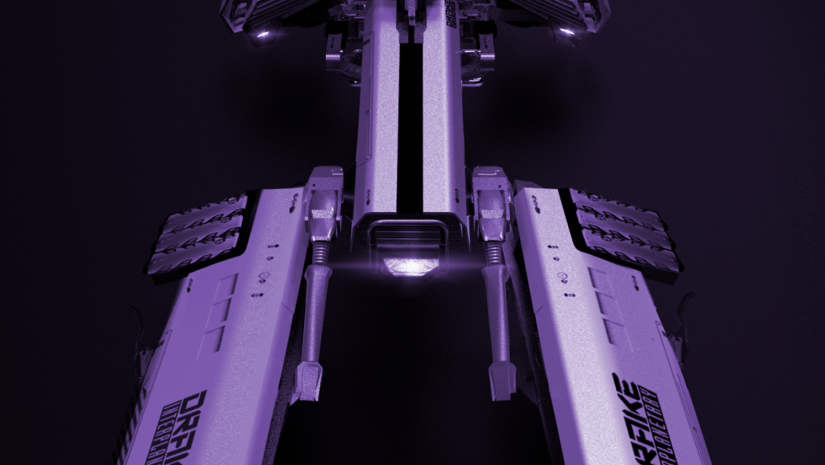 Kilo and Norah get a little too rough...

He had been hoping for a greater concentration of silver but decided this would be fine to test out the new mining system he’d bought for his Dragonfly.  He was pretty sure he was going to fly slow as shit once the saddlebags were all filled up… but Kilorn certainly didn’t have the money for a Prospector yet. It’d have to do.

Jumping on his forest green Dragonfly, Kilorn fires up the small craft and starts up the small mining drill, focusing on the area scanned by his mobiGlas.

Due to this being a very small scale mining operation there wasn’t a ton of operator involvement… Kilorn’s mind wandered.  Where did it wander you might ask?  Well… he was only 19 so naturally his thoughts drifted towards girls.  Or, really, girl.  Norah.

Norah is Kilorn’s best friend, partner in crime, and also the gorgeous girl he was crazy about.  Was she aware of that third note?  Not so much.

Kilorn drifted away from consciousness briefly while deep in thought about his friend.

He was startled awake by someone shouting his nickname and his Dragonfly being shoved a few feet.  Struggling to get his bearings, he whipped his head around to glare at the perpetrator and his vision was filled with the beautiful mischievous grin of his friend.

Norah sat astride her deep purple Dragonfly, sporting a rainbow coloured flight suit and long black hair that flew wildly in the wind as she rode.  Purple leather boots, one of which was fresh off having booted his saddlebag, adorned her feet and served to complete her ensemble.

“Race me.  Last one to the ravine pays for dinner tonight.”

“Norah… my Dragonfly is covered in mining equipment.”

“Excuses.  Your propulsion is tuned and you have more experience.”

Kilorn rapidly retracted the mining equipment and took off across the savannah-like terrain, pushing his Dragonfly to the limit.

Despite his head start Norah had reacted quickly and was not far behind.

They dodged and weaved around rock outcroppings, occasionally losing sight of each other for several seconds.

Norah didn’t even recall the sounds of crunching metal.  She woke up with a pounding headache and good deal of confusion.  Kilo’s concerned face loomed over her.

Norah’s ears were ringing… she could tell Kilo was trying to talk to her but she couldn’t hear at first.

Finally she understood him and replied, “Kilo… Kilo, I think I’m okay.  Head hurts a bit though.  What… what happened?”

A soft look came upon Kilorn’s eyes and he said, “We both came around that cliff at the same time from opposite directions. I don’t think either of us saw it coming.  We hit each other and unfortunately you got the worst of it… thrown from your ride.”

Despite the pain and confusion, the look in Kilo’s eyes tugged at her.  It didn’t help when moments later he carefully removed her helmet and gently touched her face.

Moments later Kilo leaned in to kiss her and all Norah could do… all she wanted to do really in that moment, was relax and return the affection.

Kilorn pulled back and looked a bit guilty and worried.

“Norah… I’m sorry.  Probably last thing you need at this moment.  Let’s get you to the medical unit.”

Carefully Kilorn helped Norah to her feet and gently placed her on the back of his green Dragonfly.  After helping her get her helmet back on, he climbed on and began nursing his damaged ride back to the settlement.

After a few minutes he felt Norah slump over and he stopped quickly, though carefully. “Norah?!”

He jumped off and looked at her face closely… she was barely conscious.  Seeing no other alternative, Kilorn repositioned her gently on the front seat of the Dragonfly and then climbed on behind her, wrapping one arm protectively around her and using the other to start and navigate his craft.

Kilorn pushed the Dragonfly faster, trying to get back as quickly as he could without crashing again.

Despite repeated attempts, calling her name and shaking her lightly, he couldn’t get her to rouse.

Spotting the settlement up ahead, Kilorn pushed the craft a bit faster though it groaned a bit in response.

Pulling up outside the medical unit, he lifted Norah into his arms and quickly carried her inside.

Hours later Kilorn had nearly lost his mind with worry.

Finally a doctor strode out to see him, “Your friend is doing well…”

A huge sigh of relief exploded from his chest.

“Norah had some minor head trauma but we were able to take care of the damage.  You can come see her, she’s asking for you.”

Wearing a bright smile Kilorn accompanied the doctor to Norah’s room and he rushed to her bedside.

“My head is feeling much better thanks to the doc.  I also need to thank you Kilo, I really appreciate you taking care of me.”

“You would do the same for me.  Besides, I want another kiss.”

The two shared a bright smile and then Norah chimed in, “Fine.  Once we get my purple beast fixed up we’ll really see who can be first to the ravine.  I win, I get to kiss you.  You win, you get to kiss me.”

A deep chuckle was followed by, “Deal!”