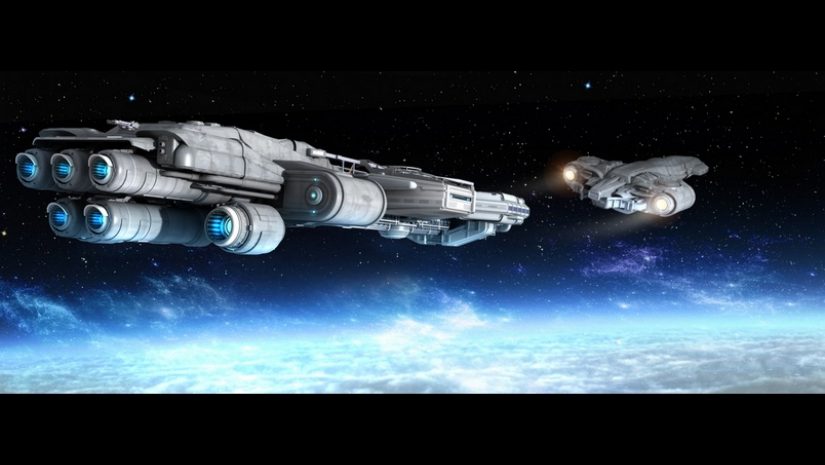 Last time, on Endeavour... I move the bloodied sheets aside slowly, looking out over what should have been the medical pod of an Endeavour. Instead, it looks more like a morgue. Dozens of bodies, some...

I move the bloodied sheets aside slowly, looking out over what should have been the medical pod of an Endeavour.

Instead, it looks more like a morgue. Dozens of bodies, some on beds, some just laying on the ground, all attached to feeder and arm tubes.

Where the hell am I?

Imagine, if you will, a season of your favourite ‘Glas show. It’s likely got some action, some suspense. Lots of humour at the beginning of the season. Near to the end of the season, the story gets very plot heavy; bad things start happening to good people; there’s tension, suspense. Possibly even some romance plotlines thrown in.

And then there’s an epic conclusion, and the season is over. It’s over, and it leaves you wanting more; needing more. You sit and wait, not moving for months, for the new season to start. Okay, I mean, you probably go about your business for a few months, get a girlfriend, a job, have a life, forget about the show, and then one day you get an unsolicited popup on your ‘Glas while you’re at dinner with your girls’ parents, and you go to angrily swipe it away and just as your finger swipes you catch the briefest glimpse of the title – ‘Rookfly Season Two Starting next Monday! Catch the excitement-filled continuation from the award-winning and three-times cancelled Rookfly Season One!’

Okay, you catch more than a glimpse of the title, because you see ‘Rookfly’ and immediately stop talking to anyone else at the table to read the entire notification, while your girlfriend looks at you and shakes her head, and your hopefully soon to be parents in law cast furtive glances at each other, shaking their heads, secretly thinking that their daughter could do so much better, and they’ll tell her so as soon as you leave after dinner. But you don’t care, because Rookfly is coming back! Season two baby!

Will Captain Casmal save his ship, his girl, his dog, and his very favourite gun from the pirates? Will they deliver the stolen medical supplies to the broken colonies and will we ever find out who the Blue Men are?

All of this rambling to say that the next Monday, you’re sitting in your apartment, glued to your couch as your girlfriend cries on the phone to her best friend, saying you haven’t talked to her in days and that she’s thinking of leaving you, and you don’t care because there, on the screen, is the opening to Season Two of Rookfly. The title sequence is changed, slightly. Who’s that new character that pops up for a fraction of a second? You want to look up who plays him, start making guesses, but it’s already too late. The title sequence is done. The opening credits flash.

What will happen? Where will the season start off? When we left Captain Casmal at the end of Season One, he was on board the Pirates ship, two dozen laser-spears pointed straight at his throat, as a Pirate dragged his girl and his dog screaming into the back room. His gun wasn’t in the scene; clearly a blooper, as you discussed previously on all of the Rookfly boards you visit…

So there you are. Ignoring your life as the opening credits fade to black. Excitement. Panic. Antici……

And the blackness lifts, and there’s Captain Casmal, lying in bed, vaping an e-pipe, girl in one arm, gun at his side, and dog at his feet.

A new season starts, and they don’t even mention what happened at the end of the last season.

And that’s just the worst.

Next Time on Endeavour...

Who knows? Seriously. It’s been a while. Dannet’s got like, a mild case of amnesia, and has to look through his diaries to figure out what the hell he was doing in the past, cause he like, disappeared for a few months. He was in a coma longer than he expected I guess? Don’t judge. It happens. He’s still a cool dude. He just… the drugs hit him harder than he expected? I don’t know. I’ll stop now. Next Time! More rambling! More Dannet! More Pirates! More Dogs! More Rookfly! More Words! Less Exclamation marks! Probably! Maybe?! Who knows! It’s not written yet! You’ll find out!