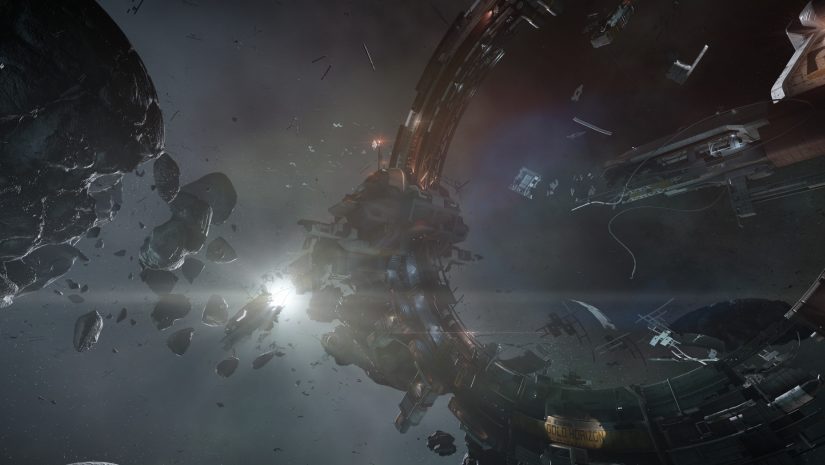 Last week, on Endeavour: I feel tenderly at the back of my head. No blood, but it stings. I’m not sure which hurts more; my head, or that my nickname is back. ‘So,’ I say...

I feel tenderly at the back of my head. No blood, but it stings.

I’m not sure which hurts more; my head, or that my nickname is back.

‘Daaammiiiiit!’ Penn yells, throwing me a beer. I catch it one handed, off balance. The chair I’m in doesn’t tip, but it’s close. I open it cautiously, but it doesn’t explode, not this time anyway. She’s already gotten me with that twice, the old shake the can till it explodes trick. Apparently she thinks it’s hilarious.

I lose myself in the beer, ignoring the conversation around me. Penn has asked for the story of how I knocked myself unconscious, again, and Dave Ng, the head nurse, is telling it.

But hey. We’re alive. We survived a Vanduul attack, patched up a raft of injured marines, saw them safely on their way, and now we’re celebrating. A well deserved celebration.

It’s not all of the crew, of course. The head doctor, doctor McBoy, he’s off in his office. Something about paperwork. I get the feeling he likes to leave his team to themselves sometimes, let them unwind.

Bradley Shannon’s on my left. He’s the head of Surgery. He’s also the one who made the horribly inappropriate joke about the Vanduul eating a dog’s head. I still don’t know quite what to think of him. He’s not drinking, and I immediately distrust anyone who avoids alcohol, but we’ll see. He might still turn out alright.

To his left is Charles Dewol. One of the nurses that was on duty during the attack. His right arm’s bandaged – cut himself with a laser scalpel when the missile hit during the Vanduul attack. He’s been crushing beers like no-one I’ve seen. I think he’s through 14 or 15 cans now, shows no sign of stopping. Shows no sign of talking either. He’s like a quiet giant, albeit a very short one.

Oxymoron, I know. You’ll get over it.

Beside Charles is Dave Ng, the head nurse. If Charles is a quiet, five-foot giant, then Ng is his fast-talking, ADHD Asian partner. As far as I can tell, the two are a couple, and for every word that Charles doesn’t say, Dave says 12. He’s loving describing my fall to Penny. Apparently, I threw my arms out, windmilled, stumbled back a good three meters, my eyes as wide as dinner-plates, before my head smacked the side of the metal operating table.

Apparently I looked like a tightrope walker, trying to keep his balance without falling. I’m not sure I like Dave anymore.

On his left, Simone Oya. She’s still on her first beer. She laughs a lot, talks a lot, but…I get the feeling she’s eyeing everyone. Analyzing them. I mean, technically that’s her job, as the ship’s psychiatrist, but still. It’s unsettling. I keep thinking I catch her staring out of the corner of my eye, but everytime I look over, she’s smiling and looking the other way.

Next to her, Yanna – just Yanna – and Leo Grey. They’re sitting pretty close together, and I wonder if something might be going on between the two. They’ve made no contact or even really glanced at each other, but…I sense some tension. Of the sexual kind. Yanna is the burns and skin grafts specialist, and Leo’s our ship’s engineer.

I mean, I love it a tiny bit less, because she’s technically laughing at me, but…

Penn’s the ship’s pilot, and it’s great to see her down with the rest of us, relaxing, drinking.

‘Uhh, hey, Penn’ I say, hoping it’s not just the beer that’s making me get overly concerned, ‘We…do have another pilot, right?’

‘Naah, don’t worry. We’ve got hours to the nearest jump point yet, there’re no planets or asteroids in the area, and the autopilot would let us know if another ship were near. We’re completely safe’.

She accentuates her point by taking another swig of her beer, and even before the collision happens, I know that it’s going to. The setup is just too perfect.

We’re all thrown to the floor when the impact happens, and the alarms are going off before we’re able to pick ourselves up off the ground. It seems only hours ago, those same alarms were going off. I hope this doesn’t become a thing.

Standing and shaking beer off myself, I have to wonder. If there was nothing in the area…what did we hit?

Find out next time, in Endeavour Episode 7: A Grizzly Impact