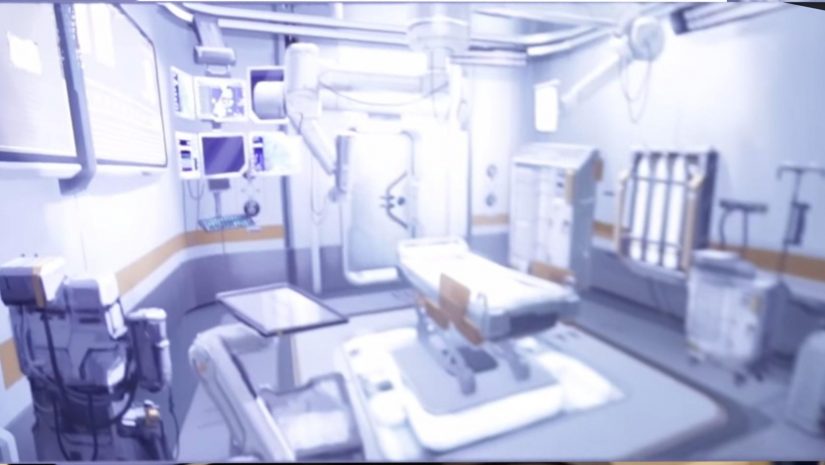 Last week, our 'hero', James Dannet, was tending to wounded marines when a Vanduul missile struck the ship, throwing him heavily backward into a metal gurney, knocking him out.  Find out what happens next this...

A chorus of sing-song children’s insults assaults my ears.  I open my eyes, look around, and I see them.  The monsters in my second-year UEE pre-school preschool, prancing around me, calling out at me.  Pointing and laughing.

I know immediately that I’m having a flashback.

All through pre-school preschool, preschool, school, college, University, second University, first and second Masters…my entire academic, and non-academic, life, that’s been my nickname.  ‘Damnit Dannet’.  I don’t know why such a juvenile phrase would follow me for this long but…

I got away from it, finally, when I became an actor.  Not that anyone was nicer, they just found better insults.  Finally.

I get angry at myself as the 5 year olds prance around me, laughing and jeering.  I’m a grown man, not some soap-opera character.

I swear, if I come out of this and it turns out I’ve been in a coma for 3 years, and I’m pregnant with my clone’s child, who’s also my clone…

Flashbacks are only used by the worst writers, when they have nowhere else to take a character.

I walk out of the circle and look back.  There I am, small me, gangly and awkward.  Glasses and buckteeth and all.  I don’t know how long this flashback is going to last, but I will NOT look at who I used to be throughout it.

The years before adult teeth and laser-eye surgery.

Somehow, thinking about Stashmaster makes him appear in front of me, in all his glory.  Tall, dark and moustachioed, wearing white and covered in blood, he holds a brain in one hand, a spleen in the other.

‘Thank god,’ I say, closing my eyes in thanks, ‘I really didn’t want to be the kind of person who has flashbacks.’

I can hear the children in the background still,

‘Will they shut up?’ I ask, opening my eyes again.

‘It’s not them you’re mad at, Damnit, but me’ Stashmaster says, and his face warps into my face.  But with a moustache.

I yell, fall backwards, and then they’re all around me, chanting, yelling, even my young, ugly self.

That last one sounds different.  I shake my head, open my eyes, my head spins, but around me are the rest of the doctors, and Dr. McBoy is casually slapping my face and calling my name.

‘Damnit, Dannet, are you awake yet?’

‘You missed a lot, Damnit,’ McBoy says, slapping me on the back, reminding me that my head is still a mess of pain.

I feel tenderly at the back of my head.  No blood, but it stings.

I’m not sure which hurts more, my head, or that my nickname is back.

Find out what’s next next week on Endeavour Episode 6: Crash Course