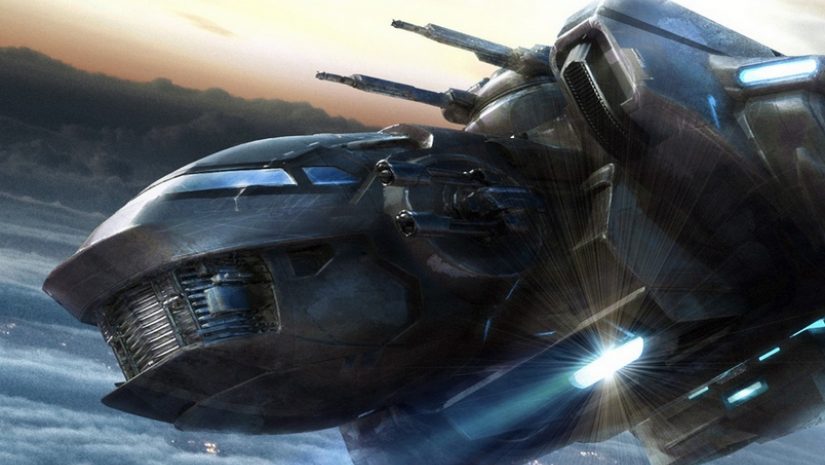 What About The Cat Written Sunday 29th of November 2015 at 02:35pm by PropMaster

“What about the cat?” asked Ben, gesturing to the lowered stairs of the Freelancer MAX, where a calico cat sat with its tail curled around its feet. The sales rep didn’t spare the animal a...

“What about the cat?” asked Ben, gesturing to the lowered stairs of the Freelancer MAX, where a calico cat sat with its tail curled around its feet.

The sales rep didn’t spare the animal a glance. “It comes with the ship.”

“Why? Does it have vermin?” Ben queried, looking towards the ship with concern.

Ben stared at the cat. The orange and black cat returned the stare, its yellow eyes unconcerned by his gaze. Ben looked away. “I don’t know…”

“Sir, this is the best deal you’re going to get on a ship like this in near-perfect salvage condition. I don’t care about the cat, and neither should you. Flush it out the airlock for all I care.”

The sales rep smiled. “That’s a good decision. And, if it really bothers you that much, we’ll do a full clean of the ship, free of charge.”

Ben felt a little better, knowing they’d clean the ship for him. He looked back towards the stairs of the ship—his ship, but the cat was gone.

It wasn’t until Ben was already in low-Terra orbit, a week later, when he saw the cat again. He’d just received clearance from the port authority to dock and take on cargo, when the cat had leapt onto the console. Ben had nearly screamed.

“I thought you’d left,” Ben said shakily to the cat.

One of the cat’s ears turned to regard him, but its eyes stayed focused on the space ahead, watching the nearby ships pass.

Ben reached out hesitantly, nearly touching the cat, but it sensed his movement and shied away, slinking beneath his grasp to sit further down the console, just out of reach. Ben scowled at the cat. “Not very friendly, are we? Well, that suits me fine. I didn’t ask for you.”

The cat glanced at Ben briefly, staring at him for a moment before it leapt down from the console and left the cockpit. Ben glanced over his shoulder briefly, but the cat was gone again. He shrugged and turned his attention back to his flight path and gasped. A massive cargo hauler had drifted into his path, and he was seconds away from a collision. He pulled the flight controls right, narrowly avoiding hitting the tail end of the hauler. He cursed softly to himself, tapping at the unlit collision indicator on the console. “Damn thing is busted.”

Ben sighed, wiping his brow as he closed up his console. The collision indicator’s circuitry had shorted, but it had been an easy fix. He stood up from the floor of the cockpit and glanced out the viewport, taking in the busy docking bay. A half-dozen workers were carrying in cargo, floating in the boxes of chemical compounds he was hauling for a contract. Ben smirked as he extended the rear cargo ramp, and tapped his comms. “Thank you, boys, I’ll take it from here.”

As the workers filed out of the bay, Ben left his ship, heading down the steps to the bay floor. The cat sat on top of one of his cargo containers, licking its paw. It paused briefly, staring at Ben for a moment, then resumed its cleaning. Ben frowned. “Cat. You nearly got me killed back there.”

The cat ignored Ben as he approached until he was a few feet away, when it jumped down from the container and landed on the floor of the bay, walking in a winding and unconcerned manner into the stacks of cargo containers. Ben decided to ignore the cat, and focused on loading his cargo. It took him nearly an hour to load the cargo and settle it to his liking, creating nice even stacks with space between each enough for him to walk through. The cat had returned to its perch atop the same container Ben had found it on earlier. Ben watched the cat for a moment, and the cat watched Ben in return before it stood up, leapt from stack to stack, and dropped into one of the rows between the cargo, disappearing from view.

Ben rolled his eyes and closed the rear hatch, before he walked back towards the bridge. He nearly slipped in a small puddle of liquid, causing him to stagger and clutch a nearby cargo container. The container shook, and something inside sloshed in a way that none of the other containers had. As Ben knelt down to examine the liquid, a strong scent of chemicals washed over him, nearly making him gag. He opened the cargo hatch and activated the gravity lifter for the leaking container, maneuvering it out into the docking bay. He cracked open the container and jumped back as a noxious stench spilled from inside the crate. Ben peered into the open container at a distance, noting the damaged chemical containers inside. He tapped his comms, connecting to the docking bay manager. “Hey! Your boys cracked one of my chemical containers. We’re going to need a hazmat crew to clean up this mess.”

Ben reclined back in the pilot’s seat of his ship, eyes heavy as he watched the stars through the viewport. The autopilot made a gentle course correction as Ben settled in for the long trip to his destination. He had a few more hours of in-system travel to go, and a nap seemed prudent after he had spent most of the day dealing with the chemical spill and getting his damaged cargo replaced. It had worked out in the end, though, with Ben getting paid for the damages.

Just as Ben began to drift, the cat leapt into the co-pilot seat. Ben spared the cat a sideways glance, but the cat ignored Ben as it turned in a circle and lay down. “Hey. Shoo.”

The cat ignored Ben, so Ben decided to ignore the cat. He was too tired to put up much more than a token protest. He sighed, closing his eyes and drifting.

It felt like only moments later that a loud yowl awoke Ben, sending him jolting upright in his seat. The cat stood on the console, staring down Ben with its yellow eyes. Ben glared at the cat. “Dumb beast. I thought you were mute, but I guess I could only be so lucky.”

Ben noticed movement beyond the cat, through the forward viewport of the cockpit. Two small ships were approaching, running dark. Ben sat up straight and scanned them immediately, but received no information beyond the ship classifications. They were cutlasses, according to their hull outline. Cutlasses, running dark towards his ship? That was never a good sign.  Ben grabbed the flight controls and powered his weapons. The two ships reacted immediately, their running lights flashing on and their turrets aiming at him. His comms crackled. “Surrender your cargo, and we’ll let you go.”

Ben scowled, considering his odds for a few moments, before he responded. “Fine. Don’t shoot.”

“Smart man. Prepare to be boarded.”

Ben groaned, slumping back in his seat before turning to stare at the cat. “You’re bad luck, cat.”

The calico cat stayed on the console, staring back at Ben with its ineffable gaze for a moment before leaping into the co-pilot seat. He stood up, walking towards the rear of the cockpit as he felt the jolt of docking rings shudder through the hull. He sealed the cockpit’s doors and stood, watching as four pirates filed into his ship. They wore a mish-mash of light armor pieces, and carried small handguns, which they aimed through the window of the cockpit door. Ben frowned. “I’ll stay in here, thanks. You take what you want and go.”

The pirates glanced at each other and laughed, before heading back towards the cargo hold. Ben watched as they left his view and sighed, running his hands through his hair. How was he going to recoup the loss of his cargo? He had a lot riding on this shipment, including the first payment on this ship.

He heard a quiet thud behind him, followed by a klaxon warning that blared through the ship. Ben spun around, just in time to see the cat walking across the console, stepping on buttons and hitting toggles. The lights flickered as his shields randomly cycled, his fuel began to dump, and—with a roar of depressurization—the rear cargo hatch opened into space. Ben yelled and grabbed the cat, pushing it off the console as he tried to undo whatever the cat had just done. The cat hissed at him and scampered into a corner of the cockpit, growling, as Ben madly hit buttons, turning off his shields and cycling down the fuel dump. He stared at the status of the rear cargo hold, blinking in surprise.

The opening rear hatch had blown all of his cargo into space, and started his freelancer into a spin, only held back by the two cutlass black ships docked to his hull. Ben pulled on his helmet and pressurized his flight suit as a precaution, then closed the rear cargo hatch. He waited silently for a few moments, before he stood up and went to the cockpit door, peering through the window. Nothing moved beyond his view. Hesitantly, Ben opened the cockpit door and stepped into the central corridor of his ship. “Hello?”

He peered into the cargo hold, but it was empty. He checked the docking rings, but nothing moved in the pirate ships beyond. Had the pirates been spaced? He ran back to the cockpit and powered his thrusters, shifting the freelancer and attached cutlasses to face the area of space where the cargo hold had vented.

Ben smiled as he saw four flailing figures, struggling to right themselves as cargo crates tumbled and bumped into them. Ben powered up his weapons on his ship and oriented the turrets towards the floating pirates, and opened his communications to the local band. “Hey, boys. Looks like the tables have turned. How about you sit tight out there. If you head any closer, I’ll send you right into an early grave.”

Ben cut the comms and activated the distress beacon, broadcasting his location to any UEE ships in the area. Within minutes, he picked up incoming UEE ships on his scanners. Ben smirked, leaning back in his seat.

The cat jumped into the co-pilot seat, but Ben didn’t mind. “I had you wrong, cat. You’re not such bad luck after all.