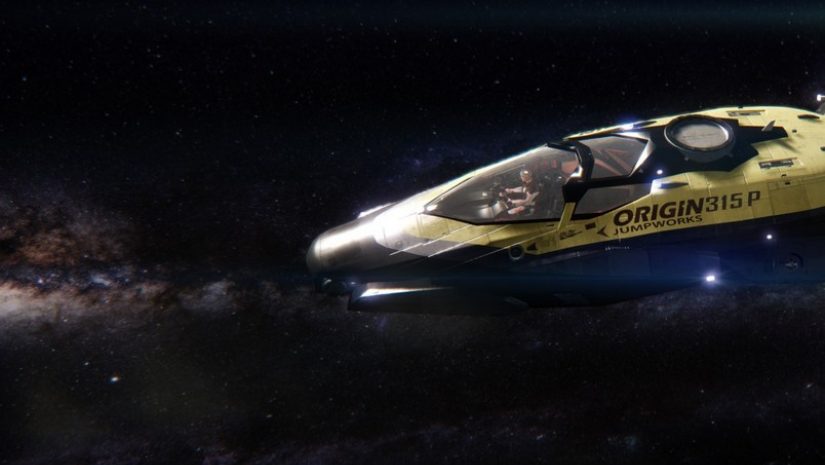 Leif shook uncontrollably. They all said it was easy once you got the hang of it, but that the first one’s terrifying. They were right… at least about the terrifying part. Leif had only moments...

They all said it was easy once you got the hang of it, but that the first one’s terrifying.

They were right… at least about the terrifying part.

Leif had only moments ago completed his first transit of an uncharted jump point. This one had been long and narrow… Seven splits. Constant rotation and undulation.

He had prepared himself for a 190 second jump traversal; slightly longer than average.

Leif was so traumatized by the prolonged jump that he hardly realized that his underclothes inside his suit were drenched with sweat and urine.

Finally shaking his head, he seemed to clear his mind and began taking stock of the situation. He gazed out of the cockpit of his 315 at the system he had just discovered. He was gazing upon something new, seeing an untouched system for the first time. A scream of victory rang out inside the small ship, further calming his nerves.

There was something odd though. Jump points always existed in star systems, but he could not see a star nearby, or even a black hole. He could see millions upon millions of stars but not THIS system’s star… It was a little… Odd.

Leif fired up the scanners in his solo explorer and let the system do its work. It was one of the drawbacks of flying a small exploration ship. The 315 simply didn’t support advanced scanning tech like you’d see on a DUR or ‘Rack, so the scans took a long time, and they were not very detailed.

Leif’s puzzlement only grew when his scanners returned nothing. There was no system. It seemed almost like the jump spat him out in the middle of nowhere.

A single word echoed around the inside of the cockpit: Fuck.

He ran the scans again.

Nothing. No star. No planets. No comets. No asteroids. Nothing anywhere near him.

Leif’s fists pounded on the control panels in frustration… And then he slumped in his seat for some time, repeatedly hitting the scan button. Each time it came back with the same ominous result.

Hours later, with a sigh you could hear across the stars, Leif spun his 315 around and fired up his jump scanners.

Peering at his control panel, ensuring the system was active, he scanned again.

“Where the fuck is the jump?” Leif said, to no one and himself.

He ran diagnostics on all of his sensor equipment. Everything was functioning normally.

Once again he scanned for the jump point he had traversed just earlier that day… But he still couldn’t find it.

He consulted his navigation and moved his 315 to the exact spot he had exited from his insanely long ride through the jump.

Panicking, he jumped out of his pilot seat and crouched on the floor of the cockpit, tearing off the panels that covered his scanners.

The happy green lights inside terrified him.

He threw himself back into his pilot’s seat and hammered the scanner button again.

Now he was pounding the control panel harder and harder with his clenched fist.

“No jump found.” It mocked him.

With a primal scream of frustration, he slammed his fist into the control panel.. shattering both it and his hand.

Now, as if in a sudden revelation of the depth of his doom… he cried out, “Origin, what is the time to the nearest inhabited planet with Q-Drive?”

No more sounds reverberated inside the cockpit. Everything was silent as Leif stared out into the unending ‘Verse, a permanent look of shock and anguish etched onto his features.

Bad News Baron did an amazing reading of my story!  You can find it below on both YouTube and SoundCloud: