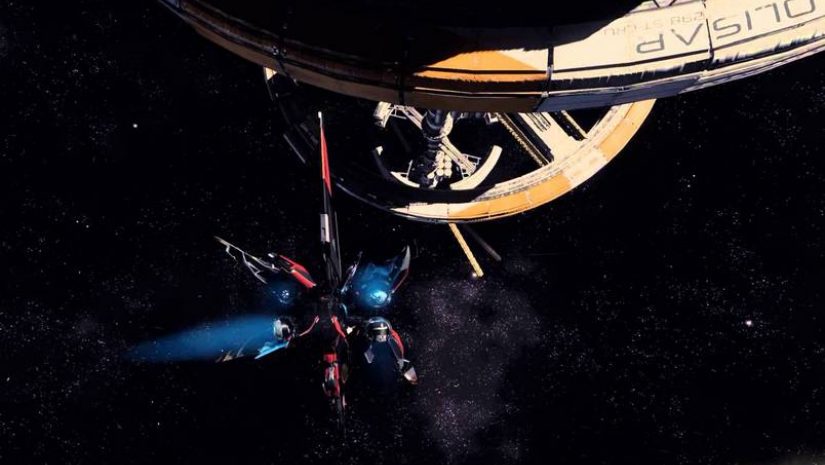 This is my Khartu-Al. I haven’t had it long, but I know every curvature and every ridge. I’ve traced its visage on paper and along the ceiling with my fingertip so many times that I...

I haven’t had it long, but I know every curvature and every ridge. I’ve traced its visage on paper and along the ceiling with my fingertip so many times that I can anticipate the jolt in my arm every time I meet an angle. I’ve dug deep into it and ripped out its guts, replacing its parts with superior, albeit more expensive ones. It’s loud because I have sculpted it to be so. I am a god that shapes and reshapes the unfamiliar to my own form.

Xi’an design, but only from the outside. I’ve removed its self-identity and supplanted my own, though it retains the mask of what it used to be. This mask is not to hide, however, but to show—show its heat and its electric fields that span beyond its form, just as its actions will span beyond its form. I am a god whose shapes are unknown, the invisible hand who will be known only in death.

This is my Khartu-Al, but this won’t be known until it’s too late. Its visage forms assumptions, and these assumptions will be made manifest as I bear down on the Vanduul who beset my beloved system. And the Vanduul will look up at the Khartu-Al in the light of the sun and see its visage, its mask, and they will not see the hand of a shaping god, but the hand of the Xi’an who curl into themselves like vermin whose names they do not know. The Vanduul will see Xi’an, and the war will be expanded. Finally, humanity will not know this conflict alone as the Xi’an are blamed for an attack they did not commit, but whose indifference crafts attacks by their non-existent hand.

This is my Khartu-Al, and humanity’s salvation for this system.

We’ve just received word that a lone Xi’an scout has been spotted en-route to the site of the most recent Vanduul attack. The UEE has disallowed any civilians from entering the area, including news crews, out of fear of a violent retaliation from the Vanduul, especially as pressure is mounting and war is becoming a more potent threat. We reached out to our Xi’an associates in the military, but they have, so far, declined to comment. Our UEE contact, Commander Harkins, had this to say:

[CUT TO VIDEO OF COMMANDER HARKINS LOOKING INTO CAMERA AND SPEAKING]

“I don’t know what the hell they think they’re doing, but if that thing gets spotted, which it will, the Xi’an will have no choice but to start taking a more aggressive posture—the Vanduul are bullies, and they don’t take well to retaliation. Now, if this is a rogue agent and fires on some of their ships, then god knows what will happen to their worlds.

We’ll have more information as it arises. For now, stay safe, citizens. We now go to Sataball news—