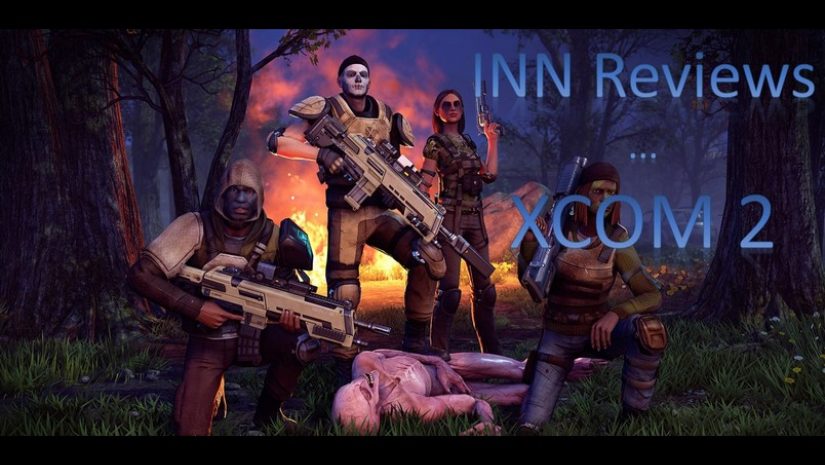 Hey there The Relayies and welcome to The Relay Reviews XCOM 2 by Shiver Bathory XCOM 2 is obviously the sequel to Firaxis’ Xcom Enemy Unknown from 2012, which was itself a reimagining of UFO/X-COM...

XCOM 2 is obviously the sequel to Firaxis’ Xcom Enemy Unknown from 2012, which was itself a reimagining of UFO/X-COM (depending on what country you’re from). Enemy Unknown/UFO Defense was a hugely popular mix of strategy and turn based combat.

This time around, Firaxis are taking the direction that in the story, XCOM was betrayed and defeated fairly early on in the original conflict, putting you in the position of Commander of the resistance forces. This is a first really as in previous games you’ve always been in charge of the absolute cutting edge military tech and resources available. So playing as the rebels effectively is quite an interesting change and still gives the player the sense of taking on an entire army and the technological uphill struggle trying to equalize your forces with the enemy.

Your base, this time around, is a fairly large mothership built with alien and human tech called the Skyranger, in a nod way back to the 1994 game. It functions in more or less the same way as the base you had in the previous game. The ant hill room construction remains but this time around, you need to put your engineering staff to use in the rooms themselves to gain a bonus to whatever that room does. I.E. If you stick an engineer in a power room, you’ll get a bonus to power generation.

You can sit back and watch your staff going about their business in the rooms after you have assigned them, which is a really nice little touch. Firaxis have really put a lot of effort into the character customiser this time around as well. It’s almost like the company wants you to make your real life friends in-game and watch them all get slowly mowed down by the alien menace!

Firaxis have taken on board a lot of the fan critiques of the previous game and addressed a fair number of the issues raised. For instance, originally all the maps in Enemy Unknown were hand crafted which, though they were lovely in their own right, did get very repetitive.

For the sequel, there is a mix of procedural generation and hand crafted levels to make each map different from the last, which really makes the game a lot more fun when planning out your strategy and one wrong move can spell the end for your squads lucky run.

Mission mechanics themselves have also received some attention. Compared to the originals fairly mundane setup of get your squad in and kill everything, the sequel will throw extract and kidnap missions at you. These missions involve your squad starting in stealth, which enables you to send them in and, provided they don’t get seen by any patrols, you can set up an ambush and annihilate an entire enemy squad before they can get to cover.

The kidnapping missions also offer you the choice of just being able to go in guns blazing, kill everything and assassinate your target, or you could choose to burden a soldier with having to carry the unconscious body which would render him near useless as he pegs it full pelt to the awaiting transport home.

The campaign itself is fairly long this time around, depending how you play. A game could be completed in twenty four hours if you really try to blitz your way through it, though you will most likely miss out on some story if you do this. There is a deeper narrative this time around, with you assuming the role of Commander Bradford from the first game. Even his, well your, presence in the game is given some backstory, with the tutorial mission not only introducing the player to the mechanics but also to the game world.

There is a lot more player choice as to the missions you take and where, as opposed to the Council Missions offered in XCOM that dictated the mission location and reward. You are instead given a choice to counter one of the Aliens’ evil machinations that change each month.

Despite this though there is still the feeling that the game could use expansion. Firaxis have really opened up the game for modding. Day one mod releases from the esteemed team behind The Long War mod for the original added SMGs, a leader unit and an extra alien to combat. It’s early days but already there are some great mods from others out there which will help you customize your XCOM 2 experience and hopefully in time add some more missions and make this game even deeper.

Having the Steam Workshop is a huge boon for the game, but there is still official content to be released in the future. If Firaxis expand the game the way Enemy Within (the expansion to the first game) did, then XCOM 2 would feel a lot more complete, as the mid-late game content seems shallower compared to the tough uphill grind in the early game.

Playing the game you are given the sense that the developers really wanted you to feel like your squad was in danger. As you are in charge of the XCOM remnant forces and not a military organisation, you do not have access to interceptor aircraft, which has lead to the omission of shooting down enemy UFOs, though your mobile base can be hunted down, which then leads to a ground based mission.

This is something of a mixed blessing in practice though, as shooting down the UFOs was a staple of all but two other XCOM based games, neither of which were well received. Rather than try to make a mini game like Xenonauts or something else Firaxis just bypassed this. Ultimately the decision does make sense and does keep in line with the overall narrative but its inclusion in previous games did add to the atmosphere.

The random number generator your soldiers use seems pretty unbalanced when compared to how often the enemy gets a hit on your team. It can also get to the point on higher difficulties that you have a trooper standing point blank next to an enemy and somehow miss, your recruits seemingly blind as a mole. And before you suggest it, yes I have tried giving them spectacles in the customizer and it didn’t help!

As with many new releases the game could really do with some optimization and code polishing. The buildings and scenery for instance are destructible and can even catch fire from an adjacent square. However when there is a large amount of physics to be calculated, like for instance a large section of floor that someone/thing is standing on collapses, my game will freeze for a few moments while it tries to calculate what needs to happen.

I’ve encountered a few CTD’s in my time on the game but nothing that has prevented me from running and completing the game. I’ve seen a few reports though of people who have encountered totally game breaking bugs but these are seemingly rare and Firaxis are working on a patch to address many of these errors.

In conclusion, Firaxis have made a solid effort and a great successor to the XCOM lineage. Though it still suffers from a steeper difficulty curve at the start than the end as did its predecessor, you shouldn’t be getting too frustrated and losing your entire squad too often. The missions are still fun as the game progresses and don’t have the feeling of just being a formality.

The mix of an unknown map and varied enemy squads will keep a player on their toes and invested in combat. Although the game is longer and you can do certain actions to keep the game going, as it stands you will probably want to finish the game due to the feeling of just reaching a stand still and having nothing else going on but waiting for the next combat mission.

Once you have completed the game, it does not offer a Second Wave option like the first one where you could enable certain modifiers to have a different kind of game feel. It may appear in a future patch or you could use a player made mod but it is a little disappointing it was not included at release. Hopefully an expansion will fill the mid to late game a bit more.

The slightly bland replay factor and thin content as the story progresses are the major gripes I have with XCOM 2. The graphics, though not cutting edge, are solid and animated fairly well. The sounds are wonderful with guns really kicking the subwoofer up and giving the impression of power.

Firaxis did a great job with the story and some lovingly well crafted cutscenes, and concluding their outing with a tease for another game in the series and a tip of the hat to us older fans too. If you’re looking to get into XCOM or just an old fan you won’t regret picking this up.