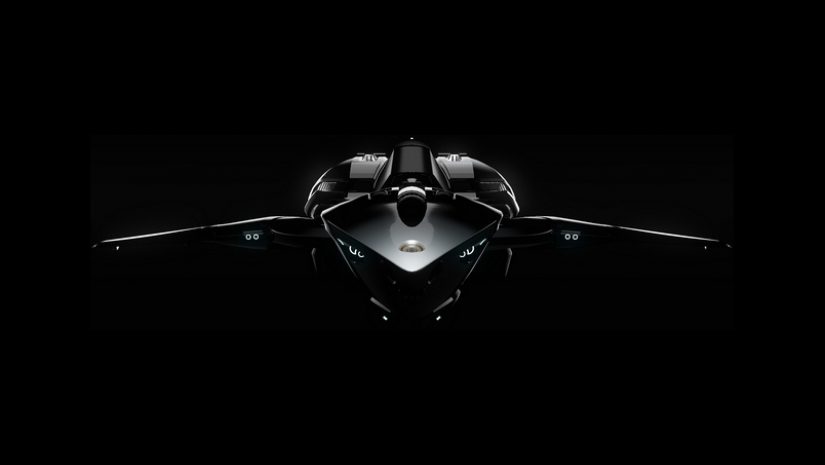 Why Should I Fly: The Merlin Written Tuesday 2nd of February 2016 at 08:38am by FourthOracle

Hello Citizens! Welcome to a new series here at The Relay, ‘Why Should I Fly’ This new series is written by Fredrik Knudsen (FourthOracle), a graduate of Oregon State University with a degree in English and...

Hello Citizens! Welcome to a new series here at The Relay, ‘Why Should I Fly’

This new series is written by Fredrik Knudsen (FourthOracle), a graduate of Oregon State University with a degree in English and a minor in writing. His book, a collection of weird fiction tales entitled “The Distended Eye,” is due to be published later this month.

Today’s ‘Why Should I Fly’ looks at that gorgeous parasite fighter, the Merlin! 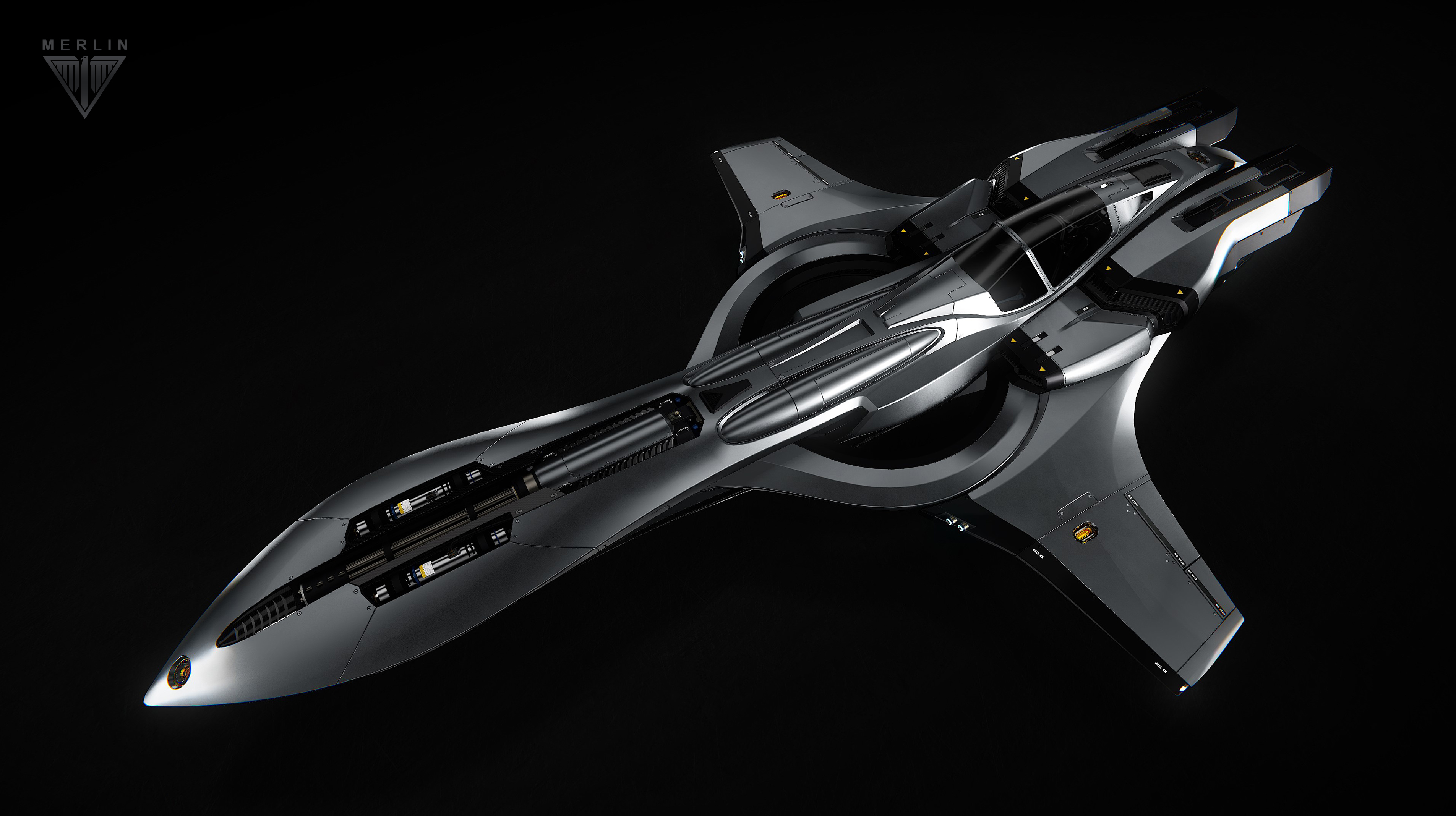 When a player is looking for a fighter to see them through the endless waves of Vanduul, they’re
given a slew of choices: the simple ruggedness of the Gladius; the graceful speed of the Avenger; the
brute force of the Hornet. For racers, the Mustang, M50, and 300i promise speed and agility. But then
there’s the runt of the litter: a little blue ship called the Merlin. It’s enticing, to be sure—with a twenty dollar price tag (or 2,000 REC), it provides a similar temptation as that pack of Starbursts at the checkout register. There’s little excuse not to try it.

But when a pilot takes it into their first test flight against the Vanduul there are a few things that
become immediately obvious. First is the lackluster weapons compliment. It boasts a pair of Size 1
wing weapon slots and a single Size 2 Tigerstreik machine gun which cannot be swapped out, seeing as
the whole ship is built around it. The second is how quickly it accelerates to its blistering top speed… of 220 m/s. In terms of chasing down an enemy it’s almost as bad as the Aurora, the glorified SUV of Star
Citizen. The afterburners don’t help much either, taking it only a tiny bit faster. Even if its afterburners
helped, though, it would only last a couple of uses, seeing as the boost fuel regeneration on the ship is
literally zero. Once you use it all, it’s gone until you die. Even the ship’s one advantage, its agility,
works against it. The Tigerstreik, the Merlin’s signature weapon, has slow missile speed, meaning that
leading a target during realistic dogfighting conditions is difficult at best and a waste of time at worst.

Despite all of this, the Merlin may be my favorite ship in the game. I’ve put my time in with the
little blue bullet, eventually managing to score respectably in squadron fights against real human
opponents and trailing a Super Hornet in Vanduul Swarm by less than 3,000 points, but my experience
eventually turned more frustrating than fun. I may only play it in Arena Commander as a novelty from
now on simply because Arena Commander was not built for the little guy. So why do I love it so much?
Because I love the role it fills.

What most people don’t realize when they first use the Merlin is that it’s a special kind of ship
known as a parasite fighter. The concept was first seen in 1916, during World War I as a British
experimental technology to deliver squadrons of airplanes. On paper the idea sounds interesting. Agile
fighter and bomber squadrons could be carried inland by a larger plane, instead of being limited by
seafaring aircraft carriers. They were first intended as defense for larger bombers—when under attack
from fighters the parasites would be released, like drones defending a hive. The concept was later
adapted to utilize zeppelins as floating carriers for small bombers. Despite extensive testing, though,
the technology saw use only once near the tail end of World War II, decades after its initial conception.
This is chiefly because the technology was supplanted by other, more efficient ones, namely midair
refueling. Only recently has the concept been revisited as a method of launching UAVs.

The RSI website officially designates the Merlin’s focus as a “snub fighter,” a term coined by
the Star Wars franchise to describe any single or double-seat fighter with a short range, sometimes
equipped with jump drives. Some of the most iconic starships fall under this category, namely the XWing
and the TIE Fighter. However, this title is nothing more than a fancy name for a carrier-based or a
short-range fighter, and there are many better choices for carriers and local defense than the Merlin.

What makes the Merlin exciting is that it’s a true revival of the concept of the parasite fighter
from the 20th century: a fighter attached to a larger ship meant specifically to serve and defend the host
while burdening it as little as possible. To this end everything unnecessary has been stripped away.
Since the constellation is the one making the quantum jumps, the Merlin doesn’t need a jump drive, so
that’s gone. The hull is stripped down to the bare, yet stylish minimum to cut down on weight. The
cockpit is sunk low into the hull, reducing visibility but also reducing its size. (One common complaint
about the Merlin is the cockpit’s low visibility, but it’s necessary to maintain the flat, portable profile)
Still, leaving room for a Merlin means leaving out space that could have gone toward a larger cargo
space. So again the question stands: why bring the Merlin?

The reason that parasite fighters were never fully implemented was because other technologies
were more efficient for combat purposes, but the Constellation isn’t a combat-focused ship (though it’s
still capable in a pinch). The Merlin can serve as a scout—if a Constellation is searching for a derelict
ship in an asteroid field, it’s safer to send in a smaller, faster ship first to check for danger. This
principle applies to any dangerous situation. It also serves as a second set of eyes watching out for its
mommy while she’s working. Or maybe someone on the crew needs to go into town to do some business. There’s no reason to send the whole Constellation when you can just send the Merlin.

But what if it does come to blows? This is the question I sought to answer when I picked up the
Merlin and flew it, and I came away with some unexpected answers. The first thing that was clear was
that it’s not a military vessel, and if it were to find itself in a large-scale battle it would struggle. It
simply doesn’t have the fuel nor the ammo capacity for an extended conflict, and its pair of Size 1
weapons will struggle to push past the shields of anything tougher than a Scythe or a Glaive. On the
other hand, it’s almost impossible to bring down a Merlin because it’s so small and because it can
change direction so quickly.

But the point of a Merlin in combat isn’t to just stay alive as long as possible—it’s to protect the
host ship. Fortunately, defense is a job the Merlin performs admirably. The Constellation is not a
terribly fast ship, which means if some roving Cutlass pirate wants to attack, it must slow to the
Constellation’s velocity. This negates the issue of the Merlin’s slow top speed. This situation is also
where the Tigerstreik machine gun is allowed to reach its full potential. As I mentioned before, the
Tigerstreik is garbage for dogfights on a Merlin because it’s moving too fast. But when the Merlin’s
target is attacking a different ship the Merlin can match the target’s velocity, turning its maneuverability
into a powerful offensive weapon. In essence, it means that when a ship is attacking the Constellation,
it’s being perpetually peppered by the Tigerstreik.

Tigerstreik bullets aren’t enough to bring down a moving Cutlass, which is initially frustrating
to someone flying in Arena Commander. But in the Persistent Universe it’s unlikely that most fights
will end with one ship destroyed and the other damaged. Instead, when a ship realizes it’s losing a fight
it will more than likely attempt to escape. That Cutlass isn’t looking for a fight—it’s probably just
looking for an easy payout, and an easy payout doesn’t mean three separate hull breaches and a busted
main engine. The Merlin doesn’t have to be a killing machine; it only needs to make its host ship
unappetizing, very similar to a honeybee defending its hive. 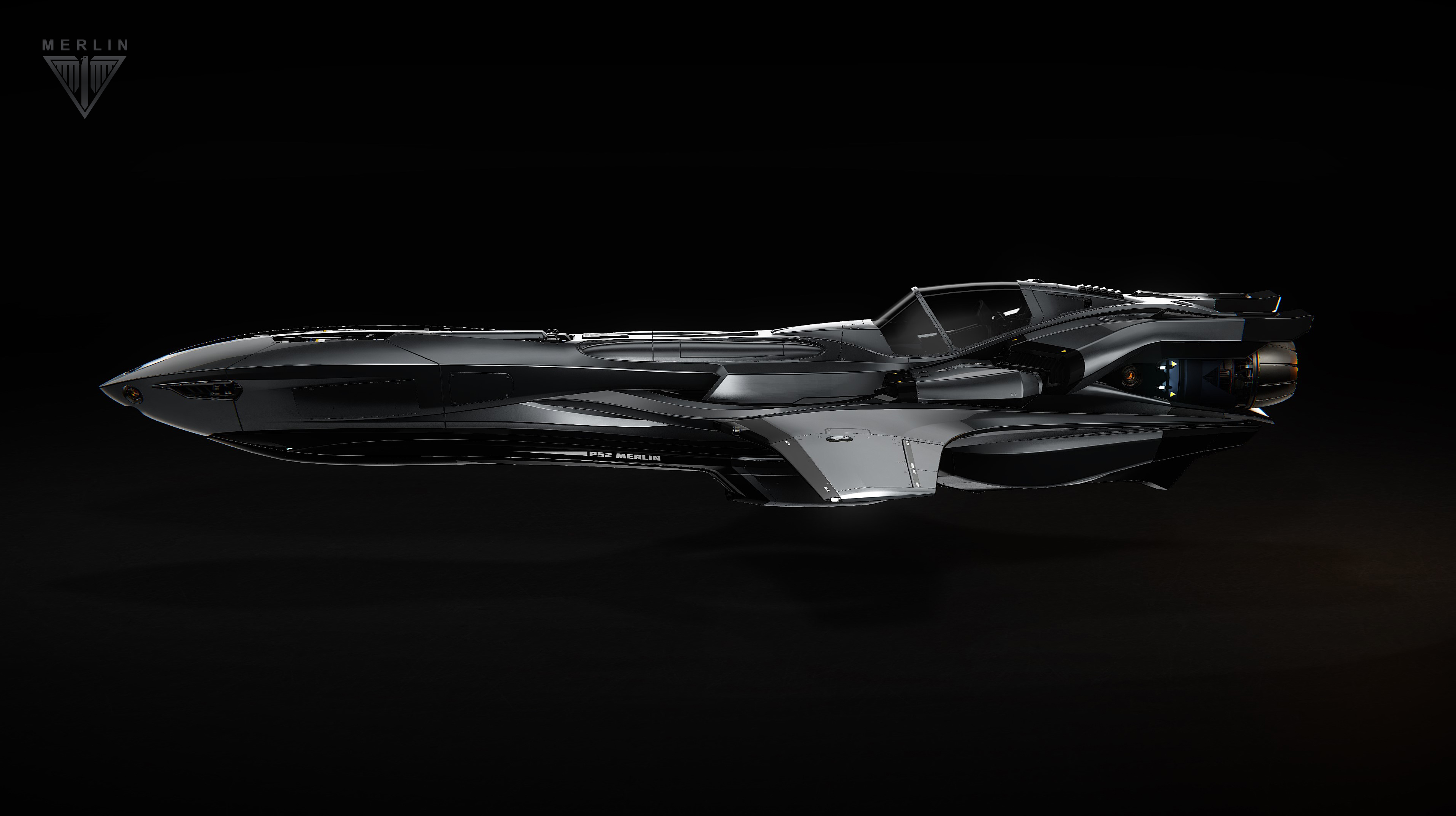 And this is what I love about the Merlin: it serves its purpose, and it does so with aplomb.
Ideally the Constellation would bring with it a Hornet or a Gladius, but the fuel tanks on those fighters
aren’t nearly large enough to accompany them. The Vanguard boasts about its ability to jump a few
systems, but the Constellation promises to go much farther, making it either cost-inefficient or
infeasible to bring any other ship with it besides another exploration vessel. The Merlin gives the
Constellation the ability to bring along a second, smaller ship where it would otherwise be impossible.

Despite that small price tag, the Merlin is a specialized ship that excels at its duties. There’s a
place in my heart for specialized ships that fill a role that demands specialization, and it’s an added
bonus that the Merlin flies beautifully. If you’re willing to delay that Hornet rental, there’s a special joy to be had flying between the asteroids with such a light and maneuverable ship.