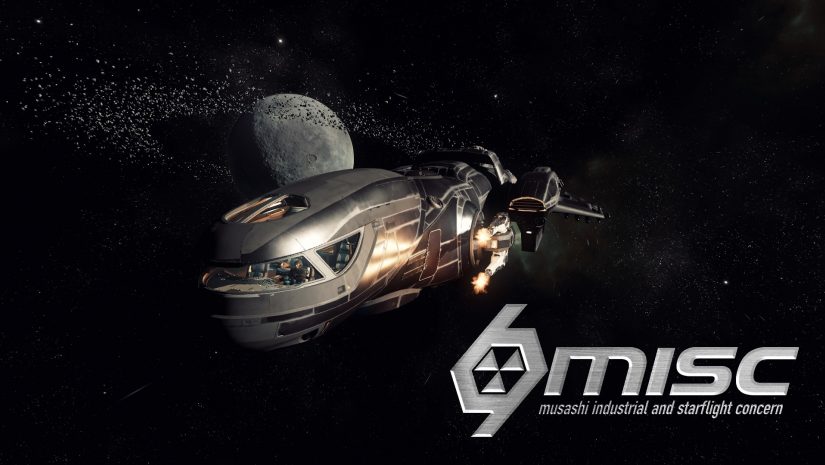 Why Should I Fly: The Freelancer Written Tuesday 23rd of February 2016 at 09:26am by FourthOracle

Hello Citizens! Welcome to another of Fourth Oracle’s excellent ‘Why Should I Fly’ articles, this time, the Freelancer!

Above all else, the Freelancer is efficient. It’s impossible to talk about the Freelancer without
discussing this design philosophy, which extends to every aspect of the ship including its crew
compartment, its cargo areas (yes, plural), and even its airlocks. And though the Reliant has gotten
more attention in MISC’s lineup lately, the Freelancer deserves a closer look. 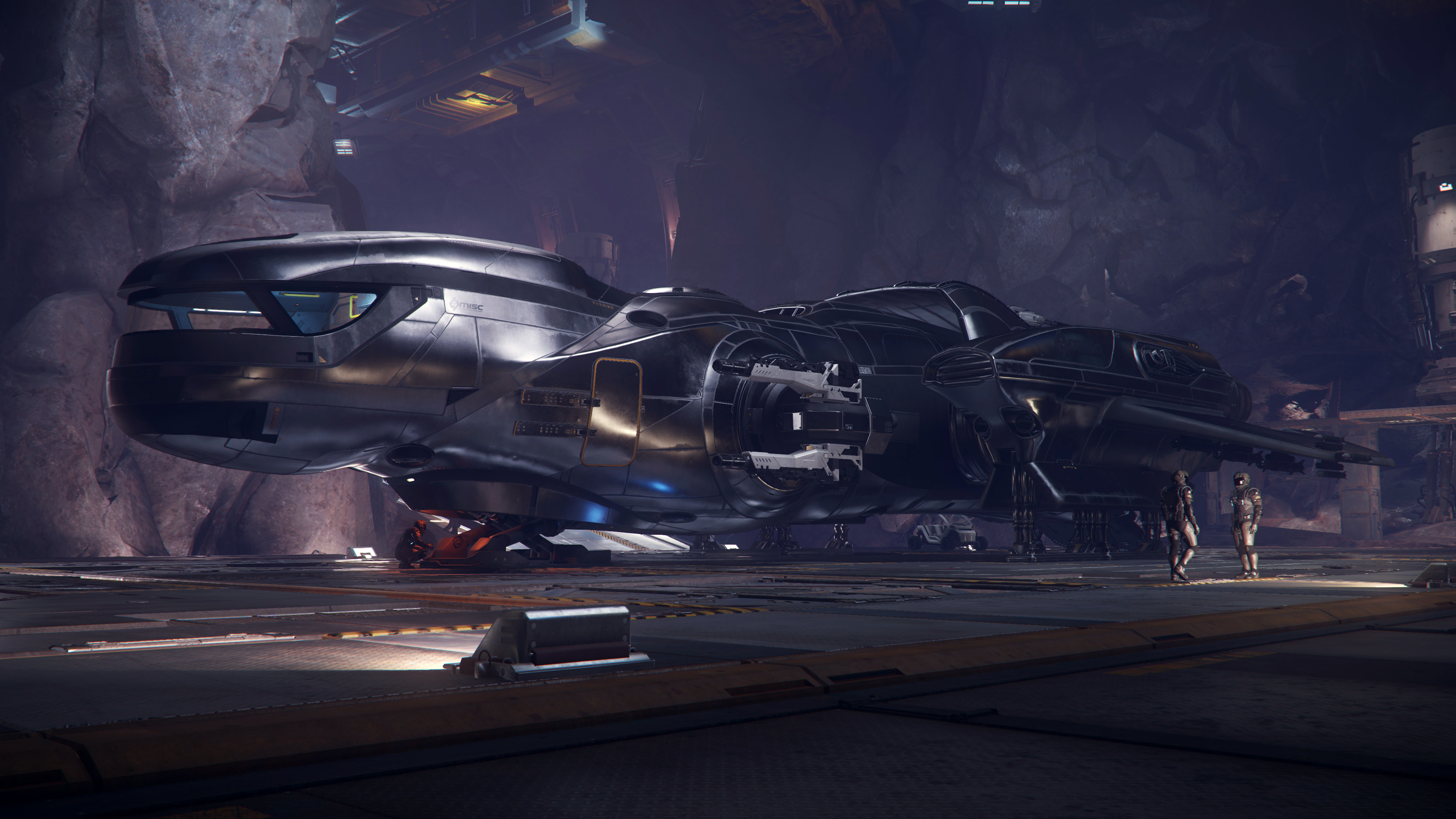 The redesigned exterior, first of all, is unique among other medium-sized ships. (For those not
aware, the Freelancer underwent a major rework recently, maintaining a similar silhouette but very
little else besides functionality) It lacks the flourishes of other ships’ hulls—it’s only as big as it needs
to be. The main engines are mounted on pivots, meaning they can turn to assist with strafing and
landing, and the main rear hatch is as high and as wide as the cargo space itself, meaning that if
someone needs truly massive crates hauled, the option is available. In fact, well over half of the length
of the ship is dedicated exclusively to lugging around heavy boxes, which is great if you’re in the
business of lugging around heavy boxes.

The cargo bay itself is just a huge crate made for holding said heavy boxes, but it’s a cleverly
designed crate. The designers left just enough room on the outside of the cargo lockdown area for
someone to walk, allowing access to the rear-mounted turret, if necessary. Beyond the cargo bay is a
fairly large airlock with a docking port in the roof, where the Freelancer can attach to other ships.
Presumably, in order to leave through it, someone would have to turn off the shipboard gravity, which
is a nuisance. The reason it’s up there, though, is—you guessed it—more efficiency™; by moving the
hatch to the top, it frees up room for even more cargo in the airlock.

Through the next door are the living quarters with escape pod beds for four and a pair of itty
bitty airlocks on both the port and starboard sides, in case someone wanted to enter without having to
pressurize the entire cargo area. Mind you, for the sake of efficiency™, anyone entering will have to
stand perfectly straight to ensure their nose doesn’t come off when the door shuts, but this means there’s
a little more room to move once inside. 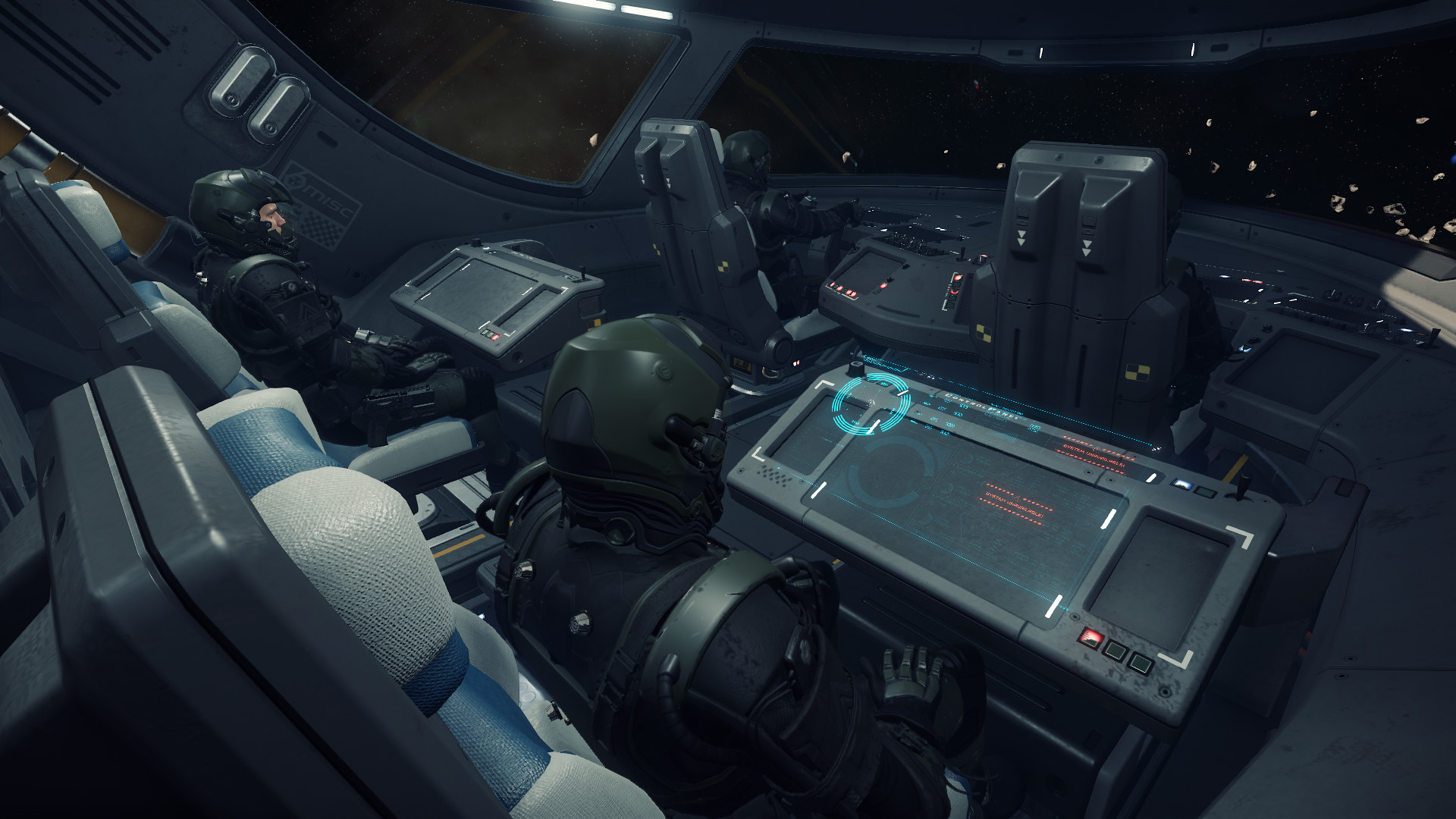 This brings us to the cockpit, the last room on our mini-excursion through the Freelancer. There
are four seats, more than any other ship in its class, allowing every person aboard into the same space
to get the most efficiency™ out of your flight. The most obvious feature, however, is the slim window.
Yes, there’s a nice sunroof, but the pilot is unlikely to use it most of the time, meaning they only has a
little slit to see what’s in front of the ship. At first, it seems like a massive design oversight, but never
once when I was flying did I feel terribly limited by it, thanks to the UI. In fact, it’s surprising how little
I found I needed the front window when I was testing it. When I was flying through Yela, I could see
everything in front of me without issue, and during a fight, I only needed the view to make sure I didn’t
run into anything, since the UI can inform the pilot of a target’s location well enough on its own.

Which brings me to actually flying the thing. Most experienced pilots are used to flying the
lighter ships, and so it would be prudent for those people to temper their expectations, because the
Freelancer is sluggish. Even the Aurora is more zippy, but then again, it doesn’t have a hull comprised
mostly of cargo space. Strafing is best suited for small adjustments rather than as a chief mode of
movement, and braking is predictably slow. Despite all of this, though, the acceleration from the main
engines proved to be quicker than expected, and the pitch and yaw were extremely responsive,
especially for a ship of the Freelancer’s size. During my fights with the pirates, even when I overshot
horribly, I found it easy to turn my ship to keep up with their movements. The pitch and yaw power are
almost exactly the same, as well, meaning that it’s very easy to pick up and learn even if you’re not used
to larger ships. (This is, of course, assuming null cargo, so when it’s laden with the purest lead from
Banu space, it may not move quite so nicely) 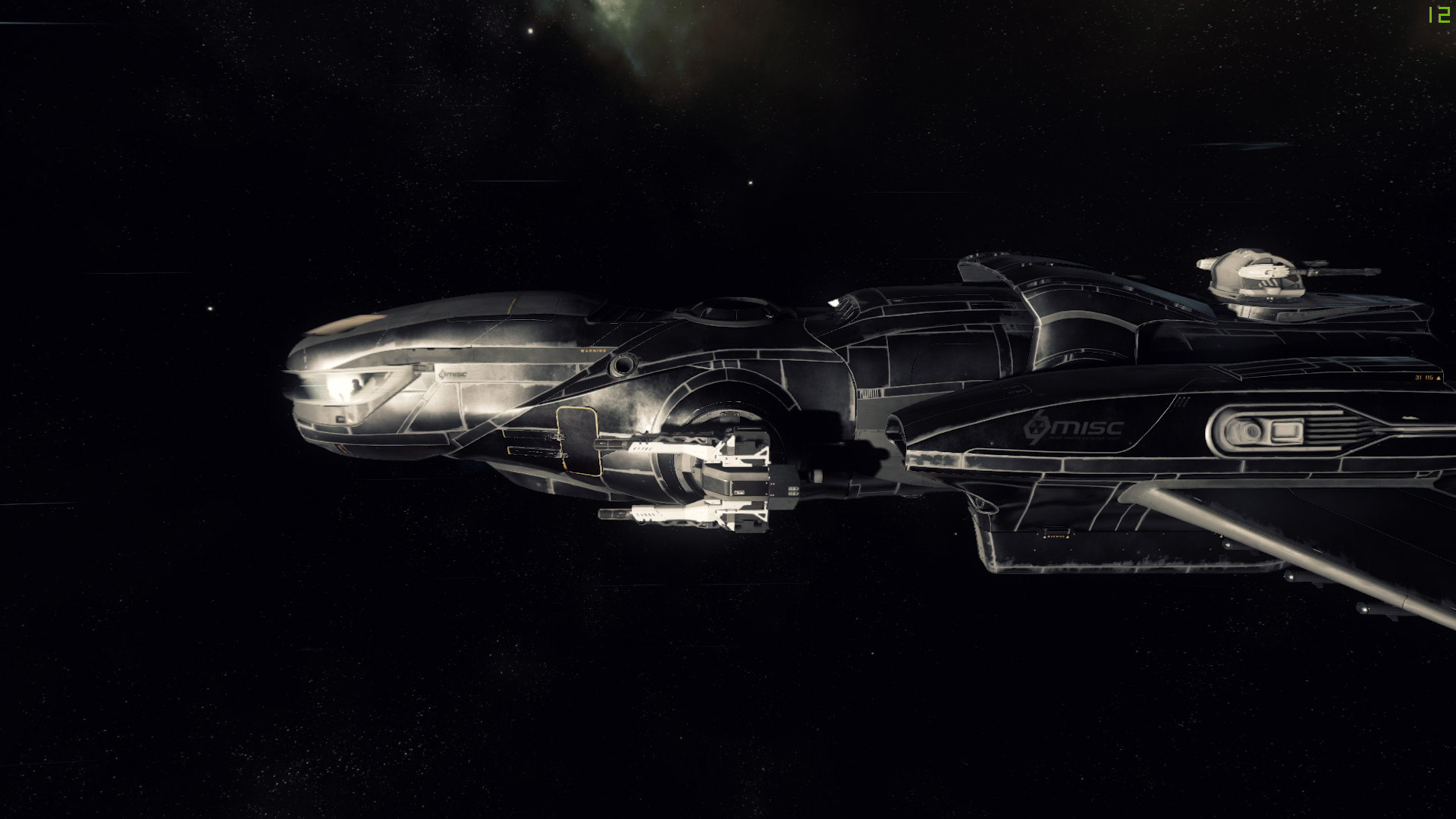 Its surprisingly strong pitch and yaw is helpful when you’re aiming its oversized weapons. With
four Tarantulas mounted on gimbals, the manned turret on the back with full 360 degree radial
movement, and the exceptional missile racks, a Freelancer is a pirate’s nightmare ship. This is also
where having that fourth crewmember in the cockpit may prove most useful: the developers have
confirmed that any copilot seat can be outfitted to control gimballed guns upon release of the game,
meaning that the pilot needn’t worry about aiming while maneuvering the craft except to make sure the
guns stay in arc. There is also talk of AI controlled guns, but the plans for those are less clear.

The obvious question remains, though: why fly a Freelancer instead of a Hull B? The latter
option will most likely cost significantly less than the Freelancer, and can hold over three times the
cargo. The answer is remarkably simple: because the Freelancer can do far more. In fact, if the
Freelancer is within your price range but you’re not sure what you want to do in Star Citizen’s persistent
universe, I would urge you to pick it up, because it can be retrofitted into nearly any role. Right now,
the Freelancer has three variants: a cargo hauler variant with a larger cargo bay, an exploration vessel
with a larger jump drive, and a militia variant that can carry even more rockets. Thanks to the modular
ship systems coming with energy piping, it will be possible to purchase these systems independently
and change them out at will. Maybe one day you want to do some shipping, so you clean out
everything to make more room for some hydrangeas on order for a Xi’an flower enthusiast. The next
day, you want to go exploring for a wreck to salvage, so you load up your beefier warp drive, stick a
tractor beam on the rear turret, and it’s off to the asteroid fields to fill up your cargo hold. Or maybe you
just want to tour the stars.

In that case, bring a friend. Or three.
(A special shoutout to one YlisseanKitty, who has been kind enough on two occasions now to donate
their time helping with these articles, providing the Constellation for the screenshots in the Merlin
article and letting me fly their Freelancer for this article)

The Relay is run by a group of dedicated volunteers. If you’d like to help support server / hosting costs, please check out our Support Us page!