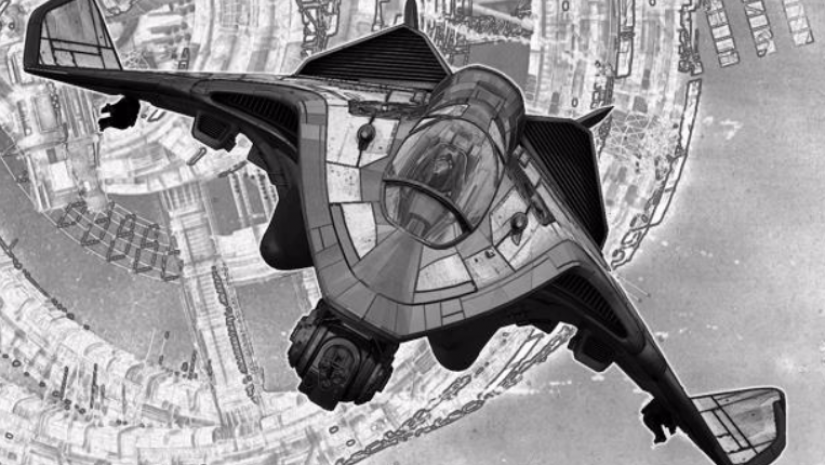 Why Should I Fly: The Avenger Written Tuesday 16th of February 2016 at 08:54am by FourthOracle

Hello Citizens! This week on Fourth Oracle’s Why Should I Fly series: The Avenger! The Avenger, known as the Space Penguin by its legions of adoring fans, is unique among the ships offered by CIG...

Hello Citizens! This week on Fourth Oracle’s Why Should I Fly series: The Avenger!

The Avenger, known as the Space Penguin by its legions of adoring fans, is unique among the ships
offered by CIG and is especially unique compared to the ships featured so far on “Why Should I Fly.”

At first glance, it looks like a glider with its fine curvature and strangely aerodynamic design. However,
from the side, it looks little like any modern aircraft with its plump belly and flattened, top-mounted
engines. It also has much more space on the inside, enough for a small living area and a configurable
area in the back that can be retrofitted to three specialized tasks, though I wouldn’t be surprised if CIG
expanded that roster in the future after Star Citizen launches. But I don’t think these are the reasons for
the Avenger’s popularity. Frankly, it confused me as to why everyone seemed to love the Avenger so
much over other ships which have similar levels of versatility. 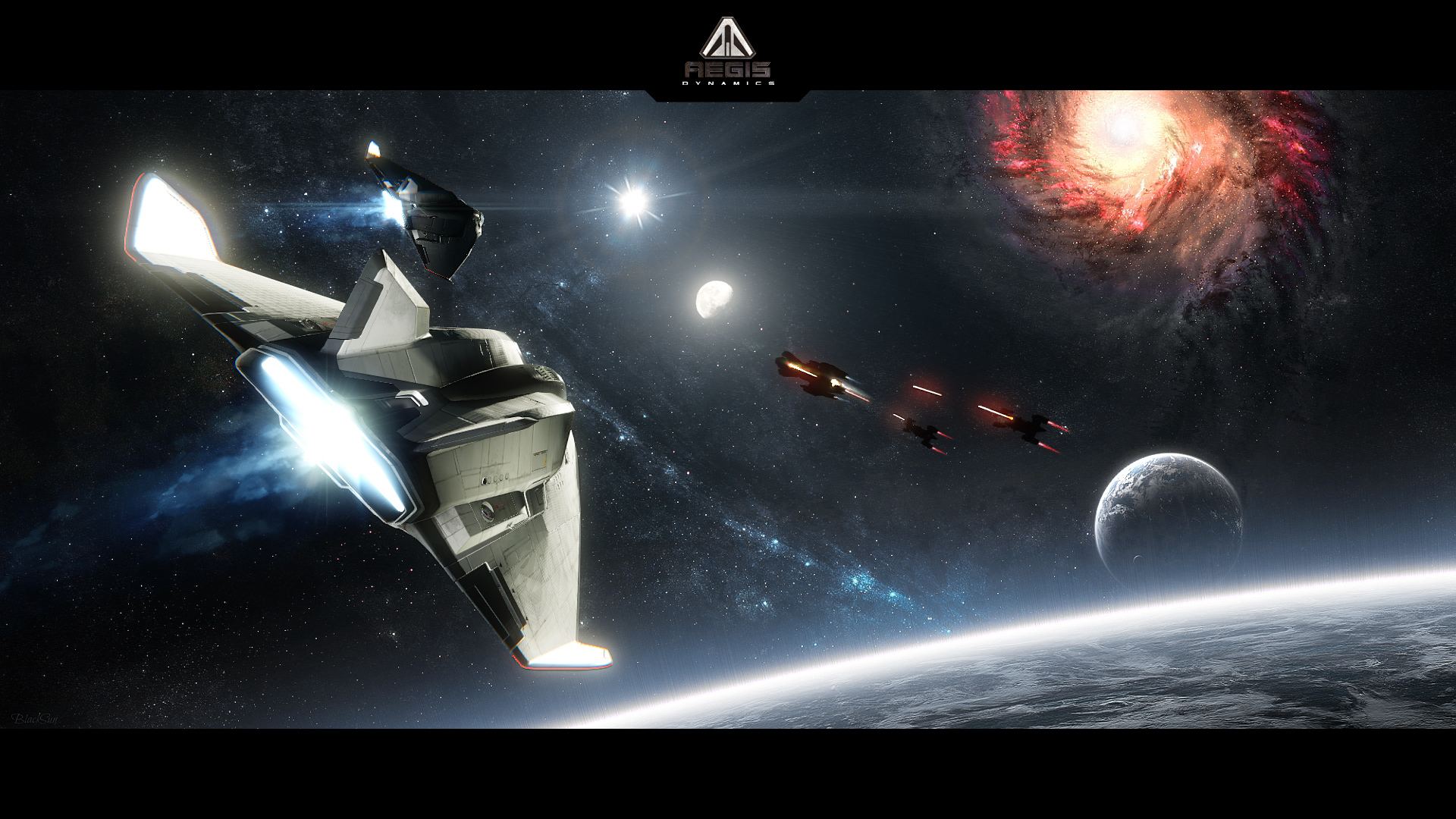 The first thing I noticed when I started in free flight was its remarkable top speed of 255 m/s.
That alone is impressive, but even that was outshined by the rate at which it could climb to that speed.
Boost fuel was plentiful, and the recharge speed meant that I could use it just about any time I found
the need. I was also taken aback at how quickly the ship could pitch and yaw. Upon further inspection,
I noticed that the eight maneuvering thrusters were placed fairly close to the centerline of the ship and
relatively far forward and back, greatly boosting the pivoting power. The amount of control afforded
over where exactly my ship was pointed was unprecedented. I began to wonder why other fighters
couldn’t move like this.

Then I noticed one of the first drawbacks of the Avenger: the lackluster strafing abilities. And
when I say I noticed it, I mean I crashed into asteroids over and over again until I learned my lesson:
the Avenger, while speedy and easy to turn, is not terribly agile. This means that navigating asteroid
fields at top speed is a quick way to plaster your penguin against the side of a boulder like a cave
painting, and even at more controlled speeds, it’s a risky proposition.

At this point I felt like I was starting to put the pieces together, but I still had one thing to test:
its combat viability. Avengers are a common sight in Arena Commander, due in part to the low rental
cost and its high top speed. But then there’s the Tigerstreik. In much the same way the Size 2 iteration
defines the little Merlin, the Size 3 Tigerstreik T-21 defines the combat capabilities of the Avenger. The
DPS on it borders on the absurd when given the opportunity to hold a target in the reticle for any
appreciable period of time, which is easier to do thanks to the turret mount. Overheating is an issue, but
if you can take out your target before the gun overheats, it isn’t much of a problem. The distortion
cannons that are loaded by default aren’t much, but by replacing them with a set of gimballed
Longswords, it’s possible to increase the DPS of the Avenger even further. (I choose Longswords
specifically because they have the same bullet velocity as the Tigerstreik T-21)

Still, the Avenger isn’t the best in any particular area. The M-50 can outperform it in speed,
many fighters can outgun it as well as survive much longer in extended engagements. Sure, it has
prisoner pods and EM warfare capabilities, but this isn’t what’s praised when people talk about the
Avenger. So what is it that draws everyone to it? 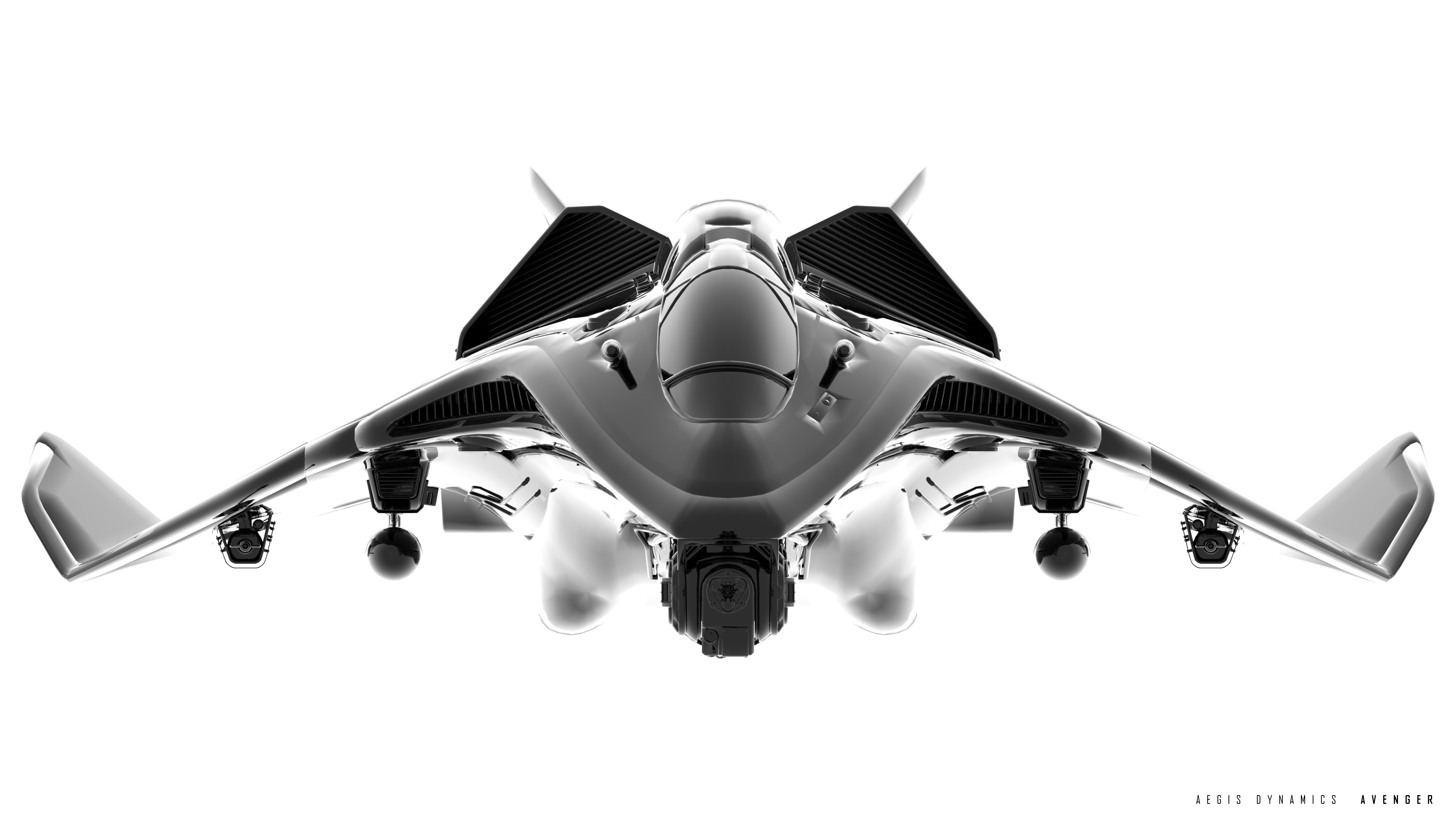 The first great advantage of the Avenger is its simplicity. When CIG designed their Newtonian
flight model, they had to craft a system in order to make it accessible to an audience that isn’t used to
six degrees of freedom. They were dealing with a significant majority of people in their audience who
had only played games with an atmospheric flight model (Even classics like Rogue Squadron model an
atmosphere in space) and strafing wasn’t something they’d done before in any flying game. But the
Avenger is different; the flight capabilities on an Avenger encourage a style of movement similar to that
of a plane: fly fast, aim carefully, and make passes. This doesn’t mean that circle-strafing a target is
ineffective, but it denies the larger potential of the Avenger. Design philosophies like this are best
realized on a mouse and keyboard or a stick and throttle setup, two of the most common (if not the
most common) setups used for Star Citizen, further adding to the appeal.

As mentioned before, lining up a target is simplified thanks to the gimballed main gun. Many
players new to Star Citizen are not used to aligning the nose of a craft with a target, much less tracking
a ship as it moves erratically through space on trajectories that make no sense to someone accustomed
to atmospheric flying physics. Gimballed weapons provide a much easier point-and-click method. This
is eased further by the excellent field of view provided by the cockpit design.

None of this means the Avenger has a low skill ceiling. In fact, in the long-term, it can be more
difficult to cope with a weaker strafe, meaning that movements must be planned out ahead of time.
Dealing with a high top speed is also a difficult proposition especially when the brakes are so abysmal.
Splitting attention between flying and aiming gimbals on such a fast ship is not an easy feat, either.
This means that the Avenger can appeal to both beginner and advanced pilots. 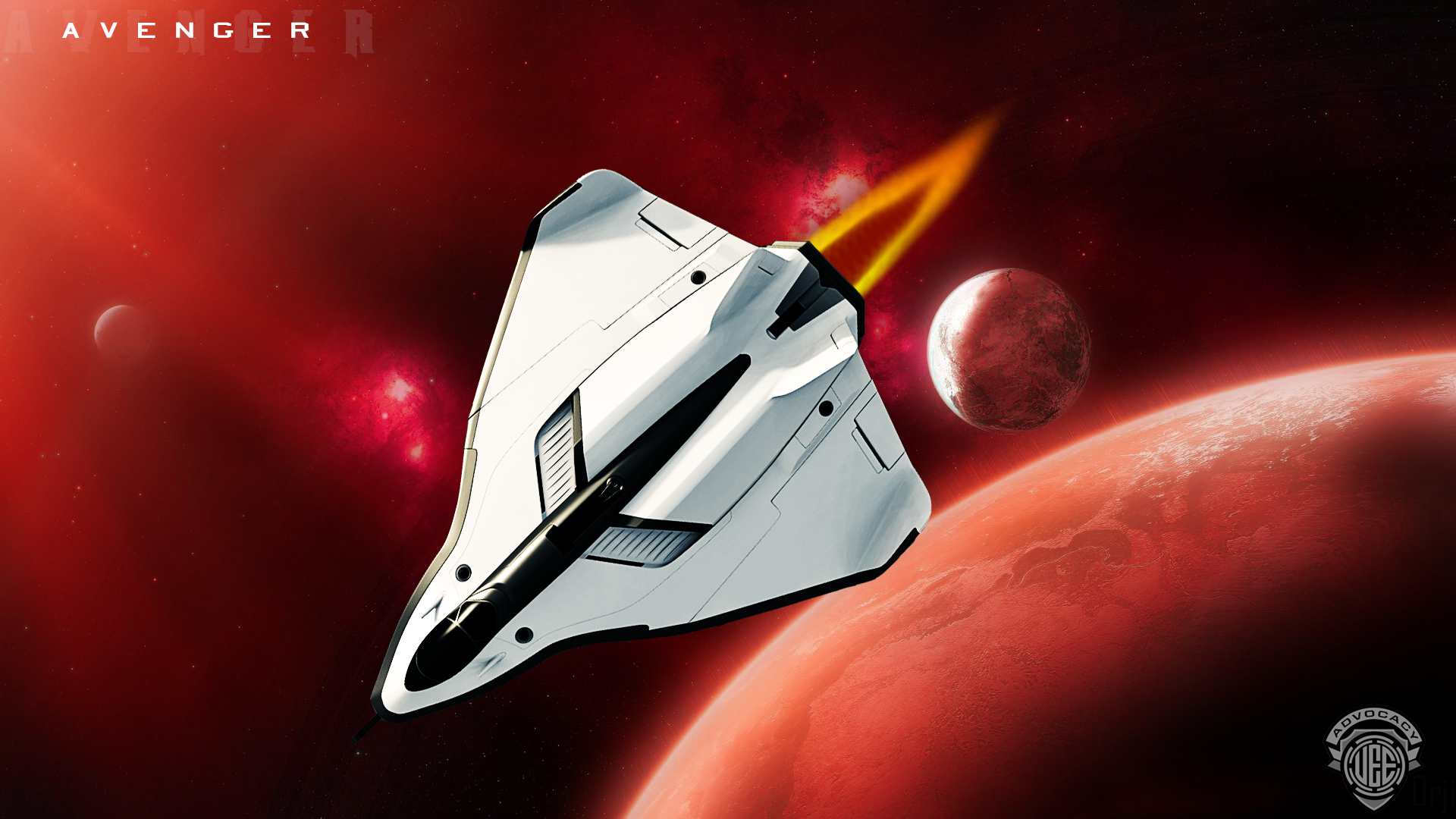 But I think, amidst all of these advantages, the thing most alluring about the Avenger is its
design philosophy: it occupies a spot right between modern-day planes and the craft of the spacefaring
future. Its design combines an aerodynamic and appealing aesthetic with the versatility demanded of a
spaceship without sacrificing anything in either category. If you’re thinking about upgrading, but aren’t
sure what you want, the Avenger is a great choice that straddles many categories without falling short
in any of them. Furthermore, if you want to get your friends into the game, consider renting the
Avenger and letting them take it for a whirl—there is no better ship for that purpose.