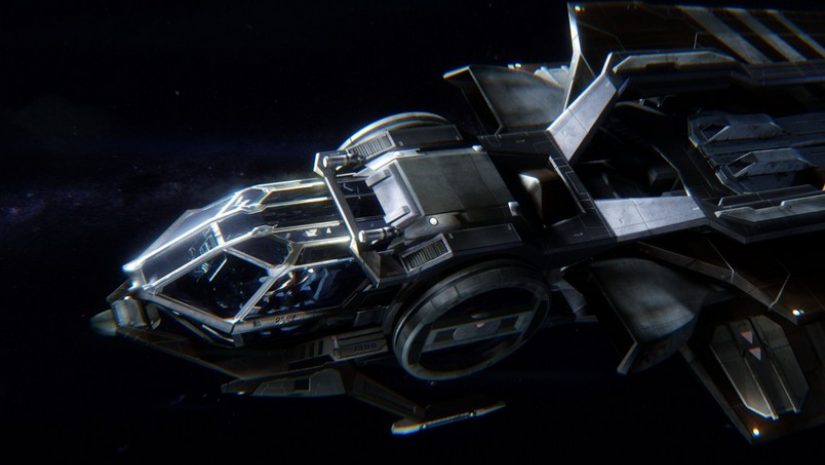 Why Should I Fly: The Aurora Written Tuesday 1st of March 2016 at 09:15am by FourthOracle

Hello Citizens! Welcome to another of Fourth Oracle’s excellent ‘Why Should I Fly’ articles; this time, the Aurora! Ahh, the Aurora: Star Citizen’s SUV. It’s a simple thing. No flairs, no frills, just a ship...

Hello Citizens! Welcome to another of Fourth Oracle’s excellent ‘Why Should I Fly’ articles; this time, the Aurora!

Ahh, the Aurora: Star Citizen’s SUV. It’s a simple thing. No flairs, no frills, just a ship with a thin layer
of glass between the pilot’s seat and the vacuum of space. It’s probably the most commonly owned ship,
as well, though most see it only as an entry point fit to help them get the funds for something bigger
and better.

But I love the Aurora. In fact, it’s one of my favorite ships.

That opinion doesn’t come from the handling—it flies like a brick with maneuvering thrusters
glued to the sides. Its top speed seems to change from patch to patch, but has always hovered
somewhere in the 170-190 m/s range, nothing impressive. Its acceleration is lackluster, yet it’s just
enough to make you want to leave your gsafe on, and strafing is similarly painful. Pitching and yawing
are passable for a ship of its size, though nothing like other single-seaters. These would be less of an
issue if it recharged its pitiful amount of boost fuel faster than one percent every four seconds, which
makes dogfighting a pain. In essence, it’s not going anywhere particularly fast, and it’s not
outmaneuvering anything in its weight class. Its max cruise velocity is less than 500 m/s, which is far
less than most any other ship, though this is liable to change. 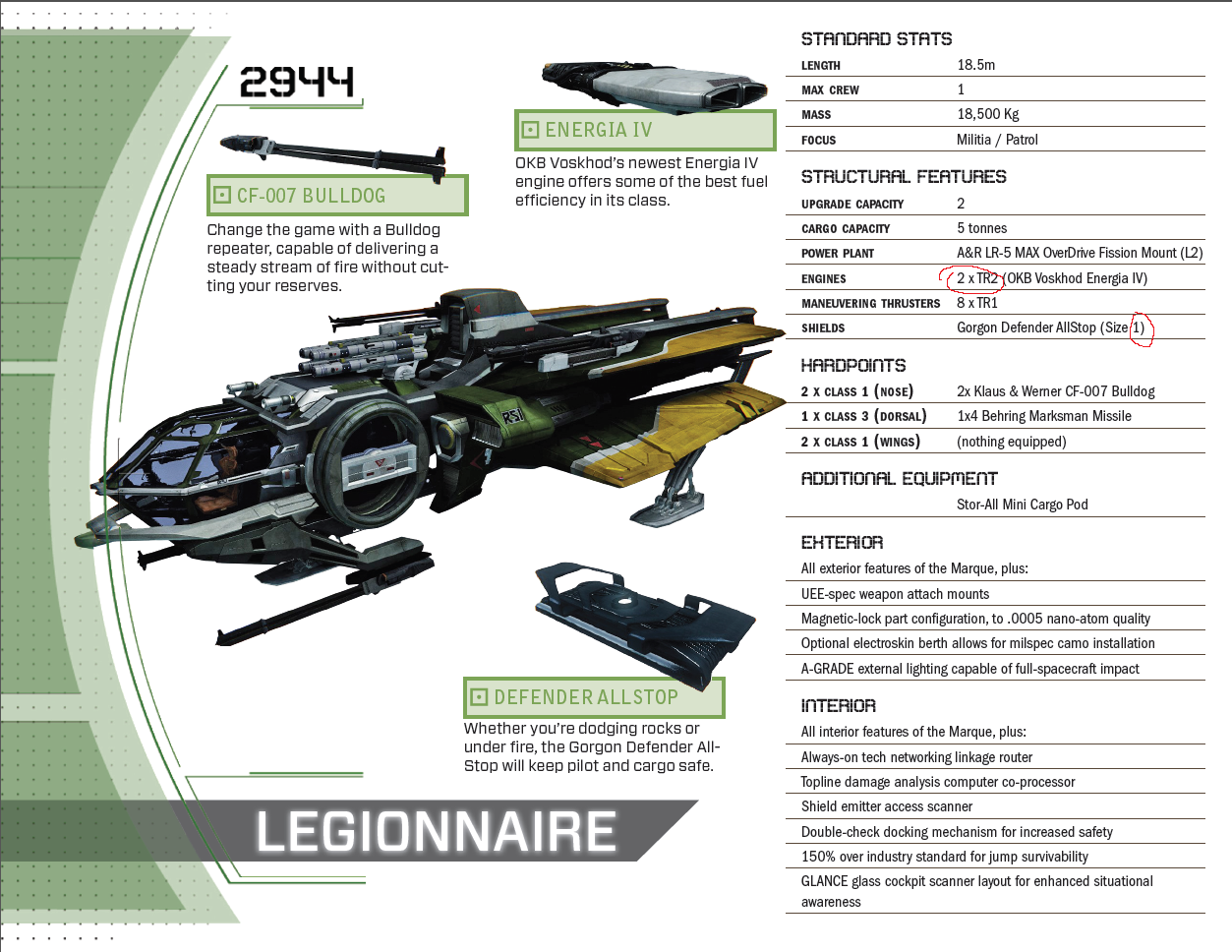 The weapons are nothing fantastic, either. On the nose are a couple of S1 weapon slots, and, if
you paid the extra five bucks for an Aurora LN, you get an extra pair of S2 slots on its stubby little
wings. This inconsistency makes it difficult to line up projectile speeds, meaning that the firepower isn’t
appreciably increased unless you bring a very limited set of weapon combinations. (I’d recommend a
pair of M3As and a pair of M4As) It’s got a missile rack for four S1 missiles, but good luck
maneuvering in a way that can make use of them against anything smaller than a Cutlass. So if it isn’t fast and it isn’t mean, what about the amenities? I’m afraid it’s lacking there, as well.
All it’s got is a bed, so unless you can withstand the smell of copious amounts of Axe, you’ll have to
make stops in ports for your showers. No personal storage space, either, so all of it’s gotta go in the
crate latched precariously on the bottom of the ship.

So if it’s so lackluster, why do I love it so much? First of all, the Aurora is one of a small
number of non-combat single-seater craft. It’s easily overlooked by Arena Commander veterans, but
when the persistent universe is released, this deficit will become glaringly obvious. This niche is
important considering the number of players who will oftentimes want to play alone. The only
comparable ships in this regard are the Mustang, the 300i, the M50, the Avenger, and the Khartu-Al. Of
these ships, only the Mustang is in the same price bracket. (It can be argued that the Avenger is in a
similar price bracket, seeing as the Titan variant is only $15 more, but that still constitutes a 33% hike
in price from the Aurora before including the cost of maintenance that will come with the persistent
universe)

Comparing the Aurora and the Mustang side-by-side is a strange ordeal due to the vastly
different design philosophies. The Mustang is zippy, but very flimsy and liable to see its arms flying off
and over the hills in a stiff breeze. The Aurora, on the other hand, is planned to carry heavier shields,
making it far sturdier. It can also haul far more cargo—more than twice the amount of the Mustang, as
a matter of fact, if the owner chooses to purchase a larger cargo crate. In fact, this level of
customization is one of the major selling points of the Aurora. Though the deeper mechanics of power
and shields and the like have yet to be completed, CIG has promised that the Aurora can be widely
altered to meet your needs. But this isn’t all. The doors of the Aurora aren’t just doors; they’re docking
rings. Look on a number of other ships, and you’ll see the universal standard “C12a” ports as well.
(Check the sides of the Constellation and on the roof of the Freelancer) By attaching two of these ports,
players will be able to transfer from ship to ship without having to depressurize the entire cabin. 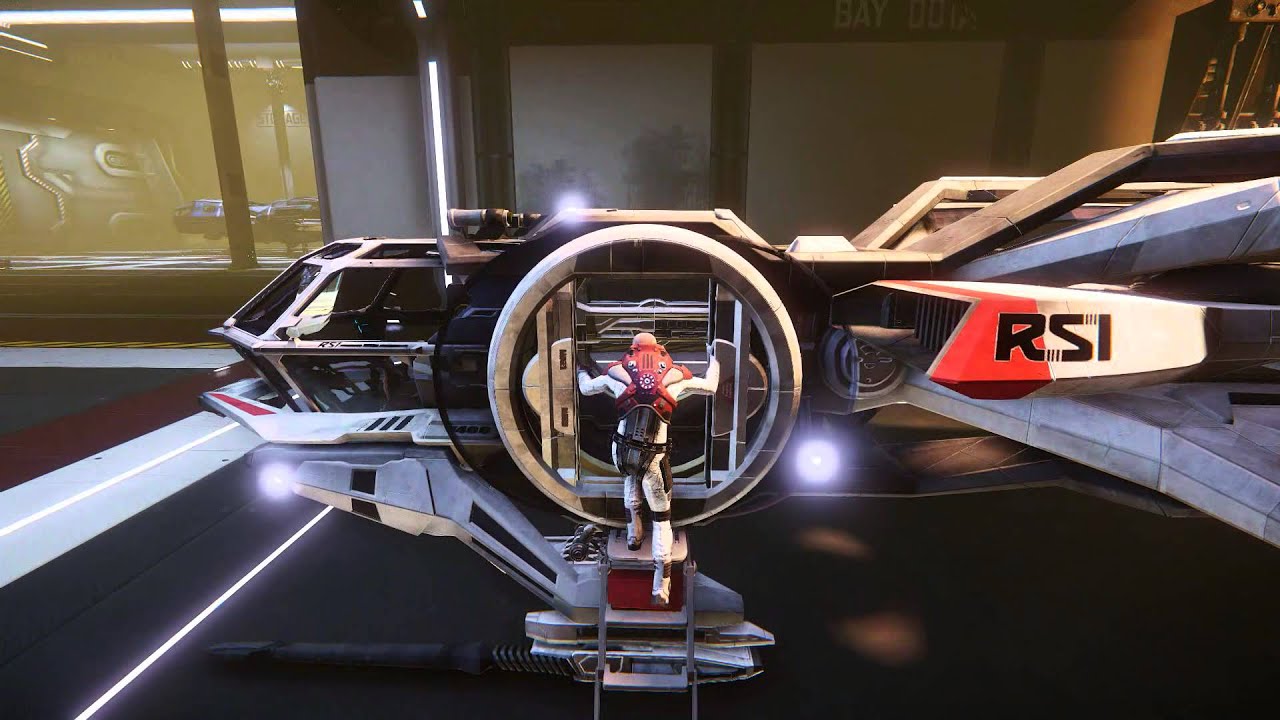 Above all else, though, the Aurora represents something: freedom. Yeah, it’s a bit cheesy, but
isn’t that what makes Star Citizen so appealing? Chris Roberts and the rest of the CIG crew have spent
the last four years creating the ultimate first person universe so that players can have as much freedom
as they have always wanted in their games, and it’s not a mistake that the Aurora was one of the first
ships that players could see and fly. With an Aurora, you can traverse great distances on your own and
take whatever you want with you, or you could loan out that cargo space to make money on your own
time, not relying on anything besides yourself and your ship to get the cargo from one place to another.

Later on, maybe you decide you want to use it to protect a colony for a while, so you strap on a few
more weapons and make pirates think twice about threatening the townsfolk. And then, when you just
need to get away from those townsfolk for a while, you point the nose in the direction of the Goss
system and watch the twin stars dance around one another in their ancient waltz, and the only thing
separating them and you is some empty space and a thin layer of glass. That’s the promise of the
Aurora.