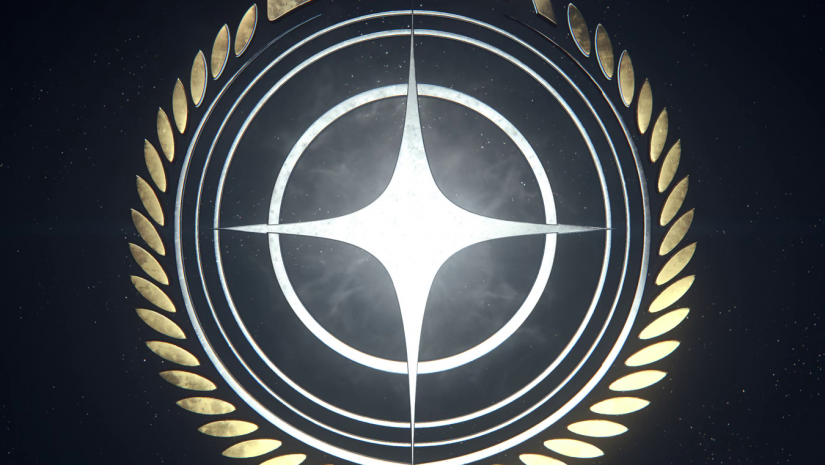 Paul from TheAstroPub drops by Relay to give his thoughts on the mythical "Jesus Patch".

Hi, my name is Paul and I am addicted to internet spaceships.  I initially wrote this to be a video but as I wrote it I realized it was better as an op ed.  So with that out of the way I wanted to say that I am not officially a member of Relay.sc but I have been friends with them and a supporter of them for a while.  This isn’t reflective of any official view from them simply my own thoughts on something that I have seen, and may have unintentionally helped spread, that needs to be addressed.  Of course I am talking about that most elusive of cryptids of the Star Citizen community, the mythical ‘Jesus Patch’ (or Robertsquatch) that you may have heard about recently.

To start off I need to explain what the “Jesus Patch” is.  It is a mythological patch in Star Citizen that adds so much content it makes the game an actual game.  It started when people like myself and others in the community started to refer to the original planned 3.0 as the “Jesus Patch” because it was like a savior for content starved fans, the patch that would turn non believers into believers.  It was used as a joke, an attack, or literally by members of the community. Ever since the break up of the 2016 3.0 patch into the entire 3.0 line of patches people have been looking for the “Jesus Patch” ever since.

Up until very recently, 3.3 looked like the next Jesus patch. Coming along with loads of new content, new game mechanics, and a massive update to the underlying tech for the game. Unsurprisingly, it has since been altered to be more realistic and the gameplay features for the most part have been moved out to later patches.

Since the latest roadmap update people are calling the Star Citizen Alpha 3.5 the new messiah.  The one who will lead us out of the darkness into the bright star of hope, or what ever flowery BS people have concocted for a game about buying pictures of internet spaceships.  I am here to be the heretic of your beliefs, I do not come with troll but with honest concern for your hopes and dreams being shattered once again upon the rocks of reality. You see the “Jesus Patch” doesn’t exist and will never exist. Now before you go to rant in the comments out of knee-jerk anger let me explain, the “Jesus Patch” is a myth because it can’t exist in a game patch.

People are used to seeing games announced 3 months to 2 years before they actually come out.  You might see a teaser trailer or hear rumors at the beginning of a games development but usually gamers only experience the last few percent.  By the time you see it, its been through multiple iterations and had content cut or changed drastically from when it was first envisioned.

All games go through years of trial and error, the process since the 1990’s often changes games fundamentally from their initial pitch, some to the point of changing entire engines, stories, and genres.  This process is rarely visible and not very well codified no one company does something exactly the same as another to the point that there is not a succinct agreement on when you would pin the start of ‘development’ on any given game. As a result the idea of some mythical fix which can make a game playable beyond a solid release can’t happen, it isn’t how games are developed.

You see by the time you have a coherent ‘game’ there have been multiple iterations on the various parts of the mechanics.  The terms Alpha and Beta in software development have never been well defined but generally it is accepted that Alpha is when all parts of the program are not finished and Beta is when those parts are done but not optimised.  What an Alpha used to be defined as is what we have in Star Citizen now, loosely connected mechanics that sort of work together but are not all finished or linked. Most alphas for internal software development barely work and when they do, they run like garbage with missing assets and a lot of WIP stuff.  It isn’t until Beta that these loosely defined and attached mechanics and assets are refined into a recognizable game.

There is no patch that will make Star Citizen a ‘game’ because what a ‘game’ is depends on your perspective and experience.  For some it’s basic gameplay loops, for others it is complete mechanics, still others the ability for content to persist between patches.  While definitions are different depending on the person most definitions of ‘game’ generally fall into the Beta stage of development. This is why there will never be a “Jesus Patch” because most peoples hope for a complete or playable game won’t be until Beta and even then it’s a slow slog of performance improvements rather than content dumps.  Games more often crawl to their finish line and it’s more likely to wake up and realize you are playing a game than one suddenly appearing after a patch while in development.

In fact this myth of the “Jesus Patch” is harmful to the community because it sets unrealistic expectations.  People running around getting their hopes up only to be dashed over and over is basically what has happened to a lot of those folks who are now vehemently against the game, those who are almost as cult like as those who ‘truly believe’ in ‘Chris Roberts vision’.  Honestly I couldn’t tell you the man’s vision at this point because he won’t release his medical records. The people deserve the right to know how good your eyesight is Chris, they paid you $200 million for that kind of info! Joking aside, these kinds of expectations are harmful to the community because when they aren’t met over and over people start to blame the company, then the community for supporting it, and then it’s down the rabbit hole of ‘CIG is out of money’ and ‘the game will never be finished’ and so on and so forth.  Some may say that CIG sets unrealistic expectations for the community and they cause their own mess which is a totally different topic in and of itself, but generally I will say that the community is responsible for most of the mismanagement of expectations at this point.

So yes the “Jesus Patch” is a myth, a harmful one that no one should perpetuate outside of lulz seeking internet denizens.  3.3 wasn't going to magically make Star Citizen a game and neither will 3.5. Setting your expectations realistically is important for life, let alone a game.  So instead of hyping yourself up for some savior patch that will make your hopes and dreams come true, find another game to play while Star Citizen is in development.  Watch YouTubers, Twitch streamers (shameless shill: twitch.tv/TheAstroPub), and casually follow the development. Your blood pressure and wallet will thank you.