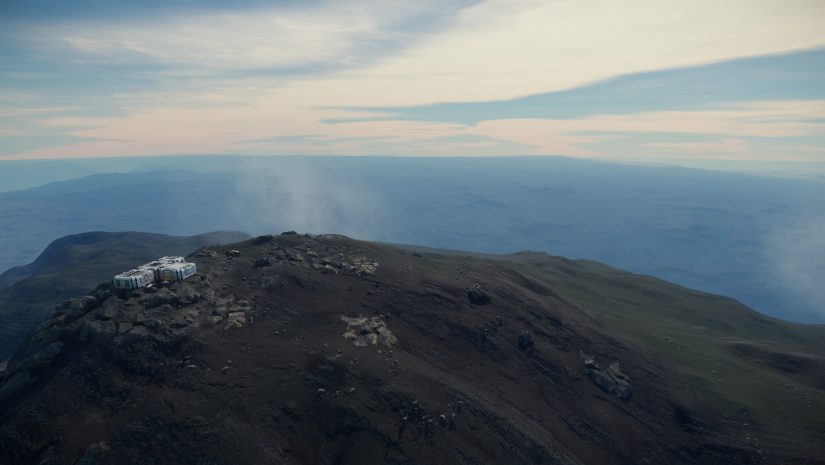 The Importance of Being Surprised in Gaming Written Friday 10th of March 2017 at 08:42am by Erris

Star Citizen is going to be an excellent game.

I’m writing this as a fan, and that is my belief. I firmly believe, based on all of the evidence that I’ve seen over the past few years, that it will be great. I’ve been a backer since the very beginning, and I’ve been following its development intensely, some might say too intensely, for over two years. So yes. I’m interested in Star Citizen. And that has me worried.

And I’m going to talk about exactly why shortly.

First, I’m going to take a brief aside while I look at a couple games that have either just come out or are about to. Zelda: Breath of the Wild and Mass Effect: Andromeda. The exploration that they include and tout is fantastic. There’s more I could talk about, certainly, other aspects of gameplay that I love, but for now I’m going to talk exploration.

Zelda breaks it into zones, each large and open, each vastly different, but each an absolute delight to explore and solve. Zelda used to be about dungeons – the Water dungeon of the Zora, the fire dungeon of the Gorons, etc… And yes, there were explorable lands around those dungeons, with towns and side quests and the like, but the main focus was always on the dungeons themselves. In Breath of the Wild though, that’s changed, with each of the areas essentially serving as a dungeon, each of the shrines therein its puzzle, each ‘divine beast’ its boss battle.

And it works phenomenally well. Breath of the Wild is arguably the best Zelda game yet, and therefore arguably one of the best games ever made. So much that it does just works that it’s incredible, and it’s brought back a sense of wonder and astonishment in games that I honestly thought I’d lost decades ago. The exploration it includes is a large reason why. There’s something viscerally exciting about having to climb a large mountain and look around you to find points of interest, or having to talk to NPCs to find out about a secret hidden over the next hill. It’s lovely.

Mass Effect: Andromeda isn’t out yet, but it also has me excited. And I wasn’t excited until very recently, when they released their exploration trailer. 100s of unique planets (though not all explorable) just sounds… it sounds wonderful. After Mass Effect 3 I honestly thought I had lost all interest in the series, and while the core gameplay looks very much like more of the same, it’s the exploration that’s brought me back into the fold. The idea of exploring unique worlds, interacting with their citizens, having a measurable effect on their world, etc… With Andromeda launching in a few weeks, now is the first time I’m looking at it in any depth.

And that’s the beginning of the point I’m trying to make. With Zelda, I had no information about the game until I booted it up for the first time. I knew it was a Zelda game, and I love Zelda games, but it turned out to be so much more, so much more that I wasn’t expecting. Mass Effect as well, because I hadn’t followed it intensely, I’m now excited about it, only a few weeks out.

I remember Fallout 4 did the same when it launched. It was announced months before release, with almost no information floating around about it.

Star Citizen on the other hand, we know so much. We know the names of most systems and planets, thanks to the phenomenal Star Map, but also thanks just to the constant interaction with the devs. We know the status of ship development, the status of weapons, we get honestly pretty frequent updates about planet status…

I think that’s a double-edged sword. On the one hand, the promise that we’re seeing out of Star Citizen is incredible. Due to the advent of Star Citizen’s procedural planet tech, we’ll eventually be getting 1000s of worlds (planets, dwarf planets, moons, etc) in over 100 star systems and each of those worlds will be FULLY explorable, not just a large open-world map akin to something from Andromeda or Zelda. To say that the depth of exploration possible in Star Citizen is many multitudes larger than either of the other two games is no exaggeration. It very well may end up as the largest game ever. And I can’t wait.

However, as I find myself more and more interested in exploration, part of me wonders if we, as an effect of all the information we get from CIG themselves, are going to miss out on some of the wonder when the game finally releases.

They’ve kept Squadron 42 secret from us. Not just the story, but almost every detail about the actual development has remained hidden, and I’m honestly thankful for that. I want to boot it up with no idea where I’ll be taken to in the story, no idea what’s coming next. I want to be surprised. When it comes to Star Citizen itself, I’m starting to think of exploration AS its story, as something that we need to create for ourselves, our own story written as we explore the hills and valleys of each planet. I want to be just as surprised exploring the worlds that CIG create as I will by being a part of the story Squadron 42 tells.

I also hope that CIG can instill the same sort of wonder in their planets that I’m getting from Zelda, that I’m hoping for from Mass Effect. Other procedurally generated space games have failed dramatically to provide that sense of scope and life; that sense of something unique and interesting just around the corner. That’s a feeling that Star Citizen really needs to provide. Interest in Star Citizen, to me, is very much like a hill in Zelda. I have to not just be excited to get to the other side of the hill; I have to KNOW there will be something exciting on the other side of that hill.

One way they can do that? Don’t tell us when things get added, especially exploration. Or at least, don’t tell us exactly what they are. In patch notes, just say ‘new area to explore’ or something along those lines. Make us search for things. Maybe tell us how big or how small they are, but make us find them. Make us go over each and every hill, looking, scanning, searching. Make us climb the highest mountains and scan the blackest voids of space. Make us BE explorers. GIve us that element of surprise and wonder that Zelda is doing for me now, and that braver people than I used to spend their lives doing, going out and actually exploring the unknown, before things like the internet and video games taught us it’s much more comfortable to stay inside.

I know that Star Citizen is going to be great. I just hope that it still is capable of surprising me when it becomes so.