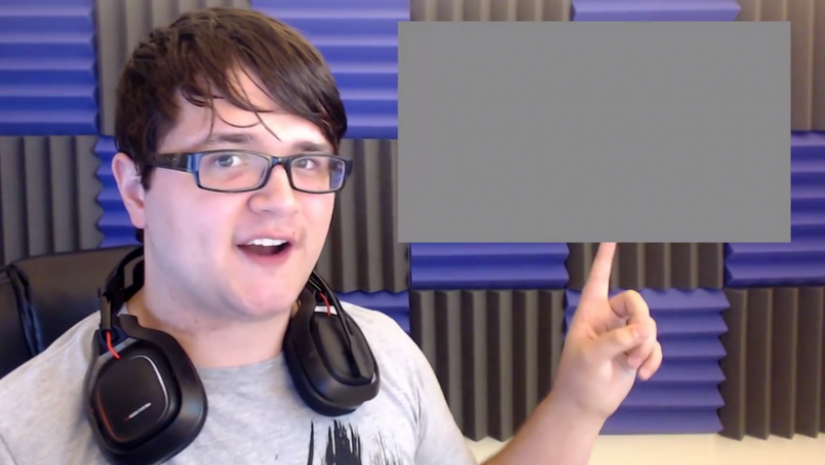 The Graybox – How Much Should Game Devs Communicate? Written Tuesday 28th of July 2015 at 08:44pm by JakeAcappella

Join us for a new segment on The Relay, called The Graybox! Hey guys! CCT here. This is the pilot episode of a new show I've been working on, called the Graybox! I talk here...

Join us for a new segment on The Relay, called The Graybox!

Whether it’s your best friend, your boss, your significant other, or your guinea pig, your relationships have a profound effect on your life, whether you realize it or not. Heck, you even have a relationship with that weird guy on the bus who sits next to you when the bus is empty. Why does he do that? You don’t know.The thing that likely most defines that relationship is communication. That guy on the bus could never say a word and you both would just carry on uncomfortably riding to work. He could have sat next to you because he wanted to hand you back your wallet that you dropped on the way to your seat. Or he could start screaming horribly at the top of his lungs, forever scarring you emotionally and changing your daily commute for the foreseeable future.

And that’s just a random guy on a bus. Believe it or not, all of us have a relationship with the developers and publishers of the video games we play as well. From the corporate giant to the indie darling, over the years of purchasing and playing games, we build a relationship with them all. And communication is just as important in this relationship as it is in all the others.

I remember a time when all the communication we got from devs was a blurb in a magazine and a screenshot, if we were lucky. It was still exciting to me, reading about the return of a green-clad elven boy that shattered expectations, or a Japanese Role Playing Game that surprised all with its popularity in the West. That was all I needed to know back then. A few short paragraphs in my copy of Nintendo Power or Electronic Gaming Monthly, and I was happy.

Eventually I discovered TechTV and G4, where I saw my first game trailers and video reviews. Then, the Internet hit the mainstream. Websites like Gamespot, IGN, and Joystiq rose to popularity in the early 2000’s, and the public was demanding ever faster, 24/7 gaming content. Youtube and Justin.tv entered the scene, and gaming took them hard and fast. Now with the amount of journalists and critics taking the stage with constant commentary on the gaming scene on every sort of platform, our attention turned to the developers to feed us more and more and more.

Until somewhat recently, a developer could take their time, plan, consult public relations specialists, maybe even hire some, do whatever it took to construct a thought-out, well-designed press release to talk about their game. Any interviews they’d take part in had questions pre-approved. Not saying this doesn’t happen now, in fact I went through that process in an interview I did earlier this year, but when I did it, it was out of courtesy.

Not only that, but after the game has finished and released, the most communication we would get would be advertisements, promotional brand deals, and announcements of sequels years later. If the game had bugs? A silent update would go out, patching the problem. Maybe. Sometimes not even that. Before the Internet? Forget about it. Now though, the heat is on for developers to share more info well before the game is finished to their hungry audience. Some decide to show everything, good and bad together. Some show nothing but a tiny piece, expecting hype to generate on its own. But the question is: Which is better? Let’s break it down.

First, the tried and true “silo” method, as I like to call it. The developer works in secret on the project until they or their publisher deem it worthy of showcase. The game could be hidden away for years before seeing the light of day. Then work will go into making a beautiful, cinematic trailer, completely prerendered to wow the audience. Some developers will take the time to finish a vertical slice of gameplay to show off as well. Then we, the player, get this tiny tease handed to us at a trade event, gaming convention, or (as per the more recent trend) released online Then, silence, for a year or more, as they finish the game. Then, we get another trailer, some previews, and then only a few months more till release. This is how most developers have talked about their games for a very long time, in fact most of them still do. Some don’t even talk about their game until it’s almost ready to come out. 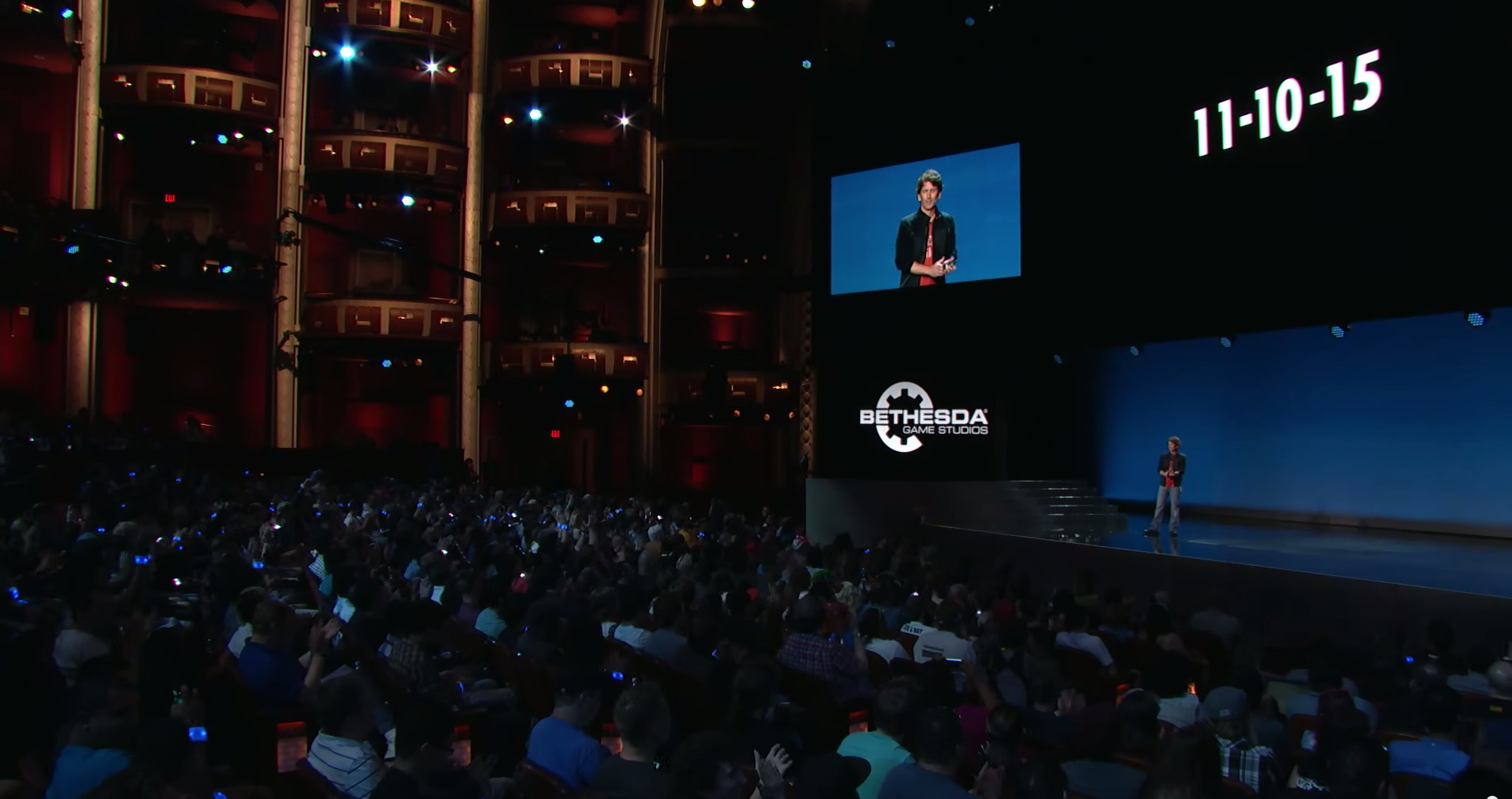 You wouldn’t think this would have a good side, but it does. One is fairly obvious, the wow factor. When a game is revealed for the first time that looks really good, especially if it’s in front of a crowd at E3 or PAX or something similar, the excitement is tangible. That “hype”, as the kids call it, can carry through a games release and translate into sales, even if the game itself isn’t great. Plus, it’s not a bad thing inherently to be excited for something new coming out either, and this method amplifies that. Not only that, but the developer can keep their head down in their work without having to listen to the masses picking apart their design and aesthetic choices, or at least muffle the noise. The downside is just as obvious: we don’t get to hear about our games! Gamers have short attentions spans, and if the game isn’t talked about for too long we could forget about it, and any initial excitement will have faded. Sometimes the publisher goes so radio silent that rumors begin to spread that the game is cancelled. There’s quite a few games right now that, at least according to the developer, have been in development for some time, but they choose to barely, if at all, talk about the game or update the consumer on its status. They get lost in the sea of games that come out every day, and the rumor of cancellation could be a self-fulfilling prophecy.

And that brings us over to open development. This a much more recent trend with game creation, especially from the indie developers out there. With the introduction of Kickstarter, Early Access, and other means of crowd-funding, developers have monetary incentive to keep their audience informed as much as possible. Every tiny detail is shown, from early concepts to netcode, from bug fixing to greyboxing, anything and everything possible is shown off. Many developers use this to cater to their audiences, letting them contribute to the games development and provide feedback. This allows the developer to crowd source a think tank, essentially using their audience as a makeshift producer or director. 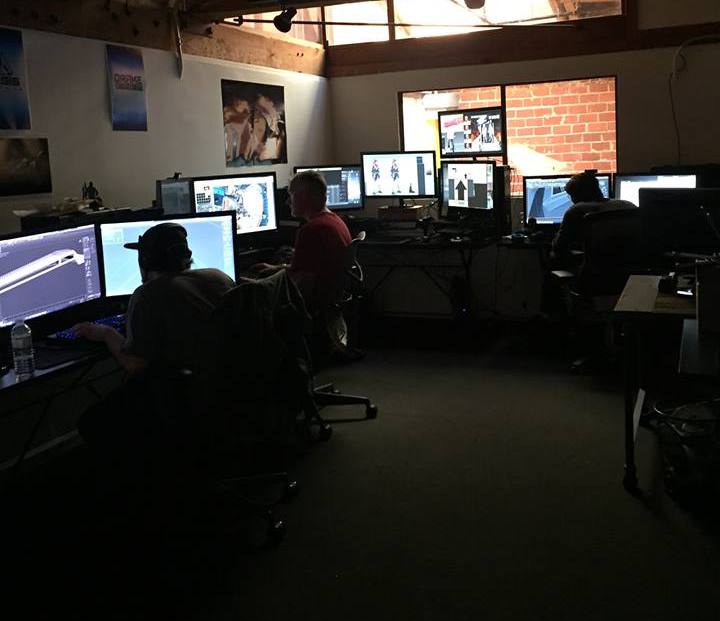 The great thing about this is the consumer gets to see everything going on with the game they’re looking forward to, maybe even play it before hand. It’s very reassuring to see the work being done as it happens rather than pacing around, waiting for a shred of new info to convince you that the game is still happening. You might even have a hand in shaping the outcome of the game.

Having that connection with the game creators feels really good too. But this can be a bad thing. Henry Ford once said, “If I had asked people what they wanted, they would’ve said faster horses.” If a developer listens to the crowd too much, their vision can be lost. The crowd will mold the game to have their favorite features from their favorite games, but what if the feature they’ll love hasn’t been created yet? There are plenty of games that have lost their way by listening to a crowd mentality. Not only that, but sometimes seeing a game in its infant stages can turn people off of it, or at least put it in the back of their mind. They’ll say to themselves, “I’ll come back when it’s finished” and then never do, or they’ll play an unfinished product and say ‘This doesn’t feel right’, and ignore any further development. The release of an openly developed game has typically lacked the fanfare of a traditional release as well, and because of that a lot of games are forgotten. The excitement a game reveal can stir up shouldn’t be taken lightly. 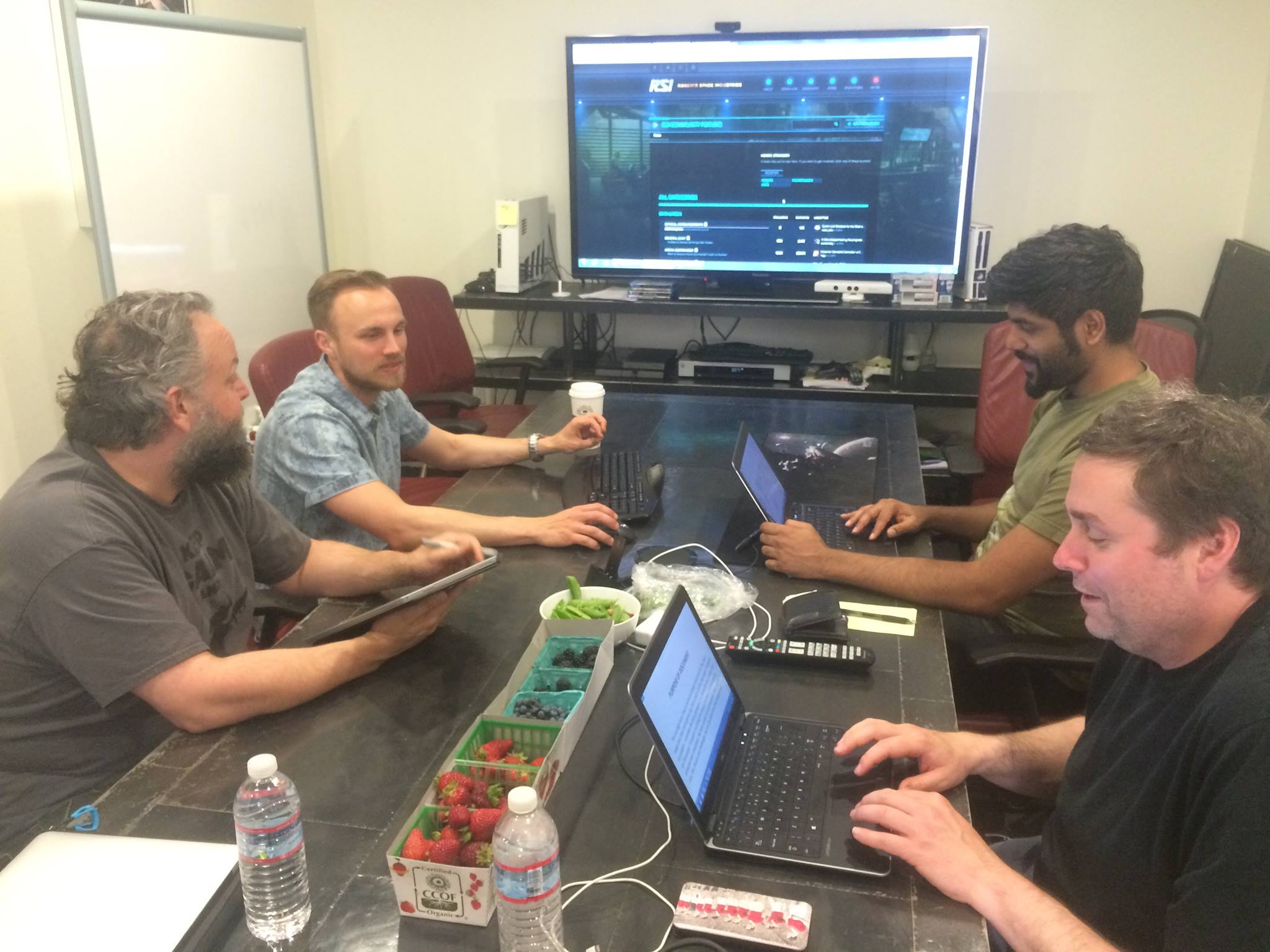 So, both methods of communicating are good, with many flaws. I’ve talked mostly about how this can be applied to development pre-release here, mostly because increased communication is essential at and post-release, for the most part. If there are problems with the game, people want communication on what they are, so they know when and how they’ll be fixed. The game also needs to be marketed to get the word out to even more people. Both things can be done extremely poorly; there are plenty of examples of bad communication when it comes to both marketing and bug-fixing, or regarding features that weren’t included that were promised.

But in general, which is better? Should the doors to our favorite developers be open or closed? In my opinion, I think there’s a middle ground here that both the audience and the developer can benefit from. Regular communication builds loyalty, keeping people informed builds trust. But the developer can keep some things under wraps. Things like story or late-game areas can be hidden to surprise people. But input on balance and some parts of the game’s design would benefit from the input of the player. The developer needs to filter out the good ideas from the bad, however. If they don’t, the hive mind’s idea of a good game could water down the vision. Companies like Mojang and Cloud Imperium have taken this philosophy to heart, and their success is obvious. Their fanbase is rabid and loyal, for good reason. They’re honest and open, while keeping some cool surprises to themselves. They maintain the vision they had, while at the same time adding features and balancing things when the audience calls for it.

I think if more companies followed this trend, we would see an increase in innovation in the industry. We would see less rehashed sequels, less safe ideas, and more things that are “out there”, things that push boundaries, things that people didn’t even know they wanted. And if devs talked to those people and maybe figure that out? Maybe we would see games that we have never seen before. All it would take is a little communication. 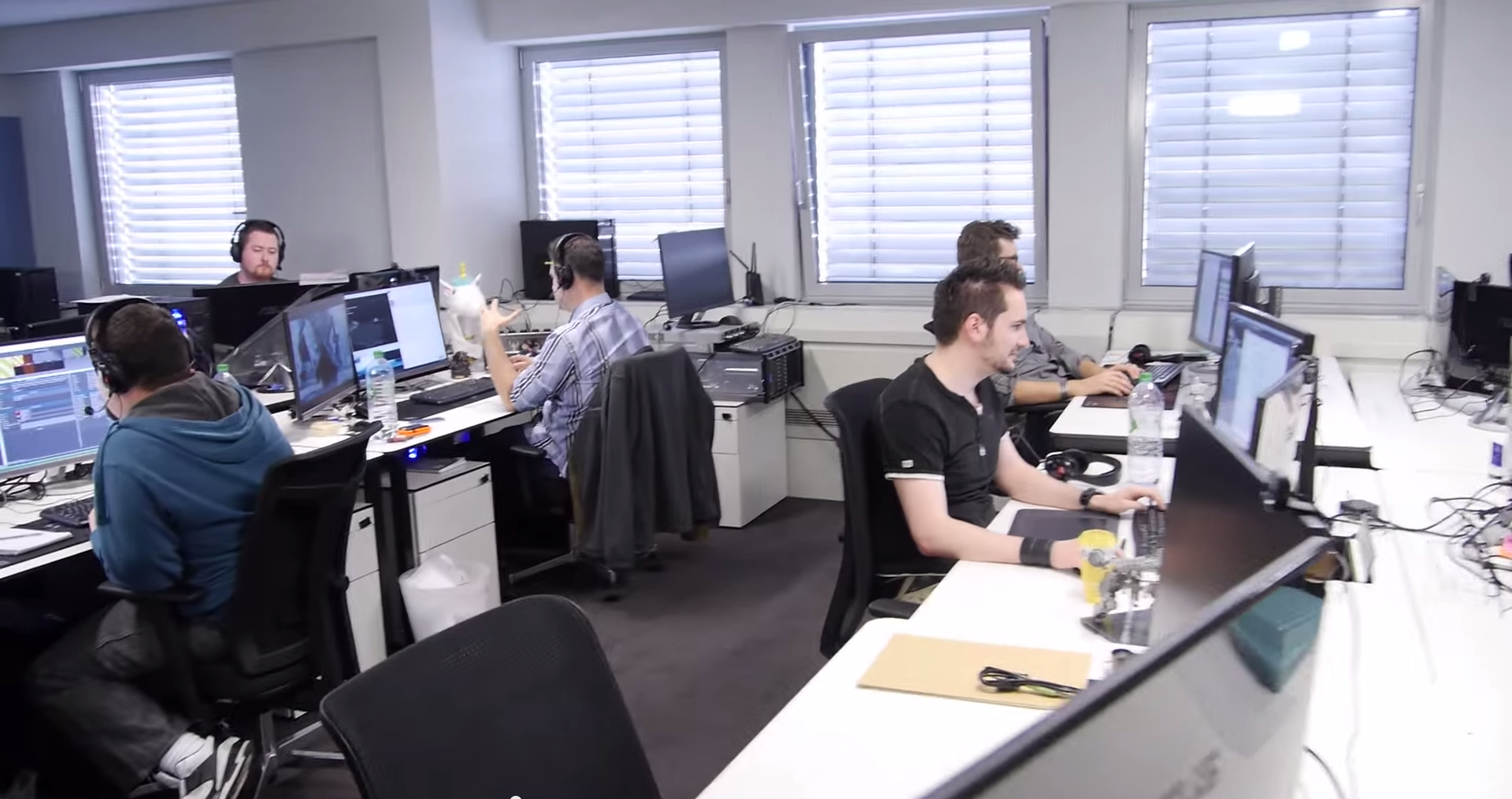