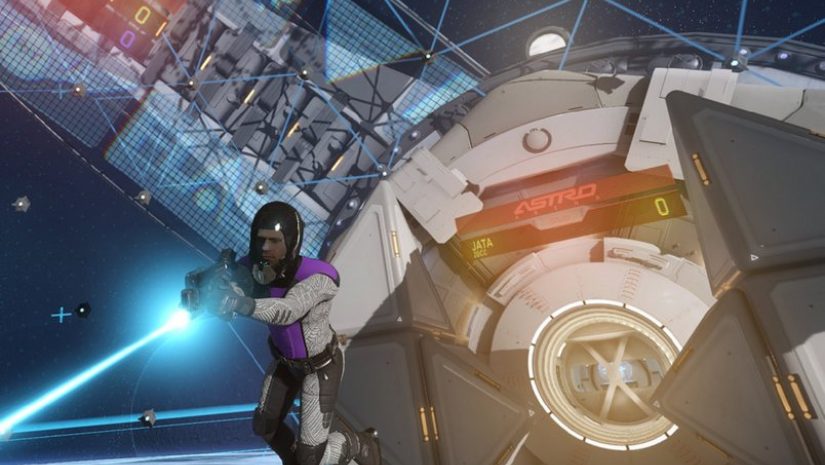 Star Marine: Bringing crowdfunding to a gun fight Written Thursday 4th of June 2015 at 07:33am by Nehkara

Red Bull Games has posted an excellent article today on Star Marine with a load of quotes from Chris Roberts, written by Rich Wordsworth. I know what you’re thinking.  Red Bull?  Really? Well, yes.  It...

Red Bull Games has posted an excellent article today on Star Marine with a load of quotes from Chris Roberts, written by Rich Wordsworth.

Today, they’re back with an article titled:

The article has a lot of things that a well-versed Star Citizen fan would already know about Star Marine… but also highlights and reinforces some things we might not.

“If I put a silencer on, that silencer may reduce the noise that’s emitted,” [Chris Roberts] explains. “Which is important for us, because we have this whole radar system which runs off various kinds of signatures, one of which will be audio. But then it may reduce the muzzle velocity, and instead of having to say, ‘well, now this bullet will only do eight points of damage instead of 10 points of damage,’ we can say, ‘well, now this muzzle suppressor reduces the exit velocity by 10 percent’ and everything else falls out from there… It will be emergent.”

Star Citizen’s focus on making physical systems within the game rather than directly dictating the characteristics of each piece has already made for interesting gameplay in Arena Commander and I can’t wait to see how these aspects play out in Star Marine and later on in the Persistent Universe.

Chris Roberts goes on to talk about level destruction:

“At present, there are specific things that can be blown up or destroyed: displays [and] windows, stuff like that,” says Roberts. “Longer term, we’d very much like to have a more procedural system, where you could perhaps blow out parts of the ship at any point… Longer term it would be nice to have some of that on the bigger ships, so you could set a grenade off in a corridor and it would rip a hole in that particular section.”

I have to say, although this is not necessarily a new idea in Star Citizen, I absolutely LOVE the gameplay possibilities that this presents.  Certainly, we could see some amazing Leeroy Jenkins-type moments when someone recklessly throws a grenade and sucks his whole boarding team out into space.

Another interesting passage discusses zero-G movement without a jetpack:

“You also have to be more careful about movement, because in zero-G, it’s all about inertia, right? So in zero-G, unless you have the jetpack on, you definitely need to be aware of where you can push off and where you can hold on and judge those movements, because if you push off from one wall heading towards somewhere else, unless you have something that [allows you to] change direction, that’s the way you’re going until you hit another object or item. So there’s a bit more planning about where you’re going to go in zero-G than there is in moving around on foot.”

Once again, I can see this slowing down the pace of combat and really adding to gameplay.  People need to make good decisions about what to do in zero-G if they are without a jetpack… or without a functional one.  It’s very possible that even if you have one it could get hit and be destroyed.

So, Citizens, those were some of the highlights for me of an excellent Star Marine article by Rich Wordsworth and Red Bull Games.  However, this is a lot more great discussion about the game and I highly encourage everyone to read the full article!