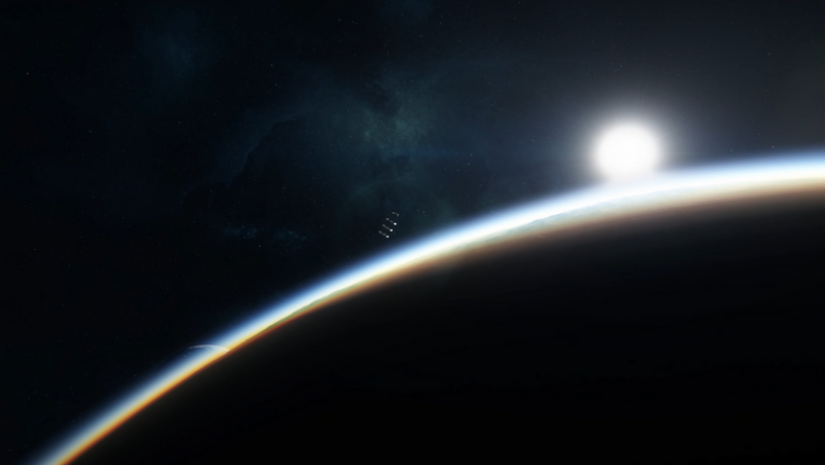 Star Citizen’s Ace in the Hole: Foundry 42 Frankfurt Written Wednesday 10th of February 2016 at 08:20am by Nehkara

Today on The Relay we bring a new article by a new The Relay member!  Killbotvii discusses some of the contributions of Foundry 42 Frankfurt to Star Citizen. Star Citizen’s Ace in the Hole: Foundry...

Today on The Relay we bring a new article by a new The Relay member!  Killbotvii discusses some of the contributions of Foundry 42 Frankfurt to Star Citizen.

I’d like to take some time today to talk about the incredible tech that Frankfurt team has brought to Star Citizen. Before we even start, I want to emphasise the fact that my opinions are my own and do not necessarily reflect the opinions of everyone at The Relay. If I say something that you disagree with, then I ask that you do not take out your frustration on anybody but me. With that in mind, let’s begin! 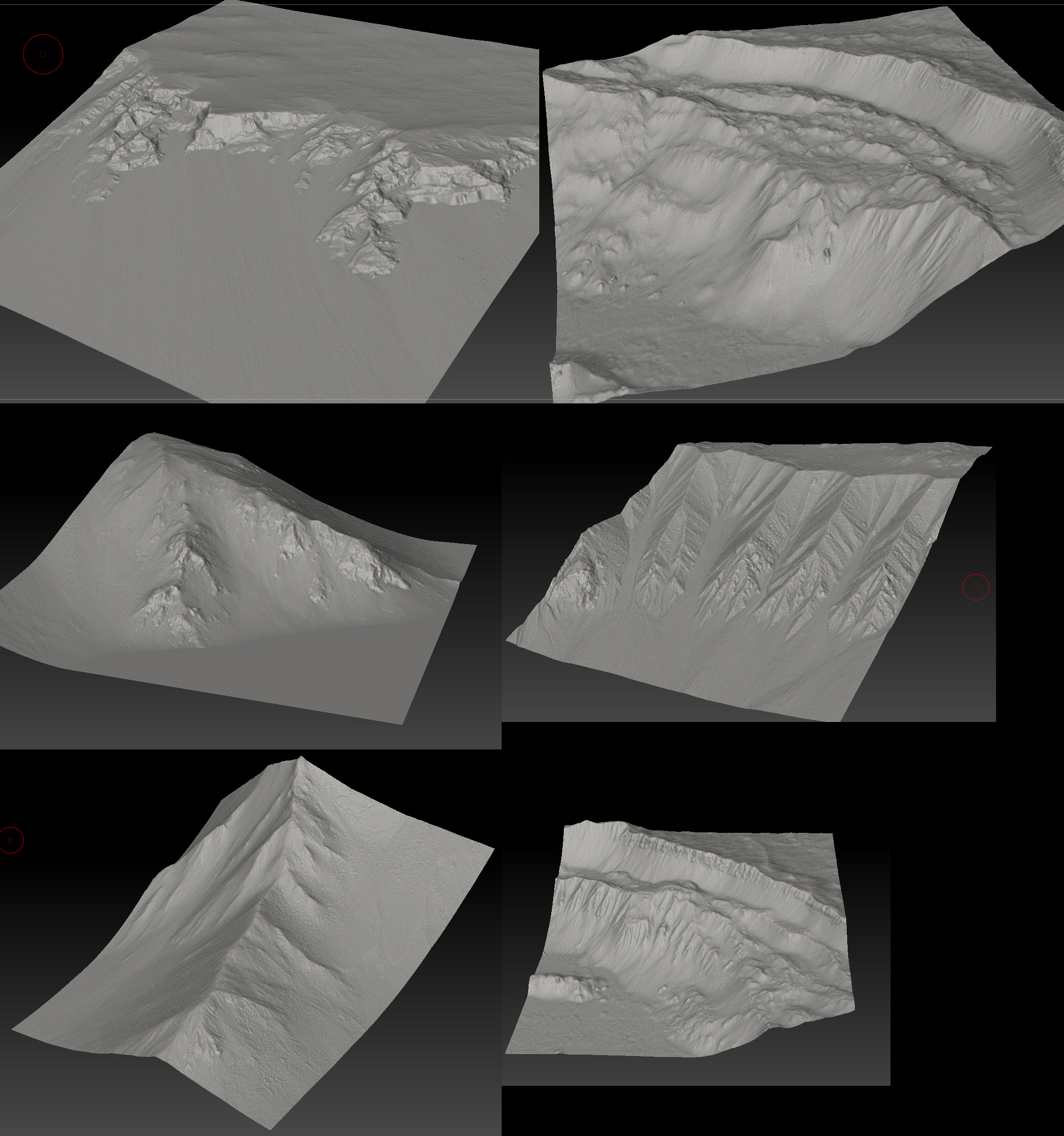 Ever since I was little, I always wanted to have one game that had infinite content. I wanted to be able to not just explore and always have different things to see, but also different things to do. Fast forward to today and now we’ve finally got as close as we’re likely to get to that. Star Citizen will provide us with procedurally generated missions – so you always have something to do – as well as procedurally generated planets – so you’ll always have something to explore. Some missions could be as simple as killing a target, while others could be as complex as raiding and taking over an entire space station. In terms of the generation of planets, we could see worlds as simple as an asteroid or as complex as the Earth.

The procedural generation technology for Star Citizen is a fairly recent development arising from CIG Frankfurt. Work reportedly began on it in September and by December they were ready to show a work-in-progress video:

This is not the first time Frankfurt has wowed us with their technical prowess. They’re also responsible for what makes the seemingly infinite universe possible. Specifically, the Large-World tech. Basically, it’s what allows the universe to be so big without any loading screens.

I’d wager that most of you don’t know exactly what this tech does or how it’s exactly used. It uses something called “64-bit floating point precision” which allows the individual levels to be many billions of meters in every direction. Just 1 billion meters is 621,371 miles, 1,000,000 kilometers, or 1 gigameter. The Earth’s sun is 1.393 gigameters in diameter. That means that if maps were only a single gigameter, the sun could almost fit in. Keep in mind that these levels are connected and that objects can exist in-between the invisible divide between two maps. The maps will load in and out as you seamlessly transition from one to another. That is all, suffice to say, very big.

Keep in mind that the Frankfurt office has not even been around a full year, yet if you were to look at all they’ve created so far, you’d think that they’ve been around since the beginning. What they’ve done is nothing short of incredible. They’ve created procedural tech that far surpases anything else of the same scale.

At the time of writing, Elite Dangerous only has its barren moons with little to no interesting sights. In terms of No Man’s Sky, it remains to be seen how much variation it’ll actually have in its planets and the graphical fidelity of the game is far inferior to Star Citizen. Star Citizen may currently have only shown off a single asteroid base, but that has more detail in the relatively small area we were shown than the entirety of anything we’ve seen on the moons in E:D. Most importantly perhaps, is that what we’ve seen is only the beginning.  CryEngine is capable of incredible landscapes, and the power to create them procedurally is a powerful tool.

If I may be so bold, it’s almost as if they wield the power of a God – creating worlds and everything within them on a whim. I am confident that the procedurally generated worlds we are seeing now and will see in the future will be without match for quite some time – perhaps similar to how long Crysis was virtually unmatched in terms of graphical fidelity. Funny how we’ve come full circle, with CryEngine once again leading the charge.

The level of detail in the planet we got to see in the trailer is mindboggling. Think about the absurdly large amount of assets CIG has at its disposal to create those landscapes. Now take into account that this is only a singular and relatively small asteroid base. Try to imagine a planet like Terra being generated using the same process but with even more assets to work with. Imagine a world that is almost as detailed as Earth itself. That right there is the level of detail I can picture being possible in this game.

This radically changes the way CIG will handle future planetary projects. One particularly intriguing aspect of this technology is the planetary atmospheres they have and will be able to create. You’ll have moons with little to no atmosphere and gas giants with incredibly thick atmospheres. Going back to Earth, imagine what it’ll be like seeing the northern lights from above. The possibilities for what they can do are pretty much endless, and that’s only a single aspect of planets.

Another aspect of all this is the fact that you will be able to go from space, fly into the atmosphere, approach a landing zone, manually land, and then get out your ship and explore without any loading screens at all. This is huge because this has never been successfully done before with such a level of detail. Games like Space Engineers, No Man’s Sky, and Elite Dangerous all have a simplified version of this, but none of these games go into the detail, especially the atmospheric simulation and the effects that reentry has on your ship.

With this tech still being relatively early in development, the horizons only continue to widen. I predict that the next time we see this being shown off, our minds will yet again be blown by whatever new wonders they have in store for us. This is just my personal speculation, but I think that a possible future feature that could come out of these malleable planets is the chance to colonise a planet and build a base from the ground up on it.

In conclusion, we have a lot to be thankful for from CIG Frankfurt. They’re responsible for some of the most incredible engine modification work I’ve ever seen. They took the CryEngine, which many employees of CIG Frankfurt originally worked on at Crytek, and made it into what is now called the Star Engine. They added the zone system which is responsible for seamless level transitions, the physics grids which allow multiple crew members to run around a ship while it’s travelling at quantum speed through the ‘verse, and are working on complete DirectX 12 integration, something that an extremely small number of games at the moment support.

The future is bright, fellow citizens. All we have to do is be patient and see where CIG takes us next.