Greetings fellow Citizens!  I wanted to share with you my current understanding of near-future Star Citizen releases. The impetus for this post was a question I got on the subreddit today about what CIG’s plans...

Greetings fellow Citizens!  I wanted to share with you my current understanding of near-future Star Citizen releases.

The impetus for this post was a question I got on the subreddit today about what CIG’s plans currently are for releases and whether we would still be getting the PU alpha before the end of the year.  My response was fairly lengthy and my colleagues asked that I share it with you folks, in an expanded fashion:

Plans are fluid! It’s definitely not going to be what they thought, but such is life.

Initially their plan for the PU alpha was to have 5 systems each with 1 landing zone.  Those were to be:

They have abandoned this idea for the initial PU alpha.

Their current plan is to completely build out one system (Stanton) to completion. It will be their “gold standard”. It will give them a lot of information and experience as to how long star systems take to build.  Stanton is a good starting point too because Stanton has 4 landing zones and will thus be among the bigger systems they need to build.

ArcCorp is essentially finished for all intents and purposes, at least the initial version – it will grow and expand over time as many of the landing zones will.  They are currently working on Microtech and then will also need Crusader and Hurston complete. These areas will be built much faster than you’ve seen in the past because all of the landing zones/planets in Stanton share a similar architecture. This means they can use their modular building set from ArcCorp to create the landing zones for the other three planets.  You can see their early work on that here: 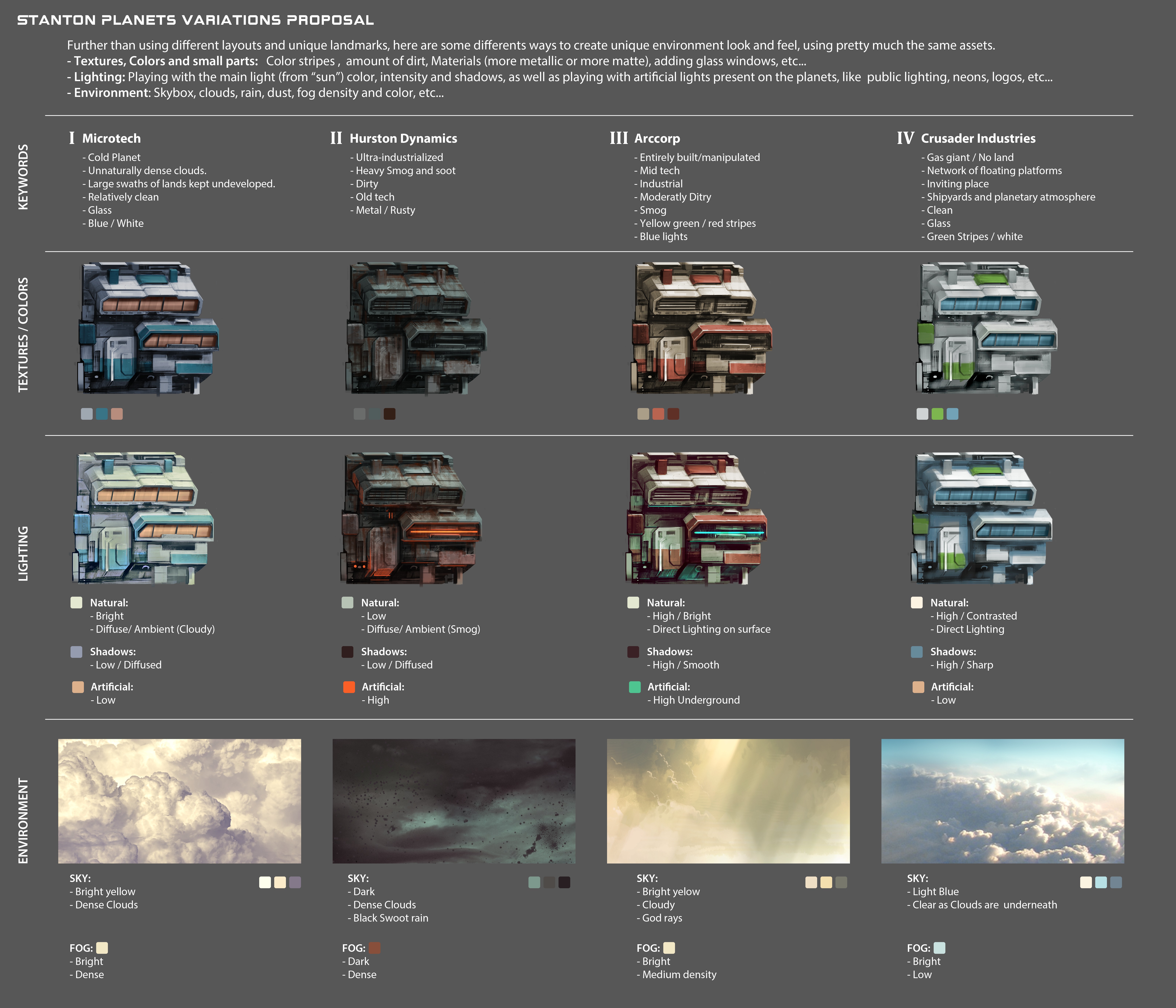 And here are concepts for Microtech: 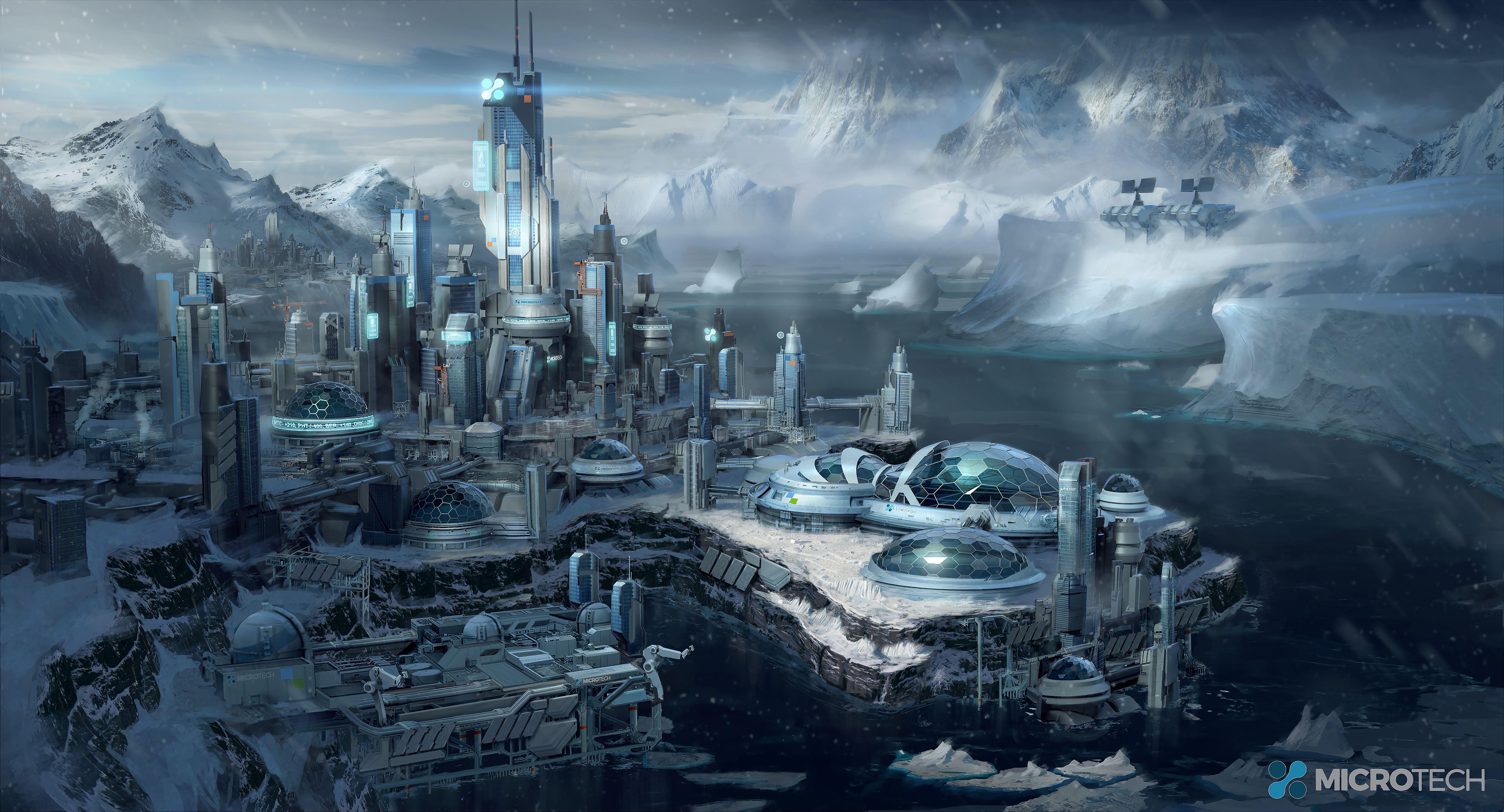 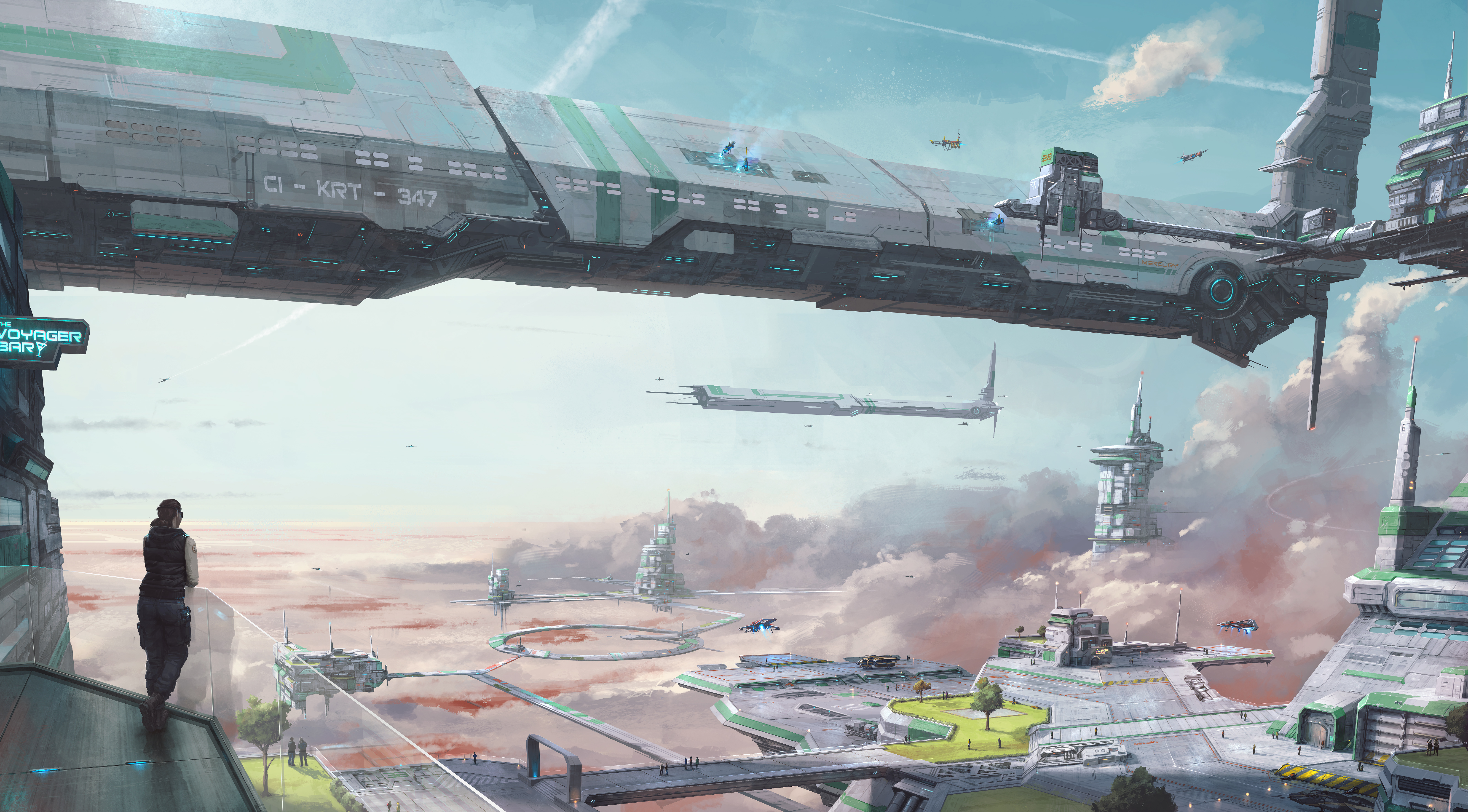 Unfortunately no concept images for Hurston have been released to date.

It should be noted that they do also have another landing zone nearing completion, which is Nyx -> Delamar -> Levski. It will be probably be accessible before the end of the year but, similar to Area18, it will be accessed via the hangar elevator for the time being. You should check out the preview of the landing zone… it’s spectacular:

Terra is a gigantic city so while they have been working on it for a long time, they will continue to work on it for quite some time. It sounds like they will focus more on getting smaller landing zones ready to completion first.  Here is an album of Terra concept art:

So, after the “Quantum” release of Social, they will work on connecting other systems to Stanton and building out to a “first five” that they had discussed previously.

In the interim they’re doing some other interesting things as well. To get this out of the way, Star Marine will be released sometime fairly soon. I expect Star Marine, and the first of the major Social module updates (part or all of the Persistence update), before CitizenCon on October 10th.

This brings to light an important event currently taking place.  Star Citizen’s code branched about 6 months ago to prepare for a release of Star Marine that never came to fruition due to technical issues with animations mostly.  This code branch is called 1.2 and was also where GIM (Generic Instance Manager) was put in place.  So, when it came time to release the Social module they had to release from the 1.2 branch because the GIM is required for multiplayer ArcCorp.

This also meant, however, that a lot of the improvements to the game that have been accomplished in the last 6 months are currently not utilized in the Social module.  Those improvements are in the GameDev branch of the Star Citizen code.

So, currently what is going on at CIG is The Great Code Merge of 2015!  CIG are working to integrate the 1.2 branch back into the GameDev branch so that all of the modules are exposed to the improvements that have been made (such as the zone system, large world, optimization, graphics improvements, and much more).

What does this mean for the backers?  Well, it means that shortly after the code merge is complete (latter half of September) there will likely be a Star Marine release as well as a significant update to the Social module.  I believe we will also see things like character animations unified across the entire game with the vastly improved animations that have been done for Star Marine.

After CitizenCon, watch for the release of Arena Commander 2.0 which will bring with it multicrew ships.

They have expanded the scope of AC 2.0 somewhat… not only will you have arenas for multicrew ship combat, there will also be a large world map that you can wander around in outside of the normal Arena Commander mechanics. That large world map is what Chris Roberts refers to as “baby PU”. They will be doing a lot of testing of mechanics for the persistent universe and squadron 42 in that map, so I would expect you’ll see careers debut there first (like mining and cargo) and it will be a sandbox for you to meet people, jump in their ship, and go adventuring around. The map will be populated by a variety of NPC enemies as well as other players to interact with. CR also mentioned there will be shops in the map once shops are a thing (Social module “Shops” update).  The Large World map will be the same one you saw in the Gamescom Multicrew Demo.  Chris Roberts has confirmed that the Large World map will NOT be a “real” place in the Star Citizen universe.  This essentially due to its role as a test bed (or test kitchen as CR says) for the rest of the game.

This is a very very lengthy way of saying that their “old” timeline is both pushed back and also not as relevant anymore, as they are going a slightly different direction than planned.

Rumour is that Squadron 42 Episode 1 will receive a release date at CitizenCon, and even if not we will know much more about it as Squadron 42 will be the focus of the event.

So, what will we get before the end of the year?

I’m fairly confident in saying that the above updates will arrive before the end of the year.  Tony Zurovec mentioned that he was targeting November or so for Subsumption.  He and Chris both also mentioned that they will be on a fairly regular update schedule for the next little while.  However, things can change and plans can be disrupted easily in game development.

It should also be noted that we are likely to see other significant updates to Arena Commander (like more flyable ships/maps/game modes) and Star Marine (especially the eventual addition of SATAball) but I’m completely uncertain as to the timeframe of those updates.

These updates have no specific timeframe other than they will come after Subsumption.

Thanks for reading!  Obviously this article is MY understanding of the current situation and although I pay close attention to all things Star Citizen, some things do escape my notice.

If you have any questions, feedback, or corrections please feel free to comment below!