Greetings Citizens!  I bring you another of my random musings - Star Citizen brought in $10 million in 2 months.

Obviously those who have followed Star Citizen for a long time know that this funding allows CIG to continue its work on building Star Citizen and Squadron 42 including expanding its offices and hiring more developers.

I think it likely that the community will be celebrating the $140 million milestone before the year's end.

Why would I make such a prediction?  Well, because the numbers bear it out.

If you look at the 2015 Anniversary and Holiday sales, accounting for the normal daily funding they brought in a total of roughly $7.8 million.

So, especially given the reasonable likelihood that we will see something of a Squadron 42 unveiling before year's end, I believe that the Star Citizen community will be raising a rum and eggnog before the New Year to toast $140 million dedicated to the most ambitious game ever created. 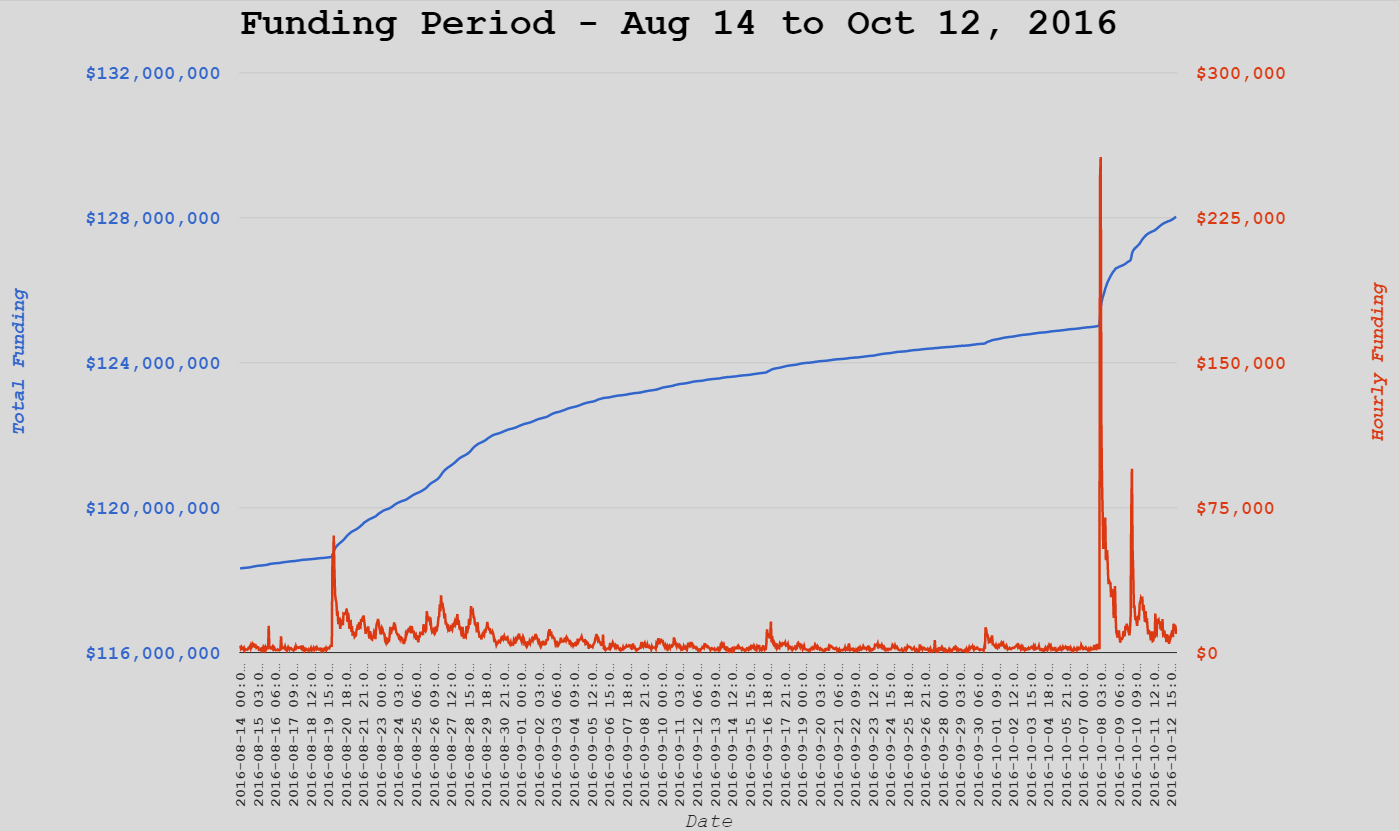 Star Citizen's hourly funding from August 14th to October 12th during which the game raised over $10 million.