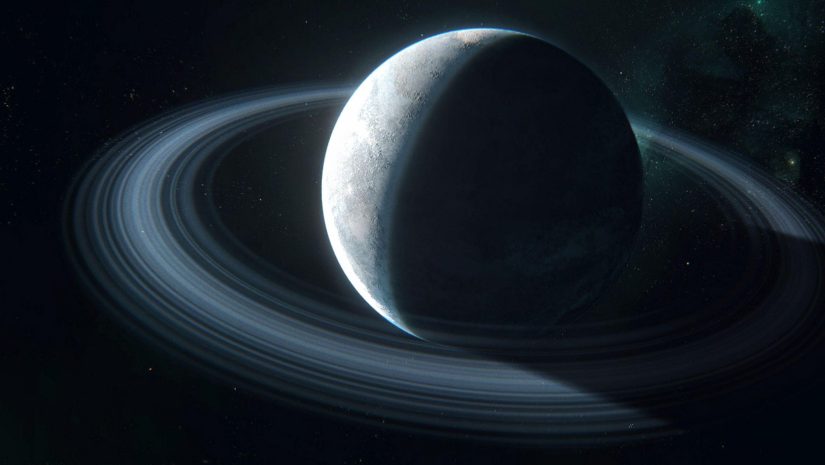 Is Star Citizen really only going to be a fraction of its originally planned size at launch?

But all is not as it seems.

This 8 x 8 km limitation for a given play area is present in most modern game engines - including CryEngine - and is the result of the use of 32-bit floating point numbers to describe the position of an object in the game world.  CIG modified their game engine to instead use 64-bit floating point numbers for this purpose which, believe it or not, expands the total play area to billions of kilometers in each direction - enough to build a star system inside.

Shortly after Tony Zurovec joined the project in May 2014, the plan was still for small playable areas on the surfaces of some worlds but for significantly more of them.  Let’s say at that point 1000 landing zones were planned, and that they were larger once the 64 bit floating point change was made to the game engine - let’s say 20 x 20 km (400 sq km).  At this point these were still going to be mostly artist-created areas and would take a long time… and really not be that large in the grand scheme of a game universe.  Lots of assumptions here, but a rough planned land area of 400,000 sq km seems about right.

In 2015, Marco Corbetta brought his expertise in procedural systems to Star Citizen, and he developed a prototype that rapidly thrust Star Citizen into the realm of procedurally-assisted creation of entire worlds.  This change would slow the process of building star systems; however, it vastly increased the depth of the universe by allowing the full exploration of almost all rocky worlds.

Stanton has 15 or so rocky worlds (planets + moons).  I estimate that Stanton alone has 162 million sq km of rocky world surface area.  This is heavily influenced by the fact that microTech, ArcCorp, and Hurston are all super-Earths (larger than Earth).

If we assume an average of 10 rocky worlds per system and that the average size of these worlds is ~1150 km diameter (slightly larger than Delamar), then we arrive at a figure of roughly 480 million sq km in 5 systems or 960 million sq km in 10 systems.  The surface area of the real-world Earth is 510 million sq km.

Keep in mind these estimates do not include space stations, landable asteroids, or floating cities like Crusader’s Orison.  However, they also do not account for the fact that a world like ArcCorp will not allow free roam of the players across its surface due to its entire surface being covered by city (Stanton’s playable surface area shrinks to about ~112 million sq km if you take out ArcCorp).  Additionally, these estimates are absolutely that - I don’t know what the distribution of different sized worlds will actually be, so I had to make an educated guess.

Star Citizen has made an interesting transition throughout its development.  Initially it was going to be a game almost solely played in space, due to the fact that land area was going to be quite limited and your play options in that area would also be limited.

At its current and projected state I would say it is much more balanced.  There is a ton of gameplay to be had in space, but every day they are adding more to the surface as they now have this massively expanded play area to utilize.

Big is good but Empty is bad

Having this gigantic play area is fantastic.  However, a large play area without enough content to keep the players engaged isn’t good game design.  This will remain a concern for many players until CIG can prove that such a concern is unwarranted.

I am cautiously optimistic based on what we’ve seen and heard of the plans for procedural worlds.  Varied biomes, outposts, bases, cities, and derelicts should all contribute significant gameplay, while the mining, science, research, exploration, and farming professions (among others) should all add their own content to these worlds as well.

If you let them build it, they will come

One of the keys to actually and properly filling that much playable area with content is to allow players to build their own bases/structures/homes/farms on the surfaces of planets.  This opportunity was identified early on by Chris Roberts and was elaborated upon by Erin Roberts recently in an interview by BoredGamerUK.  There are no estimations on when this content will come as it was not considered a priority until more recently.

I personally expect the addition of player-built assets to be accelerated somewhat in the long run as it would be an obvious way for the game universe to be filled out without CIG having to do it all themselves.

The ability to truly explore has long been a major expectation of Star Citizen.  The gigantic star systems and now the huge explorable area on the surfaces of worlds add up to a game universe so vast that you can actually have a true exploration experience.  From canyons, craters, jungles, and mountains to nebulae, asteroid belts, comets and black holes (to name just a few), there should be enough there to satisfy any explorer.

The second piece to this was how to reward exploration.  Exploration does have some inherent rewards but with ships needing fuel, insurance, and other upkeep, there must be some UEC available in this equation as well.  Obviously there could be some rewards to be found in ship derelicts, but the most important piece to this puzzle is the ability to sell data - sensor data and locations for mining and salvaging opportunities, scientific data from interesting phenomena, or the locations of undiscovered Jump Points.

One of my longstanding concerns for Star Citizen has been how one creates enough exploration content to ensure a true sense of discovery.  I feel that CIG has the foundation for their solution.

One of the aspects I feel is of great importance to the long term health of Star Citizen is for CIG to completely flesh out their star system pipeline before release.  Post-release the cadence for adding new star systems to the universe should be regular and as rapid as can be achieved while maintaining high quality.  We have seen what the ship pipeline has done to the timelines for completing ships; hopefully the star system pipeline can achieve similar results in the future.

Star Citizen will not feature 100 star systems at initial launch.  The number will be a much more conservative 5-10 systems.  However, I hope that I have properly portrayed that if the surfaces of these worlds are properly fleshed out, this was not truly a loss for the Star Citizen universe.

Thank you for reading!

If you’d like to see my calculations, check them out here: