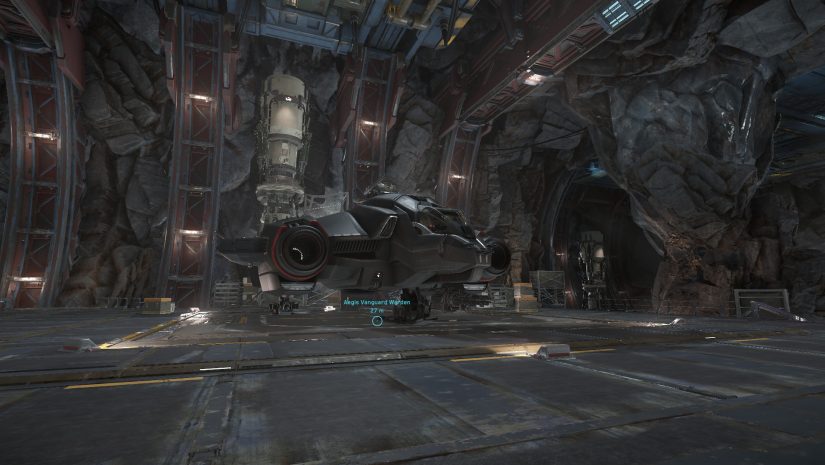 Hello Citizens! For those of you that don’t know, Star Citizen Alpha 2.0 has now launched to the PTU. The Relay has now had two days with the PTU, and, well, here are our experiences. I...

For those of you that don’t know, Star Citizen Alpha 2.0 has now launched to the PTU.

The Relay has now had two days with the PTU, and, well, here are our experiences.

I, David, will start. Sadly, I have not been able to get into 2.0 yet. I have had nothing but a bevy of various disconnects and errors any time I have tried to load in. What I do know is I’ve watched other people play, from Dolvak to random people on Twitch and YouTube. Here below is a great video of some Constellation gameplay:

So what can you do in 2.0 right now? From the information we’ve heard, there are 8 combat missions, 8 research missions, 1 exploration mission, 1 PVP mission, 20 random encounters, and more. You can load into a Constellation, Retaliator, or Cutlass as the initial multicrew ships, you can crew them, walk around inside them while they’re flying, and… You can fly. Basically, it looks really really good, and I can’t wait to actually be able to get in and fly around.

With me covered, let’s move on to CmdrCruisin’Tom:

‘My time in the 2.0 PTU has been short, but I was able to try out a couple things. I was unfortunately plagued with the server instability caused by the influx of new players coming in from the second wave. I only had a couple client crashes to black screen on the first couple times I attempted to log in. Most of the times I was unable to get in were timeouts, servers being full, and various other disconnections on the server side.

However, when I did get in, let me tell you guys something. The previews we’ve gotten from Gamescom and CitizenCon do not even come close to doing Crusader justice. The level of detail in the station is up to par with the majority of ArcCorp. I felt a sense of vertigo looking down from the landing pad and seeing another kilometer of Olisar’s girth staring at me, almost like looking up at a skyscraper. The fact that I was sharing this experience with a few people next to me made it even more incredible. That MMO feel that you get from ArcCorp is ever present here. I wasn’t able to last long enough in the PTU to do any missions, as the disconnects were rampant. But I caught a funny moment, which you can see below. And for a while I just EVA’d into the black, admiring the technical feat CIG has accomplished here. I have no doubt that once this is stable in the live release coming soon this will replace Fallout as my bingeing game. Because at long last, this is Star Citizen, folks. This is what we’ve been waiting for.

And last but not least, Dolvak:

‘The current build of the PTU is not playable for me. I crash after about 5 minutes no matter what. Same thing happened with the social module so it seems par for the course. That said the skybox is really pretty. If the social module release is anything to go by then everything should be fixed within a week.’

And now, on to answering some of the questions we’ve been asked. Keep in mind, due to server instability there’s a lot we’ve been unable to test. Once we get in and the game is more stable, we will perform more thorough analyses.

How bad is ramming currently?
We’ve had no issues with being rammed, but we haven’t spent much time in-game yet.

Are the other struts of port Olisar accessible? And are there AI ships moving around as well? Does precision mode help landing feel more smooth? How does the Aurora fly now?
Not sure how the Aurora flies now, but the struts of Port Olisar are (as far as we’ve been able to determine) not yet accessible. And there are AI ships moving around; pirates and security forces that we’ve been able to see, at least.

Loaner ship for Sabre/Freelancer/ Vanguard/etc. Owners?
Probably Constellations for any larger multicrew ships like the Freelancer and Vanguard, and probably a Super Hornet for the Sabre. Unfortunately, in the PTU there are no loaner ships. You can only fly with the ships you currently own.

Has single seater ships UI/HUD been updated ?
Many of the ships UI’s seem to have been updated. I’ve been unable to test each one to see, but the Connie UI is all new, as are the Avenger and Cutlass UI’s.

Is it fun right now?
If you can get in, and play for some time, then yes. Unfortunately the instability makes that almost impossible, so for the most part, no, it’s not fun right now. But that’s not what the PTU is for anyway; it’s for testing, not having fun.

My question, how stable do the servers seem? Lot of disconnects or fairly consistent?
The servers are not at all stable currently.

Can you EVA across the entire map, and how long does it take? ;)
Longer than you can stay connected for ; )

The Cutlass. How is it compared to 1.3?
New UI. According to Mr. White, who owns a Cutlass, it feels faster and more manoeuvrable, but most importantly, it doesn’t nuke his game’s performance.

What are the effects of flying a single-seat craft into a structure
It seems as if you simply fade to black as your ship gets destroyed, then wake up in your bed to try it all over again.

Can we see the Vanguard in-hangar, please? :)
See the image above : )

For those of you interested in ship speeds, SlothlyRage over on Reddit put together a collection of the ship speeds as they are currently in 2.0, and you should check it out. Interesting to note the addition of the ‘afterburner’; ships can now accelerate beyond their top speeds.

And that’s all for now folks. As we start getting into the PTU more as it becomes more stable, we’ll be sure to keep updating you, and answering more questions.

See you in the ‘Verse!