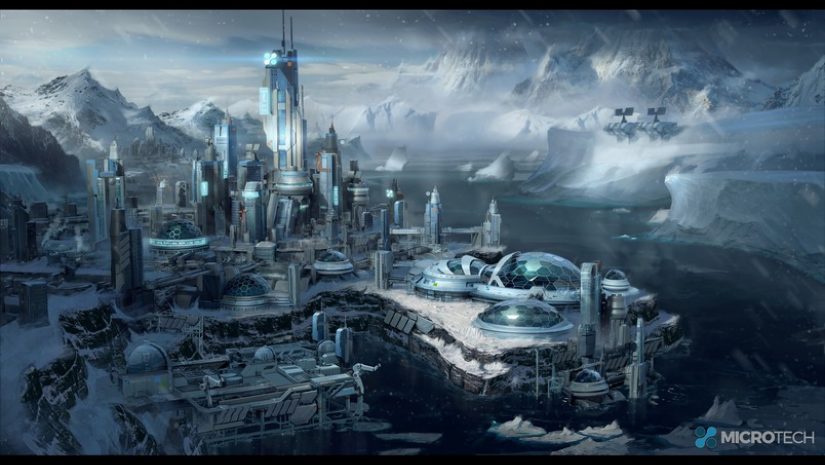 Citizens and civilians, pirates and prisoners, merchants and miners, spys and saboteurs… gather one and all for this momentous occasion!  Social module is launched.  Learn more about its future here! Social Module Launched!  And the...

Citizens and civilians, pirates and prisoners, merchants and miners, spys and saboteurs… gather one and all for this momentous occasion!  Social module is launched.  Learn more about its future here!

Social Module Launched!  And the future…

This evening the hard working team at CIG launched the Social module!

Check here for previous coverage on The Relay of that!

Essentially you can now, in your hangar, go to the elevator and ascend to the surface of the planet ArcCorp.  You will be in the first landing zone in Star Citizen known as Area 18.  Currently you can only access about 1/3 of it but it’s pretty damn cool.  Some additional tidbits are that you can change your armour loadout in the hangar by hitting F6 and you will appear that way in ArcCorp.  You can activate Augmented Reality mode, the first major part of the mobiGlas experience, by hitting F2.

In ArcCorp you can mess around with up to 24 other players and chat with them on the newly implemented chat system.  There are also a range of emotes you can use to express yourself… or just dance!

ArcCorp and the Social module are pretty barebones right now.  The purpose of this release is to lay the foundation for what’s to come…

The Persistent Universe (Social module is the first step into the PU) will see a more frequent release schedule.  To save developer time, these releases will not always be huge gains for gameplay but will test core game systems that need testing.  You will often see features appear abruptly and not be fully utilized until later.

Currently in the process of merging the code branches back into GameDev to expose the modules to a lot of advancements that have been made in the main game development branch.

Here is a breakdown of some of the upcoming updates:

Tony signs off with a series of statements I couldn’t possibly do justice… so I won’t try:

Final Frontier will follow and enable you and your friends to accept some simple missions while planetside and then head out into space together to accomplish them. Quantum will unveil the full-blown solar system navigation map and allow easy access to any part of the current system, including cities on three other Stanton planets: Hurston, Microtech, and Crusader.

More details will be provided on these updates as they get closer, but that’s the basic roadmap for the near future. In between the major releases it’s quite possible that you’ll see smaller revisions since delivering content becomes far easier as more and more of the underlying foundation comes online. While there’s still a tremendous amount of work to do, the clouds are finally starting to part and the stars are coming into view….