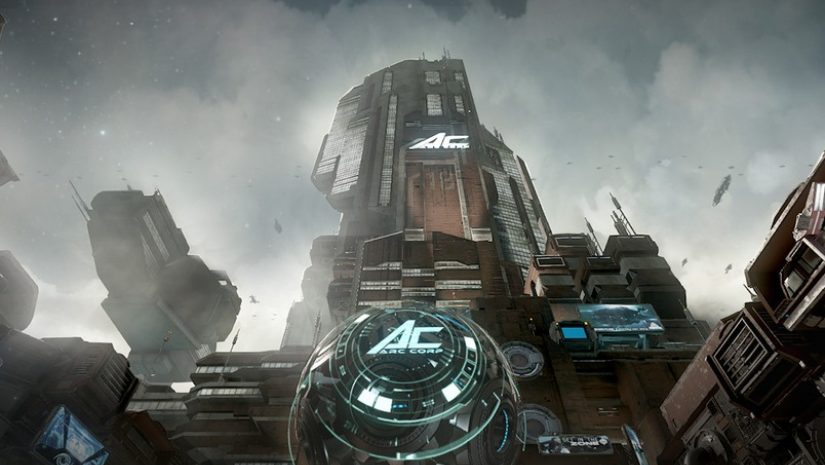 Hello Citizens! Late Tuesday night, Social Module went to PTU. After a day, several members of The Relay have had time to take a look through the PTU. Here are their impressions! Impressions Dolvak: This...

Late Tuesday night, Social Module went to PTU. After a day, several members of The Relay have had time to take a look through the PTU. Here are their impressions!

This version of ArcCorp is very bare bones. It’s cool to look around and the map has clearly had a ton of work put into it. While this is all great and I enjoyed walking around and exploring I think that CIG hitting the nail on the head in terms of release dates is very important. Let’s be honest; CIG and release dates don’t mix. It’s great to see them get a handle on things and push something out well before the end of the month.

The thing I was impressed with the most were the ambient ships. I stared at them for quite a bit and I am pretty sure they are randomized. I could not find a pattern in the flow.

I did, however, have a few small letdowns. Let me be clear, SMALL letdowns. For some reason the liquor bottles in the storefront had very low res textures and I found this strange because the in hangar liquor cabinet has much higher poly and higher res models. To quote CR “fidelity”. I think this is going to change and I actually suspect said bottles were using their low LOD models for some reason or another. Enough about the negative though.

On a final note, I found the first iteration of MobiGlas to be pretty cool. All the current social features work well, the VR item descriptions look really solid and are implemented really well. The chat window also is pretty slick. I am sure it is going to change but I would have no problems if it launched with the current iteration.

Let me take a second to apologize for any and all gushing that you’re about to read. I’ll make an attempt to contain myself as much as I can.

I loaded in from the hangar elevator very quickly, and I walked around ArcCorp for a solid half hour or so, giving myself a tour of a place that at this point has become so familiar to me from all the previews. It felt much bigger than I imagined. I could see quite a few pathways to areas that weren’t quite finished yet, stores that haven’t been opened, and landing pads with ships that awaited their pilots (though some managed to get over to them!) Parts of mobiGlas were inaccessible, some tooltips weren’t in place, and the social features were barebones at best, with a global chat and a few emotes.

All of that being said, even with all of the obvious things missing from Area 18…this is Star Citizen. When those doors first opened and I saw the spherical monument in the common area for the first time with my own eyes, surrounded by real players, I heard myself gasp in wonder. A Delta flew low over the bridge near the center of the plaza, engines roaring, and I got goosebumps. Seeing the incredible attention to detail in everything, from the steam to the water, from the granite floors to the garbage cans, it was incredible. The scale of the buildings was immense, and you can see for miles and miles thanks to LODs. I lost myself in it for a while, feeling like I was walking around Coruscant from Star Wars.

There’s such a long way to go, still. The area is relatively small, and while the 30ish players in the instance with me gave it life, NPCs were sorely lacking. But I can only applaud the long awaited release from CIG Austin. It solicited an emotional response I wasn’t expecting. This along with the recent preview of multicrew reinvigorated my enthusiasm for Chris Roberts’ vision. And today I can say I played Star Citizen, truly,

At the same time, over on Reddit, we asked people for questions about the social module. Here below are their questions, and The Relay’s answers.

Wow.  I’ve seen ArcCorp.  I know it’s unfinished and not even everything they’ve done so far but it’s pretty damn cool.  There are lots of issues still to be worked out, things to improve… but it’s a really cool bit of progression on our universe.

I love the Augmented Reality display for mobiGlas.  It’s slick and going to be beautiful.  Having the manufacturer’s logos in there is a nice touch.  My feedback on AR for mobiGlas is that the panel of text that pops up when you hover over an item should be relative to the position of the player character’s head.  Currently it just points straight outward so if you are looking at something on a bottom shelf you need to crouch down to read it, but if it tilted up it would be great!

The environment is already quite good… back alleys feel foreboding and the G-Loc Bar seems fun.  Ship commercial audio plays in Astro Armada (although I think there should be a big video screen also playing the video for the commercial simultaneously).

The ambient ship traffic is really cool and definitely adds a lot to the environment.  The sky itself is very static and I assume will change in the future.

Whoever did the plants in ArcCorp did a great job, they look really good – especially for such an early stage.

Cubby Blast is great because it’s a neat little weapons store but also because you get to test out your mobiGlas AR a lot in there.

I would like to sum up that it was a great experience and a great indicator as to what we can expect from the future… I look forward to exploring ArcCorp more in the coming days and for all of the myriad of features that will be added over the coming months.

Big thanks to CIG Austin for getting this out the door to us on time (or even a tad early)!

How fleshed out is the augmented reality shopping stuff in Cubby Blast? Same as what we saw in the gamescom social demo? Is AR working anywhere else?

As far as I can tell it’s exactly the same as the gamescom demo. It is also working in the Medical Center with some of the items on display there. While I believe this was part of the Gamescom demo each Item has a slick little description that pops up when you look at it and was unreadable on the stream.

Did you manage to find out how access was given? Was it given to active accounts scattered across the world to get results? Or was it closer to the servers? Or was it just done by citizen number or random or something?

So CIG said that they planned to do something with regions and picking those far away from data centers for testing however a bunch of people in RSI chat got in around 3 am. My guess is they wanted another burst of people and picked those who were around at the moment and since we are pretty much in chat 24/7 for dev chat we got in.

How is performance? Chugging along or surprisingly smooth?

Performance, while not the best is very similar to the hangar. I pull a solid 30 fps on a 780ti @ 1080p with a game that seems full of players. Occasional drops and one strange drop to ~7 fps while walking over a bridge. Other than that pretty solid for something this early.

CCT: I run a GTX980 and I was getting around 60fps on High settings. I got a couple framerate chugs here and there, and one crash, but other than that smooth as butter.

Are there ships in the sky? just like in the demo maybe somewhere an Idris?

Yes there are. I just went and stared at the sky for 10 minutes for you. No idris. Nothing bigger than a freelancer as far as I can tell. Only saw one connie. It’s mostly single seaters.

Were you able to grab anything with grabby hands? Beer cans, female NPC butts, weapons, etc.?

No, Grabby hands is not implemented and neither is all the work done with the FPS module. This is simply the map and networking.

There are rumors of an unnamed ship visible from one of the windows. Is this just trolling or super sneaky concept announcement?

As far as I can tell it’s just trolling. The only ships that are not flying around the city are a Connie, a freelancer (that you can glitch through the window to get to) and a m50 in the show room. (and a torn apart hornet but I don’t count that)

If you just go through a door into ArcCorp how would you enter the same instance as your friends? I usually do game nights with about 10 friends on TS.

I have no idea but I suspect the GIM is the solution to this. I can’t tell if it’s working right now because none of my friends are in to test this. Currently no way to select your instance but in a perfect world it would go from your friend list (What the GIM will do in the finished PU)

Is there a day/night cycle?

Not as far as I can tell. Technically we are still inside of the first day if it’s a 24 hour cycle so we will know soon but I think we would have seen that at Gamescom if it was the case.

Can you interact with NPCs?

Can you take the buggy into elevator and drive around ArcCorp?

Nope, impossible since you have to interact with the elevator panel and can’t do it from the Greycat.

Is it extremely graphically intensive? Should I be scared for my gpu?