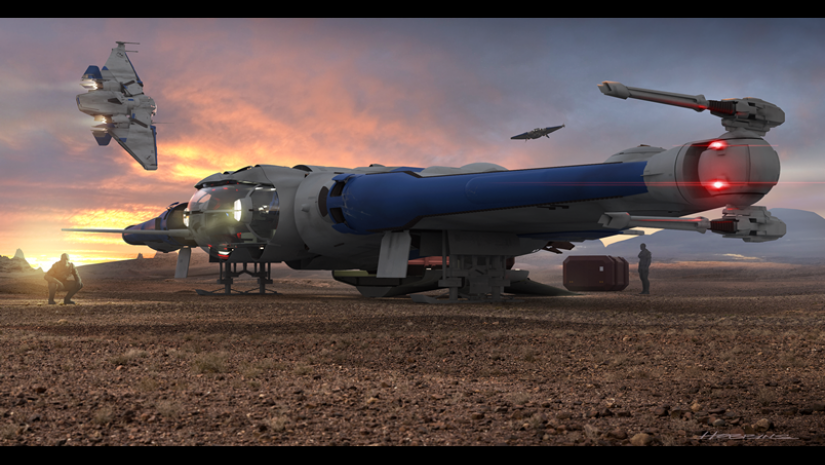 Greetings Citizens!  Time for part 2 of the Reliant Q&A!

This edition of the Reliant Q&A features two more lore pieces and 14 questions from fans answered!

The main things I learned from this Q&A is that there is still a lot of information to come on this ship as it gets closer to being flight-ready, particularly on the variants and how the Xi’An tech works.

Here is my favourite of the two lore pieces:

“We had serious problems integrating some of the Xi’an tech. I’m not at liberty to tell you exactly what we purchased, but to get the point across we asked our contact on Rihlah for one of their surge suppressors… and what we got seemed more like a gooey silicone stomach. We couldn’t even figure out where it was supposed to plug in on the Khartu we were working from! In fact, the boys in R&D are still trying to figure it out. Suffice it to say, the Reliant ships with some pretty cool tech… but it has a traditional human capacitor.”

And here are my favourite answers:

The turret we see in the concepts is an optional piece of equipment (Reverse the Verse) is the plan to have it ready for when the Reliant itself is hangar/flight ready?

Yes, while it won’t be included with the stock Reliant, we’re planning to have both the standard S2 (with installed Tractor Beam) and twin-S1 versions of the Turret available when the ship is flyable.

What role do you foresee for the ‘News Van’ variant? Can it be used in a recon role for live updates?

Yes, recon and reporting. The goal is to let the filming teams get the best picture from the safest distance possible. It won’t be as potent as something like a Herald in terms of how many systems out it can directly broadcast, but it’ll definitely be able to spread the word.

Will the “base concept model” be capable of switching or loading various modules so that it can change mission variants?

It’s going to have some flexibility with loadouts, but even inside its own variants, there’s going to be limits to what you can setup. The base-model and combat variant will be more interchangeable with each other, and the research and news van comparable to each other. It won’t just be different parts on the same hull though.

In one of the pictures there is a silhouette that suggests that the Reliant’s wings can fold upward while the ship is landed, perhaps to save space. Is this indeed part of the design, and, if so, will the Reliant be able to land in the same cross-sectional area as an Aurora or Mustang?

The folded wings are more when the ship is stored for distance-transport. It should sit in a similar amount of space to an Aurora or Mustang, but would take some extra time to become flight-ready compared to a Reliant with the wings unfolded.