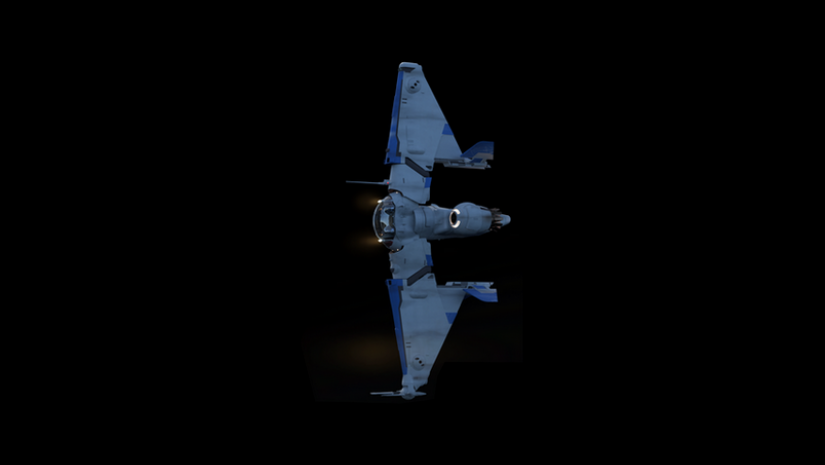 Greetings fellow Citizens!  Check here for part 1 of the two-part MISC Reliant Q&amp;A. Reliant Q&amp;A – Part 1 Anyone else excited for this little ship?  I am a proud owner of a Reliant… given...

Anyone else excited for this little ship?  I am a proud owner of a Reliant… given to me as a gift by a friend before I could snatch one up myself!  I love the depth of gameplay options with this starter ship, with significant versatility in terms of role and the ability to fly with a friend remotely manning the turret on the wing.  Also,  for us at The Relay… the idea of having a News Van variant is more than we could have ever hoped for.  It’s likely The Relay will have a fleet of Heralds and Reliants in the ‘Verse to bring the news to you!

Moving along, part 1 of the Q&A features 2 lore pieces and answers to 15 questions from fans.  This is my favourite of the lore pieces:

“One thing people don’t appreciate about the Reliant is how dead on the name is. This is a ship that can take serious punishment and keep on flying. During one of the CTX-3 [first manned Reliant prototype] flights, I managed to snap half a wing off in a collision. Klaxons sounded, red lights flashing… my nav readouts went dead for half a second, until the redundancies switched on. Fly by wire was pretty much a lost cause, but with some careful manual thruster taps I managed to make it back home in one piece (minus a wing.) This is a ship that’ll keep your butt safe.”

And these are my favourite answers from Matt Sherman, Designer:

What will the second players duties be other than manning weapons? Why will it better to run this ship with two players rather than solo?

Turret-controls – If all the weapons are slaved to the pilot, you really lose out on the massive coverage arcs the wing-tip Omni-Orb turret offers the ship. So whether in combat, working scanners, or working as a news-reporter, every variant was planned from the ground up to have dedicated second-seat gameplay available.

Is there any practical benefit envisioned / planned for the transformation from horizontal to vertical orientation? What would be the advantage over simply staying in one orientation at all times?

Yes, the plan right now is that the Vertical-configuration will be the ideal combat and maneuverability mode of flight because of a better spread of the thrusters. The Horizontal configuration won’t handle as well, but will have an improved top-speed over the Vertical mode.

Is the gimble ‘Tractor Beam’ Hardpoint, a hardpoint that can switch out weapons for tractors beams, or a gimble mount with a built in tractor beam that also mounts weapons?

The Tractor Beam mount is the Wing-Tip turret. When the Reliant becomes flight-ready for Arena Commander, that turret will come stock with a Tractor Beam installed, but the tractor beam can be removed and swapped with a size 2 weapon. Whether there will be more than one turret option (e.g. two size 1 weapons, or one size 2 weapon), or other some configuration will depend on iterations to the hardpoint system and asset creation between now and then.

Visibility issue: can you make the floor retractable? Otherwise there is no visibility on the right side when vertical.

Yes, we’re already looking at that floor panel. When the detailed specs for the Reliant started shaping up, and aMASSIVE, best-in-class viewing angle for both seats was a major part of that planning. Xi’an-inspired glasswork at its finest.

You can win one of two MISC Reliants, or one of the other 58 prizes in The Relay/The Base giveaway ending on Friday, May 29th.  More information here: