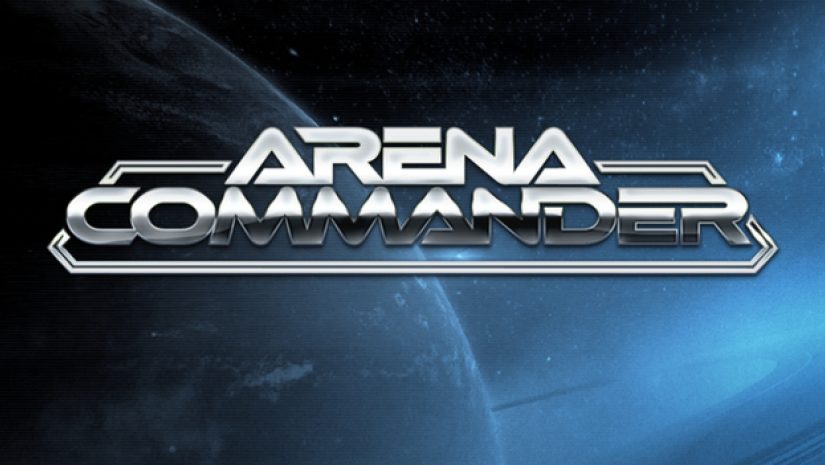 Rental Equipment Credits (REC) – A Post-Op Written Tuesday 14th of April 2015 at 07:51am by JakeAcappella

Hello ‘Verse! CCT here!  Recently I took some time to record my thoughts on REC. On March 20th, 2015, the first major content update since Arena Commander 1.0 was released. Star Citizen 1.1 added quite...

Hello ‘Verse! CCT here!  Recently I took some time to record my thoughts on REC.

On March 20th, 2015, the first major content update since Arena Commander 1.0 was released. Star Citizen 1.1 added quite a few features, including the flyable Gladius, the hangar-ready Retaliator, multi-player free flight mode, and the partial conversion of Star Citizen to 64-bit. But one of the biggest things included with this update is the installation of the Rental Equipment Credit system, or REC. I spent a lot of time with Arena Commander recently to get a feel for how the system works, though this article is a little late due to the extensive server issues that Cloud Imperium has been having. Here’s a brief overview of the system, as well as my thoughts on it.

REC is a virtual currency earned by players in the simulation portions of Star Citizen, whether that be dogfighting or racing in Arena Commander, blasting things in the upcoming FPS module, Star Marine, or possibly future modes that CIG has not announced. These credits can be used to rent all flyable ships, weapons, shield generators, and ship modifications from the Electronic Access store on the RSI website in the form of ROMs that can be loaded into the simpod. CIG has also announced that the REC system will be in place for FPS items as well when it releases. As of the time of this writing, REC can be earned in Battle Royale, Squadron Battle, Murray Cup racing, and Cooperative Vanduul Swarm.

An item purchased with REC can be used for seven 24-hour periods, stored as “day tokens” . The timer begins when you load into your first Arena Commander match, and ends 24 hours later. These do not have to be used consecutively, and do not expire if not activated. REC price is determined by taking the UEC price and dividing by ten. Also, you can renew an REC rental at a discount.

For a more in-depth look at the system, check out the original Design Post and REC FAQ, as well a video with further elaboration on the system by Travis Day and Calix Reneau:

The REC system has caused quite a bit of uproar in the community. Ever since the original design post was released, people have taken sides as to whether this system is a good thing. Some of the community wanted permanent unlocks inside Arena Commander, being able to eventually earn all of the ships. They claimed that the rental system has only done poorly in other games, such as the failed action-MMO APB, and that Star Citizen was going to risk going in that direction. However, the majority of the initial controversy came from the specifics of the system itself.

Initially, the reactions came from the proposed rate at which REC is earned. The amount of “grind” that was necessary just to be able to afford weapons, let alone ships, was estimated to be very high in some people’s eyes. Another complaint was that, since this system was perceived to be an answer to the outcries of “pay to win”, this simply did not address that. The option was still open to purchase the ship outright, and there for bypassing any sort of effort it would take to earn it. The biggest complaint, however, was the “7 days” stipulation in the design document. Many people do not have an extensive amount of time to play Arena Commander, and initially people had the impression that the rental would last one week, beginning with the first log in. Overall, with all of these complaints, the reaction to the proposed system was for the most part a negative one.

This loud outcry made it all the way to Chris Roberts’ office, and during the weekend following the initial post, he submitted some updates that eased quite a few minds, clarifying that the “7 days” meant seven log-ins. However, many people still do not like the system, as the “pay to win” mentality is still present in discussions on reddit, and the mere mention of the REC system produces extremely heated debate.

When I finally got my hands on REC, I was pleasantly surprised. I play mostly Vanduul Swarm, and I fly my loaner F7C Hornet. My first match that the matchmaker placed me in, I flew with two other hornets and a 325a. We did very well, getting to the final round then dying horribly, which is usually how well I do. The match lasted 30 minutes and 23 seconds, and I scored 66434 points. I recieved 8315 REC for this. My subsequent matches got me between 5000 and 7000.

This is quite a bit of REC, almost enough to rent a Gladius. Asking around the Internet, people had similar experience with it. Vanduul Swarm seemed to net the second most amount of REC for time committed, with racing taking the lead. I’m not a good racer, but some lovely redditors helped me out. On the easiest race track, people have been getting around 1500 to 2000 REC, finishing the race in about four minutes. Which if you are able to do about six races an hour, allowing for load times, gives you around 18000 REC an hour. Enough to land you a Hornet Tracker. The PVP modes dole out a lot less REC if you do poorly, which I did.

I used my REC to rent a set of ballistic weapons. I picked out the size 2 Tarantulas, 900 REC each. They are great weapons, and helped me get another 5000 REC in a Vanduul swarm match. I took a look and I was able to immediately pick up seven more 24 hour tokens for them at 720 REC each, so the discount for renewal is twenty percent.

The only thing I find myself really wanting from the system as it stands is the ability to rent and renew items inside the game, such as from the holotable or something similar. I imagine this will be implemented when mobiGlas is added, however, or when the holotable is reworked in the near future.

I think that, with refinement, the REC system will do very well, and people will come around to it. As I am writing this, patch 1.1.1 is being implemented, which will bring with it significant reduction to how much REC is earned. The community did not take this well, however I think this is a good thing. The amount of REC earned in 1.1.0 was definitely too much. They should make it easy to rent weapons but a bit of a stretch to pick up a ship, especially some of the more expensive, combat-oriented ships. The swing of the balance pendulum might be a bit much in this case, but it’s all part of the process. CIG will iterate with REC, as they do with all game systems, until it is balanced.

The amount of vitriol that has come out of the community is a tad overboard. A lot of the criticisms, while sound arguments, tend to be rather inflammatory in nature. The developers definitely read what we say on reddit and in the forums, as REC, multiplayer free flight, and the recent change of version designations show. They listen to what we have to say, and refine it as necessary. Which is likely why we got so much REC per match when it launched. The REC system is brand new off the presses, and it is not perfect by any means. However, as with everything else CIG makes, it’s a long process of balancing and refining until it’s near perfect, so until then, let’s hop in a match or two and blow some people up in our rented ships.