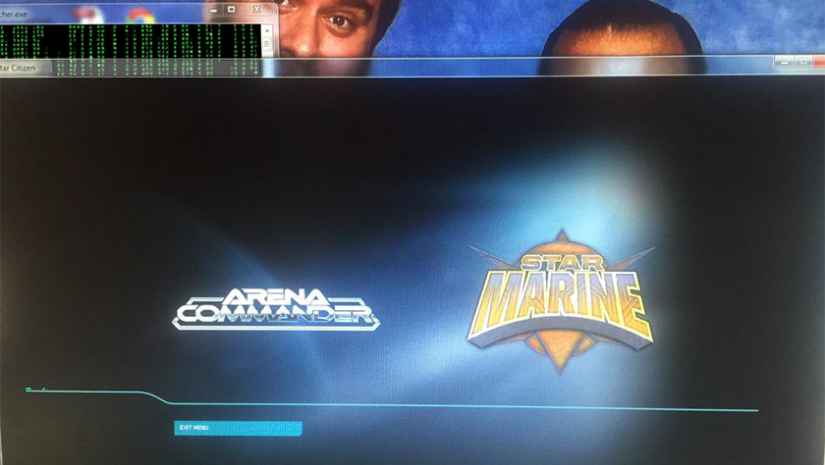 An open letter to CIG: Stolen property edition Written Monday 25th of May 2015 at 06:46am by Wolf Larsen

CIG, I have a confession to make. Friday night when I first learned there was a link to download brand new Star Citizen content, the crazy, impulsive kid in me took over for a second...

CIG, I have a confession to make. Friday night when I first learned there was a link to download brand new Star Citizen content, the crazy, impulsive kid in me took over for a second. As I clicked that link a dozen excited thoughts crossed my mind: I didn’t want to be left out. I didn’t want to miss the opportunity to be one of the first to join my friends in Star Marine, if that was in fact what was suddenly possible. I thought…Maybe this leak was intentional! Just a big marketing ploy to generate more excitement…And I didn’t want to be the last one to see…

But then another thought flashed through my mind. Something deep in the recesses of a memory about the Computer Fraud and Abuse Act. Something about intentionally accessing a computer without authorization across state lines…And federal crimes. A sudden fear seized my heart as the download completed and I saw a file named ‘_LauncherInfo’ in my downloads folder. Well, I thought, that’s where this ends. Hopefully I haven’t already violated the law, or the terms of my agreement with CIG. In the next moment I deleted that file and moved on with my weekend plans.

Within moments reports surfaced that the link no longer worked, and then a note from someone at CIG surfaced on the Star Citizen subreddit. The note contained a simple appeal to the better nature of the community: Please don’t share what you’ve downloaded. No mention that anyone who accessed that server without permission was clearly breaking the law. Nothing about the fact that all our IP addresses are obviously stored on the server we illegally accessed. No threats at all. Just a simple request: Please don’t share.

Unfortunately, we all know what’s happened since then.

But as the stolen intellectual property began to surface another thing has happened: Once again we find the community divided. On the one hand we have the ‘spoilers’ and on the other, those who would prefer none of this was going on, for a variety of reasons. And, as is so often the case in polarizing situations, there are many in between.

Ironically, another sad thing happened: Many in the community of spoilers seem to feel very entitled to the leak. They often react quite angrily when confronted about their participation in sharing the stolen content, as is evidenced in the following sub I found on the Star Citizen subreddit:

People complaining about leaked information.
Need to get a grip, seriously. If you don’t want to see information/pictures of leaked assets when the threads are already tagged with “leaked” or “SPOILERS” then don’t fucking go in. I keep seeing a flurry of people complaining that people in this sub using leaked assets is going to somehow ruin the game or fuck up the schedule which is simply insane. This subreddit isn’t CIG’s platform it’s OURS for new information and to see new assets that we can get our hands on, they should have ZERO control over what gets approved and upvoted here. Data mining happens in basically every big game that’s out there now and with the amount of hype behind this game SC will be no different.

Consider the irony here, because it works on so many levels. These are the words of someone who is outraged at those who disapprove of the distribution of stolen property by appealing to the reader’s sensibilities about whether or not the owner of the stolen property should have any say in how it’s distributed after the fact. When pressed on the warped logic around this mentality, the reactions range from arguing semantics to blaming CIG for not having strong enough security.

The truth is, I genuinely believe many people don’t realize CIG has been the victim of a crime. I also believe it is unlikely CIG will pursue a legal recourse in this situation, but the interesting fact of the matter is the Feds can make a case out of CFAA violations even if the victim doesn’t cooperate. My hope is, having failed at appealing to the spoilers’ better nature, a sense of self-preservation will kick in, and people will stop sharing, hosting, or publishing those files in any way. There are serious consequences for property theft and violations of the CFAA. Consequences including prison time…And we’re not talking about the white collar resort prison…