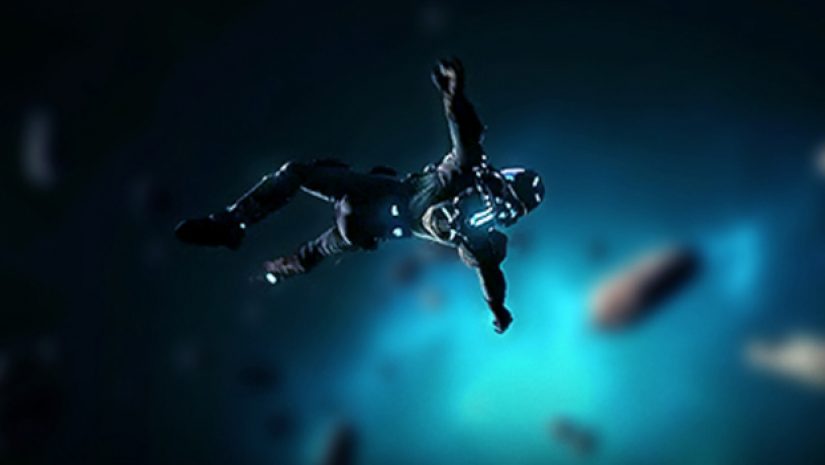 Of the discussion about Star Citizen’s persistent universe, much has pertained to the emergent gameplay that will be available. Especially after the popularity of Minecraft, there has been a stronger focus upon seeded world generation...

Of the discussion about Star Citizen’s persistent universe, much has pertained to the emergent
gameplay that will be available. Especially after the popularity of Minecraft, there has been a stronger
focus upon seeded world generation to allow for a nearly endless supply of potential gaming
experiences, especially through emergent gameplay, something upon which the aforementioned game
depended heavily even after the inclusion of an endgame. People like the idea of forging their own trail
with the tools provided by the game, and I feel much the same. But Cloud Imperium Games have also
made clear that they want to create a number of hand-crafted events and objects in the universe, such as
a meteor crashing into a planet, an alien egg aboard a ship, or a new, undiscovered jump point in order
to keep the game fresh and offer incentives to keep playing. Awesome discoveries will await, allegedly.
But for all the questions about how they’ll do it, I think there’s another, more pressing one to address:
should they?

Much of what CIG is crafting in the game as a whole has already existed in one form or another
on a smaller scale, such as mining and cargo hauling, and individually crafted events are no exception.
The one that comes to mind immediately is the way that the developers of the original Planetside
decided to split the continents into separate worlds: by bombarding the planet with meteors in an event
known as “The Bending.” Though the event itself was remarkable to behold, what made it even more
interesting was that only a very few people had the opportunity to see it; two hours before it occurred,
no new players were allowed to log in until the new patch was dispatched, meaning that only those who
were willing to sit and wait (and who were lucky enough to not have the game crash) could witness this
one-time meteor storm. In a way, this made it even more special.
But this kind of event takes time, effort, and most importantly, money to produce, and even
then, there’s no guarantee that it will work. Sure, something like this may be tested, but if something
goes wrong the one time it truly matters, like an unforseen server issue or an unexpected interaction,
then there are no take-backsies. Fellow veterans of the theatre know this stress well. Even if it does go
well, then it’s only experienced once by a limited group, making such an event a questionable
investment—why spend the money on producing an event when it can go towards creating a new ship
or a new line of goods?
Despite the risk, these events can be incredibly beneficial to a game by making people feel like
they’re a part of something special. After all, games are experiences, and what’s more special than a
unique one? They can help create dedicated players, people who will come back again and again,
which means it’s an elegant solution for the problem of low player recidivism. This may be where Star
Citizen has a chance to shine where games like EVE and Elite: Dangerous fall short—the most recent
war in EVE online has drawn many old players as well as new ones into the fold, but it had been a dry
few years in the interim. CIG can potentially provide this kind of immediacy itself without having to
rely on the fickleness of players performing acts of emergent gameplay by creating these one-time
events, events that can make the universe seem alive. The main concern with this is that it’s possible for
these events to seem inorganic or contrived, especially when compared against the shenanigans
perpetrated by EVE’s players, so CIG will have to be as clever as possible to avoid this uncanny valley
analogue.

So what are the best ways to make these worthy investments? There are three methods that
spring to mind. The first method is to make these events as easy to craft as possible, perhaps by
providing a template for them. CIG has mentioned that there will be derelict ships planted especially by
the developers alongside the procedurally-generated ones, and the only way to make any appreciable
number of them is to have a basic template laid out and somehow alter the encounter. If they’re easy to
produce, then it doesn’t matter quite so much if somebody gets bored of the wreck early and decides to
leave; it doesn’t matter
The second method is to give the event far-reaching consequences, even if not everyone was
there to witness it. For example, the granddaddy of discoveries for explorers is a new jump point—their
potential existence is what will keep adventurers excited for each new discovery and get their hearts
going at every new glint in the black sky. Though only a handful of people will be there to witness its
discovery, it will be well-known that one group was lucky (and skilled) enough to have their name
attached to it.
The third method is to make sure as many people as possible will be able to see it. This would
be something like the Murray Cup, which would be advertised well so anyone who wanted to see it
could come watch live or maybe on a screen on a station if they don’t have the dosh to get a front-row
ticket. In this last case, even the people who don’t care about the race would be taking part in the event
by walking past a screen and choosing to ignore it, which exposes another way to interact with an
event: denial. (I could spend an entire article talking about gameplay denial like this, and I expect that I
will in the near future)
To reiterate, these kinds of special events have existed before, but never quite like this.
Instances in WoW are run and rerun while bosses drop and again drop many copies of their swords, but
there’s something cool about the fact that the wreck you’re investigating may very well have been laid
by the hands of a developer; knowing that someone created this specifically, even if it just took a few
minutes of their time, makes it all the more special, especially since you were the one person to find it.
Events like The Bending have a special place in the hearts of gamers due to their uniqueness, and Star
Citizen’s persistent universe has the opportunity to explore that uniqueness in a way that hasn’t occurred
before. Who knows what Chris Roberts will drop into that vast blackness of space?
Fly safe, citizens.