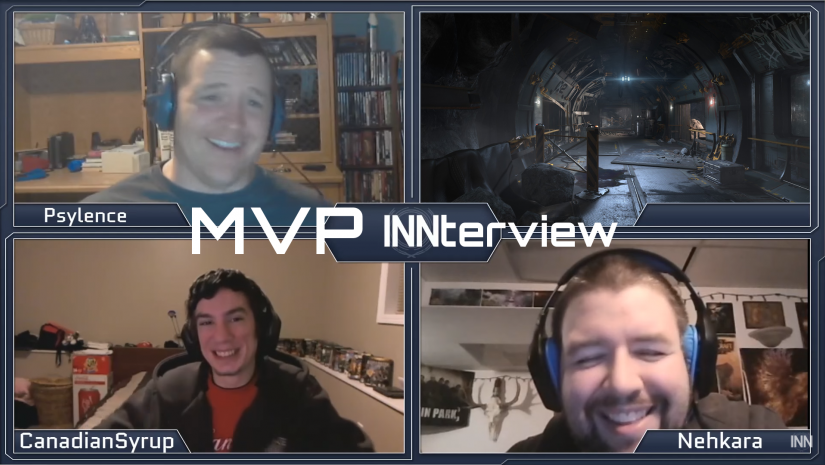 This week on The Relayterviews with the MVPs we snagged CanadianSyrup and Nehkara from The Relay. We’re also doing it a little differently this week, this time we did a video. Once again, we at...

This week on The Relayterviews with the MVPs we snagged CanadianSyrup and Nehkara from The Relay. We’re also doing it a little differently this week, this time we did a video. Once again, we at The Relay would like to thank CIG for the MVP.

Join us next week for another The Relayterview with the MVPs. Next week we have Keneto for his RADAR Globe. Unfortunately he’s unable to join us for a Skype call, but rest assured this won’t be the last time we do a video interview.

And now, time for a Note from Erris!

Hey everyone, I’m co-opting this post for a second. Shhh, I haven’t told anyone I’m doing this.

Over a year ago when The Relay first started, Nehkara is the one who brought me in. I’d known him already for a while from over on the subreddit, where he did weekly rundowns of the news from Reverse the ‘Verse, and I always thought what he did was amazing.

And then I joined him in doing it, and discovered how crazy and exciting and weirdly fun it is to transcribe CIG’s content. It’s… it’s hard to explain how it’s so fun. But it is.

Nehkara and I transcribed content together for about a year, and then we brought Canadian Syrup on to help the team out.

And CS has taken over, and is now essentially running our transcripts. It started as just myself and Nehkara, now it’s CS, and Stormy, Shiver, Sunjammer, WangPhat, Psylence, and more. It’s a great team, it’s a growing team, and to all of our transcribers, you’re the best.

And to everyone out there who enjoys our transcripts, you also the best.

And to CIG, for giving us so much content to write about, you also also the best.

The guy that talks way too much.