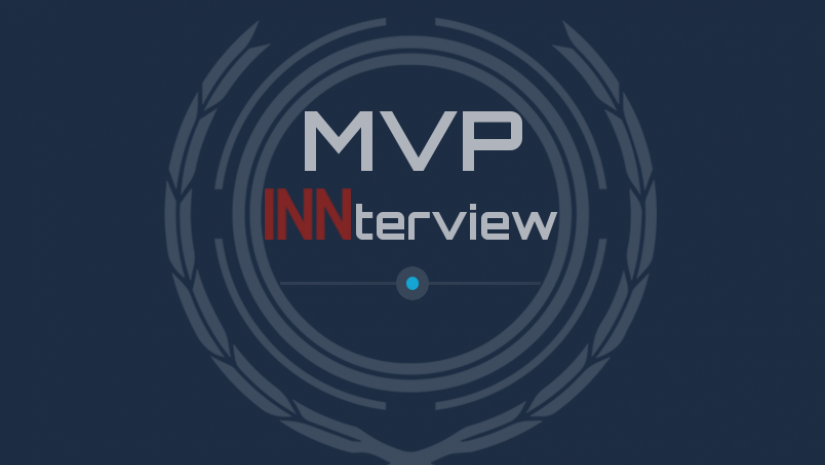 Welcome back to another MVP The Relayterview, this time with Ghost! MVP Starts at: 36:57   Ghost recently moved from Canada to the Netherlands and is fluent in Dutch and English. He was given his...

Welcome back to another MVP The Relayterview, this time with Ghost!

Ghost recently moved from Canada to the Netherlands and is fluent in Dutch and English. He was given his MVP for his video: What is Star Citizen – Full Explanation by GhostTube

After tracking him down across several platforms (The Relay always gets their man…) we locked down an interview on Skype. Instead of sending a veritable hoard of questions through E-mail, I’m going to badger him with questions via voice. To begin with, thank you very much for sitting down with us Ghost (GhosTube on the SC site and YouTube), the interview was appreciated!

A: I’m a big fan of Sci-Fi, space, and astronomy. I’m so obsessed with how things work and space. I see Star Citizen almost like a future simulator. In Star Citizen you can just do whatever you want.

When I wake up in the morning, and turn my computer on, I pull up my browser and press ‘r’ and the first thing that pops up is reddit.com/r/starcitizen/. I check that every morning, first thing. I read some stuff, comments, and then I usually start in on what I’m doing with my day.

Q: Do you have a background in multimedia such as video or sound editing?

A: No. I just self-taught myself and do it for fun. I feel like you can go to school for it, or you can just try to learn it yourself.

Q: What are the specs on the computer you run SC and do your video editing on?

Motherboard: Hero Formula VII – I don’t recommend the one with the shielding on it. Apparently that one comes with a bad battery or something, and in order to replace it you have to take off the shielding and that literally breaks your motherboard.

And a HUGE CPU fan.

Graphics: Some crappy one, since it’s just for recording.

Capture Card: Solaris Japan – SC-512N1-L  This is the most important thing. Especially if you want to do YouTube’ing! It’s 1080P and it works really well.

Microphone: Electro Voice RE20 with a big boom arm to a Behringer Mixer to an external sound card (Scarlett 2i2).

Q: How did you come up with the idea for the video?

A: I have a deep passion for the game and I felt like the only video out there was outdated. Then my friends were asking about the game, and I just really wanted to help the community. To provide, you know, something for the game that I’ve grown to love.

Q: What program(s) do you use for the editing?

A: Premiere Pro. That’s it. I just use that. And Notepad to write my script!

Q: Did it really take you 60-hours, or are you only counting the editing part of the process?

A: Start-to-finish. I wrote the entire script, I did a lot of research, watching other’s videos. I thought it was a good idea since most of the videos were out of date. If my video is out of date, then I’ll make a new one.

A: There’s two things that are hard for me. I think the editing isn’t too bad, but the writing was hard. Trying to write a script that’s just one, complete, story that’s fun to listen to is tough.

The other hard part was the voice recording. There were times where after saying it 20-times in a row, I just had a hard time being as enthusiastic. Then there’s also some times that if there’s one little mistake in the video you have to move everything around. Sometimes there’s one thing you put at the end of the video and you decide, “Oh it would sound better if I say it a bit earlier in the video.” So you have to move that around. It’s crazy, it’s fun and I love it. I actually still have all the files I ended up working with.

Q: How many files did you end up using?

A: In my project folder is a total of 118 files. And that’s after I delete files that I know won’t work. It was a lot of stuff to go through.

Q: Do you have any advice that you could give someone who’s just starting out making videos?

A: Stay away from the weird transitions. Look at it like a million times yourself. When I make a video, 25% of the time that I make that video I’m watching that video. I have seen my own video a lot of times. And if it still looks good in my eyes, even after all that, and what you’re saying makes sense, then that’s good!

Q: What has changed from your first video till now?

A: When I first started doing them, I would talk and play the game at the same time. So I would make a lot of ‘uhhh’s while I think about what to say, because I wanted to sound interesting. So I just realized that it was really important to do a script, because it makes the video easier to listen to and flow better.

Also, write the script first! Then record. Then grab footage. Don’t get the footage first, or you start having to cut and stretch things a lot. If you already record your script, then you know how long your footage needs to be and you’ll always know for sure that you won’t have too little footage for the audio.

Q: What are you most proud of in relation to your project?

A: That’s a hard one. I don’t really look at my videos like that. Whenever it’s done, I’m just really proud of it. If I had to say, I think the way I used all my footage and how it looks. How I made my video explain the story when I talk about it. You know, because of this video, there’s a lot of footage I’ve never seen from Star Citizen until I started to go through the process. It actually got me even more excited about the game.

Q: What didn’t you notice before about Star Citizen?

A: I never saw the whole video of the Andromeda going to that planet, where the alien is on the ground. I never saw that one. Funny right? Because it’s such an iconic one and even my friend was surprised I hadn’t seen it. I really liked it because it gave you the whole multi-crew feeling and that Interstellar exploration.

A: Yeah! The Stay Citizen fail! That was because the final stretch, when I was about to finish the video, I actually worked on it for 16-hours that day. So I was really tired, that’s why that typo was there! I felt horrible about it.

When I uploaded it I had it scheduled to release at 7. So I was sleeping when it released. I scheduled it because I wanted to make sure that it was going to be Full HD. Because when you upload something, if you don’t schedule it, it comes online in 360P. I didn’t want to do that! I wanted the people who watched this to be able to see it in HD right away.

Q: Where did you get the music you used?

A: Well in the “What is Star Citizen” video I already finished the editing so I knew how long my video was going to be. Then I went onto the Star Citizen site, and just recorded the music straight from the Star Map. I just went off and had lunch while it was recording it so I could make sure to have a seamless loop.

For my other videos, I use my friend’s music. He’s a Belgian guy, Wiljan’s his name (Sound Cloud – Wiljanmusic). People should check him out. He makes really good music, but he’s not very known. People haven’t really discovered him yet. I’m very lucky to have good music to use for my videos.

A: I don’t know what my favorite ship is. I have an Idris, so probably that because it’s just so big. I don’t know though. I wonder if I can fit a Connie inside the Idris?

I suppose if I really think about it though, honestly, it would probably be the Carrack. Exploration is something that I will do a lot.

Q: Why the Carrack?

A: I love the way it looks! It’s just… It has this beautiful design. It’s really wide, but it looks fast as well. It comes with this giant rover/tank thing that you can drive around in and it just looks super cool. There’s a lot of things that you could do with the Carrack. That’s great for me. But, honestly, I love all the ships – even the Aurora. The Retaliator. Just any of them! I love them all.

A: I don’t know how I felt. I was surprised and I was happy. I felt like people appreciated my work. Seeing all the people saying, “Oh this is great! I’m going to show this to my friends!” That’s what I wanted.

A: I just would like to say, keep supporting all those YouTubers. There’s not a single Star Citizen YouTuber I probably haven’t watched. They all have their own different qualities and styles. Just keep being excited about the game, and soon the game will be here! Keep funding!

A: I think you covered everything. It was fun doing the interview. I just hope that people continue to enjoy my videos.

Thank you for the Interview.