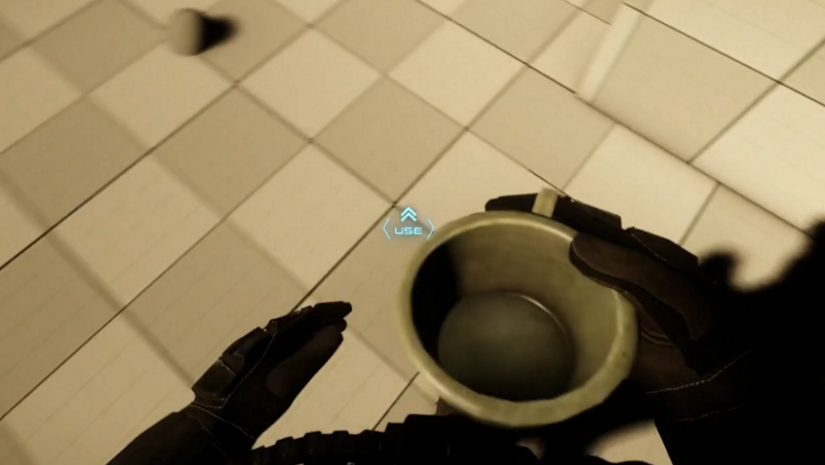 Hello there fellow Citizens!  Read on to hear The Relay’s thoughts on the recent unveiling of Grabby Hands! GRABBY HANDS!  A cheesy name for an incredible feature. CIG has repeatedly insisted on creating a detailed...

Hello there fellow Citizens!  Read on to hear The Relay’s thoughts on the recent unveiling of Grabby Hands!

GRABBY HANDS!  A cheesy name for an incredible feature.

CIG has repeatedly insisted on creating a detailed, fidelity-laden, immersive game universe with Star Citizen.  I feel that they have taken another step in that direction with this feature unveiling.

Grabby Hands was shown for the first time a short while ago in the Cargo Interaction design post.  It is how characters in Star Citizen will interact with the environment… and it looks promising!

I know this is perhaps obvious, but all of the demonstrations below are work-in-progress.

As you can see from the video, the character is able to pick up, drop, and position objects in the game world.

Right away, while I think this is a very cool mechanic, I am also cognizant that they will need to have a lot of objects in the game world “locked” down so that players don’t make a disaster out of planetside environments.  There has already been some discussion about what happens to all the objects in your ship if you’re hit by a missile, or have to decelerate suddenly.  Do all your trophies, guns, clothes, etc… go flying around the ship?

On the flip side… it could be interesting little mechanic if players could help clean up economically downtrodden outposts by banding together to clean up the trash… and perhaps occasionally throw it at their friends.  You can imagine throwing a party on an 890 Jump, putting alcohol and food out for guests, and then having to clean it all up again after.

As with most aspects of Star Citizen, the fidelity CIG are building into the game seems daunting, but if they can succeed it’ll create a much more vibrant, realistic world than ever before.

The second demonstration shows how two-handed objects will be handled:

A key feature that appears here is the ability of a character to move an object without directly picking it up.  In the clip, this allows the character to position an ammunition box so that he can pick it up, but in the PU, this could mean that, should you brush too close to a weapons rack, they’ll all fall down.  Or if you run too quickly through the narrow corridors of your ship, you might knock down paintings, crates, etc…

The third demonstration, arguably the most impressive, shows the coin flip.

This third clip shows a character reaching out and picking up a small object, a coin, and then throwing it up in the air and catching it, over and over.

While the clip seems scripted (the coin always flips at the same speed), it definitely helps to show the amount of fidelity CIG are trying to build into the game.  Right now, it’s starting with flipping coins, but as The Relay member Anglomanii mentions, coin flipping isn’t far from knife and axe throwing.  Out of ammo in your pistol?  Toss it at the enemy in an inevitably futile attempt to buy yourself some time before they blast you out of the sky, leaving your broken and laser-burnt corpse to float slowly out the airlock.

Apologies, I’m getting carried away.

Lets continue.  Under the coin-flip video, CIG states the following:

When holding a useable item, look down at it and double tap [F] to use the item. While an item is in use, double tap [F] to unused the item and return it to the cargo state. This means that any personal item you might use (such as a gun, or a flashlight) can also be stored as cargo.

The next clip from the design post gives an excellent example of this.

Watch as the character picks up a gun, transfers it to a usable holding position, holsters it, un-holsters it, and then drops it.  This amount of item interaction, especially with being able to pick up a gun as simply an item, and then change to using it as a gun, is, I believe, unseen in other games.  While CIG will still have to build dozens, if not hundreds, of different ‘use’ states into the game, the ability to go from item, to used item, back to item, creates a much more realistic world.  Sit down in your pilots chair in your Freelancer, and drop a shotgun into the passengers seat.  Watch as a cutlass and her pirate crew board you, pick up your trusty shotgun, and then watch as the Pirates drop their pistols and put their hands up, confronted with superior firepower.

Finally, a game where you will truly be able to order an enemy to Drop.  Your.  Sword.  Sorry, wrong form of media.  Drop their gun, and they will be able to comply.

CIG explain this one best:

Every container has two key statistics: Standard Cargo Units (SCU) and Number of Ports. These define everything the game needs to know about loading a container onto a pallet or attaching it to a ship. SCU defines the exterior dimensions of the container in cubic meter increments, while the number of ports defines how many discrete slots into which items can be placed are available. Ports are 0.25m spaces.

In this example, the container is a 2SCU, 63Port container (a 2.5m x 1.25m x 1.25m container with a 2.25m x 1.0m x 1.0m available interior space.) Items are also rated in the number of Ports they occupy when placed into a crate: a pistol is 1p, a rifle is 2p, a missile is 6p and so on. When an item is released inside the containment field of a crate, the item latches onto the nearest port and animates into place.

This is a pretty self-explanatory example, but all the same, it shows the depth and control players will have over their cargo in the Persistent Universe.

The next video clip is the most beautiful, and not only because it shows the greyboxed interior of the new Freelancer.

Not only is the Freelancer interior shown in this image substantially larger and prettier than the old model, but this clip shows how much control over where in our ships we want to put objects.  Hide a shotgun under the chair, put a model of your ship in an alcove in your ship, scatter ammunition in hidden cubbies, close to hand if you’re ever boarded.

Put a nice little lamp beside your bed, and accentuate it with some period wall-hangings, a fruit-bearing bonsai, and a radio playing smooth jazz.  Give yourself a nice, personalized space.  The ships you own will be yours, inside and out, and being able to customize the ships in this manner…

What doesn’t defy words though is the Freelancer!  It’s so much bigger!  It’s gorgeous!  It’s got a kitchen table and a sizeable shower and a larger cargo hold and more room up front and and and…

Apologies.  Nehkara has slapped me, reminding me that we are talking about Cargo here, not the Freelancer.

The next video shows the Pallet system:

The Pallet system suggests we need not be concerned.  Grab what you want, put it on a pallet, or in another container, load up the pallet with what you want to move, and then move them all at once into your new, larger Freelancer that can be seen at 0:34 seconds of the clip.

The Design post continues and talks more about the Cargo system, and the SCU system, and how they’re used in ship cargo bays, talks about how you will be able to manage a ships cargo from its cargo bay manifest, making it so you don’t have to individually load up 700 containers of goods.

The Design post even provides some absolutely gorgeous mockups of what the system will hopefully look like.

But there’s no more discussion about Grabby Hands, which means this is a perfect place to wrap up.

Grabby hands, as a system, is still very, very early.  It shows hitches and glitches, even in the curated videos CIG have shown us.  But at the same time, it shows an immense amount of promise.  The ability to interact individually with each and every item in the game, to place them how we choose, to use them how we choose, the Grabby Hands system is going to be an integral part in the game as a whole, and will, if successfully implemented, help to further cement the realism and fidelity that have been shown in every other system of Star Citizen so far.