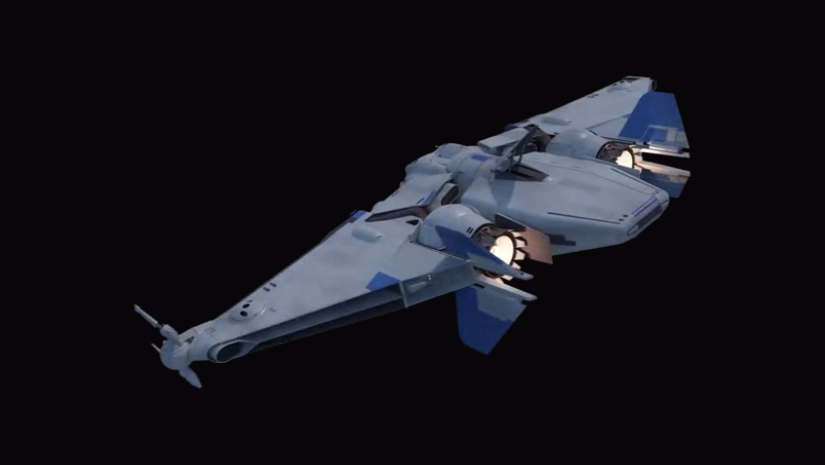 Greetings fellow Star Citizens!  Today I will be giving my thoughts and analysis on the recently completed MISC Reliant concept sale.

The MISC Reliant concept sale occurred recently from May 22nd to June 1st.  This concept sale was interesting for a variety of reasons.  Some people were excited about it because we finally would have a two seat starter ship.  Some were excited because it afforded them a method to cheaply get LTI, which they will be able to apply to other ships via cross-chassis upgrade in the future.  Furthermore, there were folks like us at The Relay who were amazed and thrilled to see a News Van variant announced of this little ship.  Even beyond that, you have the folks who love the Star Wars aesthetic brought to us by David Hobbins who was the concept artist for the Reliant and is also working on the new Star Wars movies.

Past even all of the above reasons for excitement, the ship we were shown is a intriguing little vessel with a heap of versatility and some interesting features such as a slightly asymmetrical design and alien technology (allowing it to switch from horizontal to vertical flight modes on the fly).

This article will focus on comparing the Reliant concept sale to previous concept sales, while also briefly touching on the Starfarer Gemini.

More importantly, the MISC Hull Series brought with it a greater understanding of the cargo mechanics in Star Citizen.  You can find those articles below:

It was great to finally get a better grasp on how cargo will be handled in Star Citizen, since it is such an integral part of how the universe will function.

The Starfarer Gemini is a neat ship that sort of highlights again the great part of the community’s feedback and interaction with the CIG development team.  The Gemini was originally just flavour text in lore and wasn’t really being considered to be a ship you could pledge for.  However, the community seemed intrigued by the idea of an armed and armoured fuel tanker and that led to CIG deciding to go ahead and create the variant for us to add to our collections.

Some of you may be asking why the Starfarer Gemini didn’t get its own concept sale analysis.   Well, the fact is that I wasn’t sure it should qualify.  The still-limited base Starfarer went back on sale at the same time and will have skewed the numbers for the Star-G to some extent.  Therefore I felt it was perhaps not necessarily in the same league as some of the other concept sales noted in this article.  However, the base Starfarer has been available numerous times and you would imagine that most people who wanted it had previously picked it up.  Therefore, I came to the interesting conclusion of including it in THIS analysis but not giving it one of its own.

During the Starfarer Gemini concept sale, CIG released a three part Q&A about the base Starfarer and the Star-G.  You can find those here:

Frankly, for a variant of a fuel tanker, I think the Star-G’s concept sale went quite well. That said, it doesn’t come close to reaching the heights of the Orion, Reclaimer, Vanguard, or Hull series. Interestingly… the Star-G’s sale in terms of actual funds came remarkably close to that of our feature concept sale ship… the Reliant!

The MISC Reliant is a versatile starter ship featuring an array of xenotechnology courtesy of MISC’s business relationship with the Xi’An.  This is the first of a new classification of Tier II starter ships and is currently the only two seat starter.  The base Reliant is described as a mini-hauler but it can be outfitted for any number of roles.  In addition, CIG have already outlined what the Reliant variants will be:

Obviously the folks here at The Relay have a particular fascination with the News Van variant of the Reliant and plans are already in the works to add those to our planned fleet of news ships (mostly Drake Heralds up until now).

During the Reliant concept sale, CIG released a two part Q&A about the ship.  You can find those here:

The Reliant’s sale went well.  It did not bring in the same kind of funding as the Vanguard or Reclaimer but that seems to be is mostly due to its much cheaper price.  As you will see noted below, in terms of actual ships sold the Reliant is the winner of all of these concept sales by a landslide.

Illustrated above:  The Reliant starts off somewhat better than the Starfarer Gemini but after that the sales mirror each other very closely with the Reliant finishing just ahead of the Star-G.

Illustrated above:  The ROUGH comparison of the number of ships sold in various concept sales.  As you can see, in terms of ships sold the MISC Reliant is the clear winner, unsurprisingly.  The MISC Hull Series was omitted because it was impossible to get even an approximate figure because 5 ships were solid simultaneously.  The numbers above are inexact because it is impossible to account for other sales activity and the use of RSI store credit by some to purchase ships, so the chart is best used for comparison purposes.

An illustration of the number of Citizens and members of the UEE Fleet at the beginning of each concept sale.

Overall the MISC Reliant concept sale saw more than double the ships sold in comparison to the Vanguard – the reigning champ for funding.  Meanwhile, it brought in less than half of the funds of the Vanguard sale.

I think  the success of a sale should be judged primarily on the popularity of the ship.  Almost everyone I discussed the Reliant with in the Star Citizen community loves this little Star Wars-inspired vessel.  In addition, there are at least 19,000 of them now populating the account pages of Star Citizen backers.

I am excited for the future of this starship.  She seems like a worthy addition to the fleet and hopefully some day you will see The Relay Reliants flitting from system to system, capturing all of the latest news from the ‘verse.