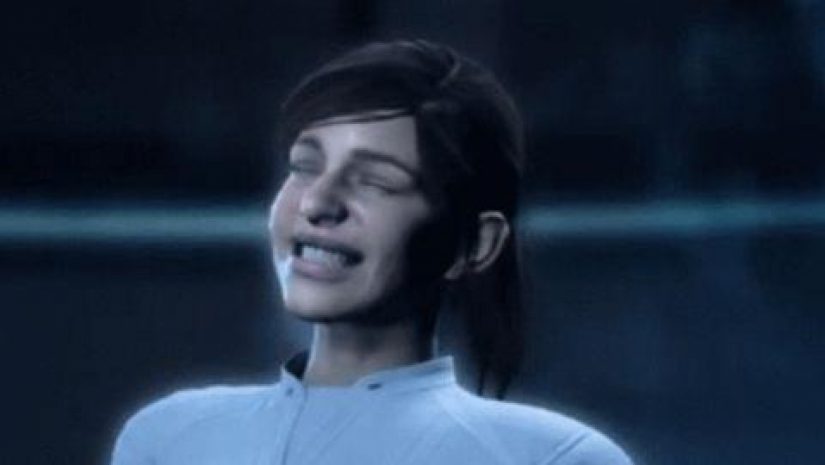 Why My Time with Mass Effect: Andromeda Made Me Appreciate Star Citizen Written Tuesday 2nd of May 2017 at 11:11am by JakeAcappella

As many who have followed our podcasts may know, I am a huge fan of the Mass Effect franchise. It was my favorite series of the previous generation, and Mass Effect 2 effortlessly became one of my favorite games of all time. It’s one of the few games I’ve played multiple times. In fact, my recent playthrough of the series was my fifth, which made my total hour count somewhere in the 400s. It’s a series very near and dear to my heart, which made my disappointment with Mass Effect Andromeda all the more bitter. I’ll get into why shortly.

Considering you’re reading this on a Star Citizen news website, you’re probably wondering what this has to do with Star Citizen. After finishing Andromeda last night, it got me thinking about how many times a lot of people (including myself) referenced it alongside Star Citizen and Squadron 42. And how many of us said releasing Squadron 42 alongside Andromeda would be a mistake on CIG’s part. Whether or not that would have been true is another conversation, but after playing Andromeda I was able to see a lot of the problems it has as things that Star Citizen solved.

The most glaring problem immediately noticeable is the character animations. You can absolutely tell that a lot of work went into them. The eye movement (after first patch), the facial expressions, the subtle muscle movements are all there. But it’s very apparent that not enough time was given to the animators to go in and clean up the animations, making quite a few scenes lose the emotion and gravitas intended by the writers. There are some major story scenes that are animated beautifully, which tells me more time was spent on them. There is an incredible amount of dialogue in Mass Effect, so not having enough resources for this seems like an incredible oversight. I’m not expecting Uncharted level animations, but it really should be better than this.

The biggest problem I personally have with the game, however, is the overall user experience. Menus and sub-menus take just a hair too long to open, adding a lot of time to things that should take a couple seconds. Things that should be easily accessible are buried under menu after menu. Not only that, changing things as simple as what weapons and armor you have equipped can’t even be done from the menu. You have to either be starting a mission, landing on a planet, or visit a fast travel point. A lot of the functionality of the weapon wheel from previous games has been removed, watering down the more complex combat and power combinations from Mass Effect 2 and 3. To add to that, you can only give very basic “attack this” or “move here” commands to your squad members, further removing any strategic nuance the previous entries had. All of this led to me using essentially the same loadout throughout the game, since changing anything was a huge process.

Don’t get me wrong, I did enjoy my time with Andromeda somewhat. I must have, anyway, since I clocked about 55 hours into the game. The combat (at least the minute-to-minute mechanics) is the best it’s ever been, and I actually really like most of the characters. Except you, Liam. You’re worse than Carth.

But the aforementioned problems, not to mention bugs galore and a clearly unfinished story, soured my experience, and made it very difficult to recommend a purchase. Now this is completely speculation on my part, so take it for what you will. The timing of Mass Effect’s release seems to be a clue as to what went wrong. Mass Effect was originally slated to come out in the last quarter of 2016, but was pushed to the end of the first quarter of 2017. This is the end of the fiscal year for EA, Mass Effect’s publisher. Another clue is that there was next to no marketing up until about two months prior to release, which is very out of character for EA (see the current marketing push for Battlefront 2, a game six months from release). Additionally, a patch correcting a significant portion of the problems with Andromeda was released within two weeks of release. This leads me to believe that Andromeda’s problems are rooted in the fact that they needed to release it before the fiscal year was over, ready or not. Which it most definitely was not.

Now let’s talk about Star Citizen. Let’s face it: Star Citizen is taking a long time to develop. As one of the many long-term pot-watchers, it’s been a very long 5 years waiting for the boil. Personally, I enjoy being a part of the process and getting a window into something that has never before been done in the industry. But a lot of people look at things CIG is working on and saying they should have different priorities. We see many an Around the Verse episode where they showcase animations being done and redone. We see a significant part of the schedule focused on reworks of old assets and systems. And a lot of people take issue with that. A lot of people wonder why so much effort is being placed on making everything “perfect”, especially in an alpha environment. A lot of people take issue with Chris Roberts’ insistence on the highest quality animations, UI, assets, narrative, design, and so on and so on. Years and years of development of back-end technology, such as 64-bit floating point, subsumption, procedural planets, and numerous others, without much to show to the end-user.

Mass Effect: Andromeda should be proof positive that this effort isn’t wasted. I thought about Andromeda for a long time after I finished it. I haven’t been so let down by a game in a very long time. And it wasn’t because the game was bad, it was because it really wasn’t given the amount of time and energy it needed to be what the original Mass Effect trilogy was. It was so very many small problems that all equate to one thing: lack of polish. So when Star Citizen is insistent on polish, insistent to a fault (looking at you, Squadron 42 vertical slice) that everything needs to be perfect before it can be shown, I definitely won’t complain. And I hope more people learn to do the same. One of the reasons I, and many others, supported this project is because it is being made free of the restraints of a publisher. Free of the need to please investors over the people actually playing the game. Free to say “the sky's the limit” and mean it. Take as much time as you need with Star Citizen, CIG. It’s worth it.