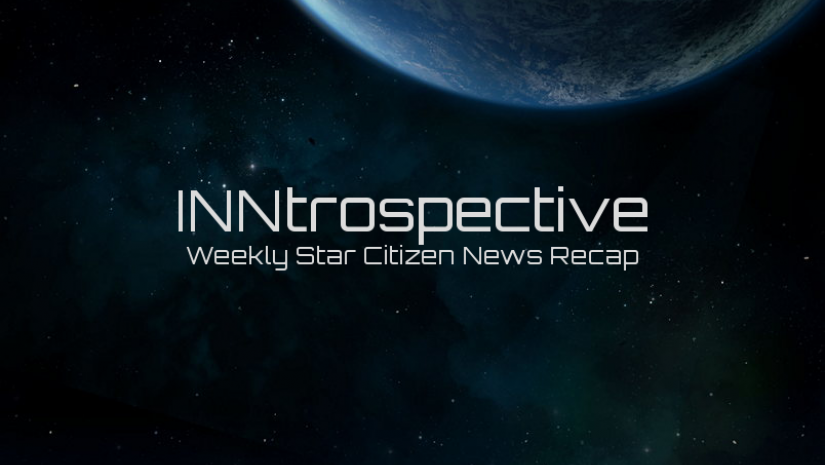 Writeup by Legorobotdude No video this week, sorry guys ATV:   – Chris Roberts is back!  The squadron 42 shoot is over and after a brief visit to Foundry 42 Germany he is back in...

No video this week, sorry guys

– Chris Roberts is back!  The squadron 42 shoot is over and after a brief visit to Foundry 42 Germany he is back in Santa Monica.

– There will be two new flyable ships in 1.1.5.  The Merlin will be available for everybody and Scythe will be unlocked for those who have purchased it or unlocked it through subscription perks.

– Changes to the decoy hologram – will retain the stance the player was in when they placed it.

– Changes to grenades and gadgets, before you would have to select them in your hand before you could use them.  Now it’s a quick throw action.

– Cooking is in for grenades – you can trigger it and then throw it right as it’s about to explode… but hold on to it too long you will blow up along with the grenade or if you get shot the grenade will fall to the ground and blow up after you die.

– Changes to electric shotgun – it was overpowered so they have slowed down how fast it can shoot, added some animations between shots to support this (cocking animation and vents opening on the side to dispel energy) and communicate to the player that the gun isn’t ready for the next shot yet.

– If you have a Constellation Andromeda, Aquila, Phoenix or a Carrack or an 890 JUMP you will get a Merlin attributed to your account.  For the Andromeda and Aquila it will be to keep.  For the rest it will be a placeholder as you wait for the Archimedes/Carrack Scout Ship/85X to be done.

– Thanks to Erris for sending in Star Citizen coasters for the Santa Monica office!

– Next concept will be the Endeavor, has modular pods for different purposes, deciding which pods will come with it

– James was working on the ship schedule this week. Will be posted on the forums today!  Something more fancy eventually. 97 different ships on it.

– Alyssa is working on GamesCom planning.  Big meeting with AV company this morning.

– Did a 8 page script figuring out hour by hour what’s happening at all 3 locations they will be in @ GamesCom.

– Sneak peek was SQ42 stuff, a hospital room from the MacArthur Naval Hospital in the Kilian system.  Hospital systems used here will also be used on the Hope-class hospital class ship, which Ben was working on design for this week.  Talked about triaging, recovery rooms and operating rooms, ambulance bay.

– Physical based damage is very close, definitely coming this year (that’s what the question asked)

– Vanguard variants are being concepted by Gurmukh Bhasin.  You will see more about this with Lisa and Gurmukh on an upcoming Ship Shape.

– Pirate Swarm is still in the works, saw the backer-created one, will use feedback from that one to make the official one better.

– 64 bit conversion is in and done, you will see the large world maps at GamesCom.

– 2.5 hours in 350R to fly across current large world map.  Just going to get bigger.  Thousands of km now, will be millions of km in future.

– Lisa started a thread in Ask A Dev for ship questions, when she has time she will answer questions there.

– Once the new damage system is out… it is a complete revamp of every weapon and component.  At that point it will be much easier to lock down balance.

– [Will the Merlin borrow the Connie’s radar?] That was the plan but through some component resizing they got to the point where the Merlin fits a light size radar in itself. Won’t be tethered to Connie’s radar system now.  Light radar will not be as effective as a full radar.

– Snub fighters/scout craft will not get quantum drive or jump drive.

– Merlin doesn’t use the cradle anymore.

– It’s the parent ship that installs the docking hardware. That sort of stuff will be available in the finished game to install on your ships.

– Merlin has a little bit more fuel than an M50, but it doesn’t recharge.  Once you are out of boost, it’s gone.  You will still have the normal propulsion, though.

– Hope-class is going to be the same ship chassis as the Endeavor.  They have built the base already, very MISC-styled, has an attachment grid for different pods.

– The Retaliator will use the same tech – 16 different chunks you can use to create your Dream Retaliator.

– Herald is next up after the Merlin and Scythe.

The PTU was released on Saturday, with the Merlin and Scythe both flyable.